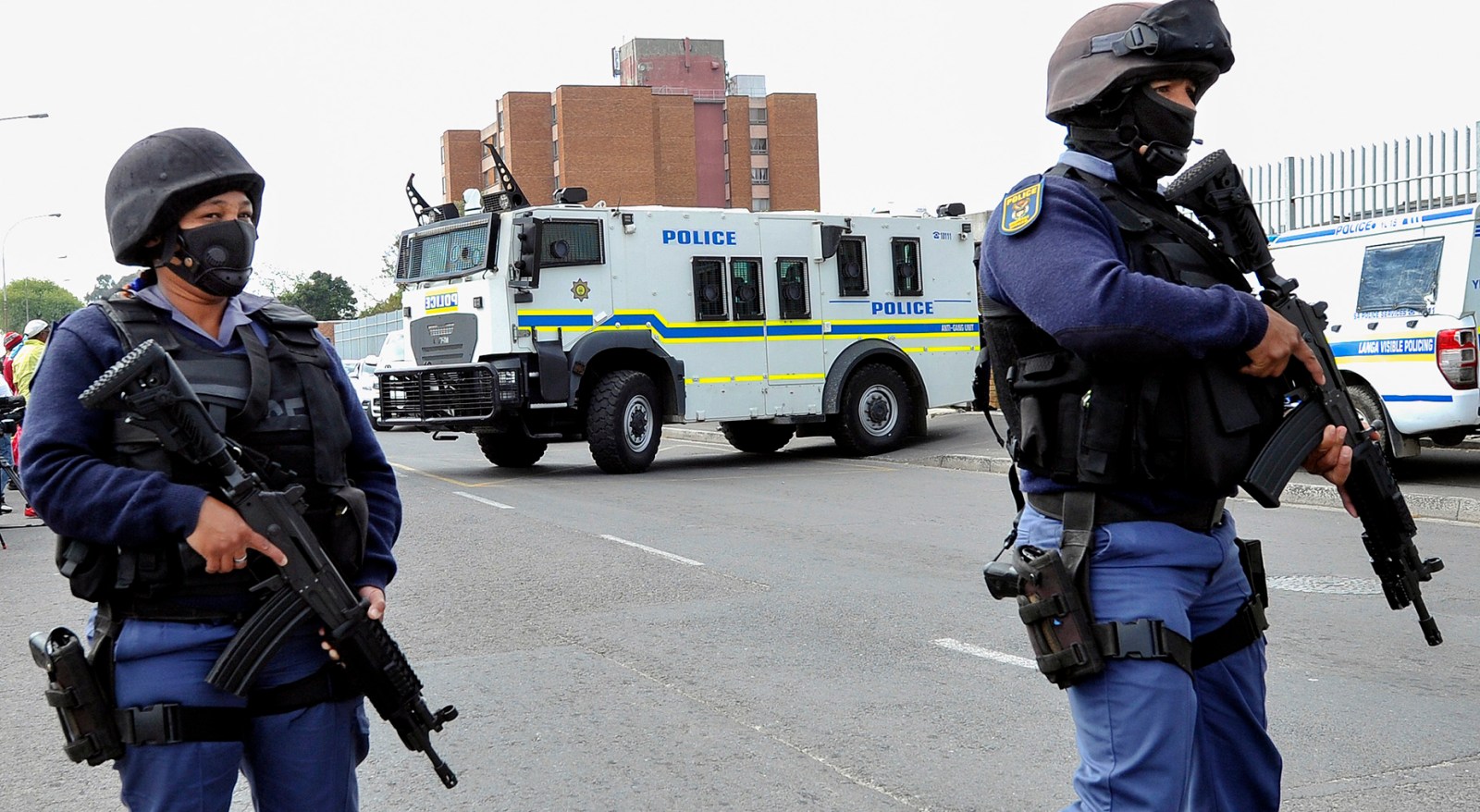 One of the police officers who worked with assassinated Anti-Gang Unit section head, Lieutenant-Colonel Charl Kinnear, on busting a nationwide illegal gun-licensing racket, has been forced to vacate a secret location.

Maverick Citizen has learned that “bikers” had been spotted around the property where Lieutenant-Colonel Charl Kinnear’s fellow officer was ensconced in a “secret location”.

The location was compromised when murder suspect and co-conspirator Zain Kilian surveilled Kinnear’s every move from at least May 2020. Kinnear had visited his colleague during his final trip to Gauteng.

During the tracking period, Kinnear regularly visited the location of the officer who partnered him on a nationwide gun-racket investigation implicating corrupt police officers.

The officer now fears for his life and that of his family.

“On Monday, 5 October, I was told by my commanding officer that I will be relocated with immediate effect. The lives of everyone who worked with Kinnear on the gun licence racket are in danger.

“We have heard that some of us will be taken out, but we don’t know when,” said the officer whose name is known to Maverick Citizen.

Kinnear was killed on Friday 18 September in front of his house at 10 Gearing Road, Bishop Lavis. Kinnear’s phone was tracked and a “hit” coordinated.

Meanwhile, a relaxed and confident Kilian appeared briefly in the Bishop Lavis Magistrate’s Court on Monday, 5 October. Kilian did not try to hide his face, displaying his trademark tattoos on his neck and head.

His advocate, Eckhard Rosemann, argued that Kilian should be granted bail.

But his hopes were soon dashed when prosecutor Greg Wolmarans told the court that the Bishop Lavis court was not a suitable venue to hear Kilian’s bail application due to security risks.

In the past, there have been shooting incidents outside this particular court. It is also situated in the heart of the 28s and other rival gangs turf. This elevated the risk that Kilian, a key witness, could be “got at”.

The case for the prosecution has revealed that, at this stage, Kilian claims he had been approached by a person called Mohamad to track Kinnear’s phone.

Wolmarans said that in agreement with the defence, the bail hearing would be relocated to another court. A provisional date has been set for Friday, 9 October.

Rosemann was unhappy with the timing and said the incarceration of Kilian for 15 days was a “gross violation” of his rights. He argued that he was ready to proceed with the accused’s bail application.

Rosemann asked whether the investigating officer who had tracked Kilian’s phone had done so legally. If not, then all evidence gathered would be “inadmissible”, he told the court.

Wolmarans said the matter of the subpoena or the admissibility of evidence was not what was being dealt with during the bail application. Rosemann was free to apply to the NPA to access all information, he added.

Meanwhile, the presence of Hawks investigator Paul Hendricks at the Bishop Lavis court raised a few eyebrows. At this stage, it is not clear whether he is heading the investigating team probing the murder of Kinnear.

Hendricks was the investigator in the murder of Anni Hindocha. Her husband Shrien Dewani, accused of her killing, was acquitted by Western Cape High Court judge Jeanette Traverso.

Hendricks was also involved in the investigation into the assassination of underworld kingpin, Cyril Beeka, who was killed on 21 March 2011 in Modderdam Road. Hendricks’ testimony in January 2011 in the Cape Town Magistrate’s Court was that alleged gang leader, Jerome “Donkie” Booysen, had been a suspect in the matter.

The Beeka murder investigation has since gone cold.

Nicolette Kinnear, Charl Kinnear’s widow, confirmed that a special investigation team has been dispatched by national leadership to spearhead the hunt for the killers

Kilian will appear on Friday, 9 October 2020, to determine which court will hear his bail application. MC