Somizi shows what it is to be human 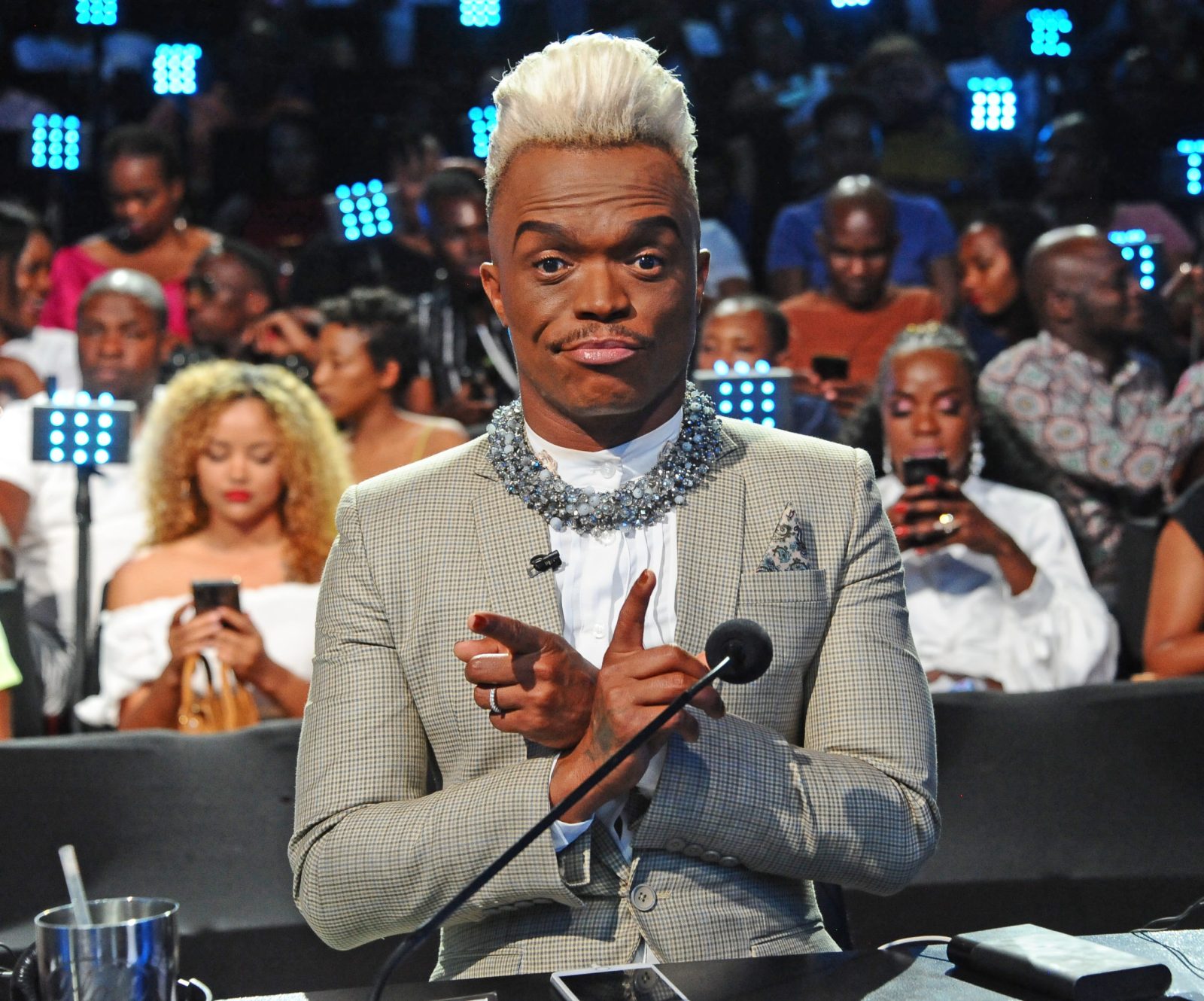 Somizi Mhlongo during the Idols SA S15 Top 7 performance at the State Theatre on October 06, 2019 in Pretoria, South Africa. Viewers have seen many highly talented individuals who are all fighting for the prize as well as the title of South African Idols Season 15. (Photo by Gallo Images/Oupa Bopape)

These days he may inhabit the high hallowed halls of celebville, but Somizi reminds us that we are all complex and flawed people.

No sooner had Somizi batted away allegations that he had stolen the concept for his TV cooking show, he was launching a social media giveaway for its viewers, while also celebrating his first wedding anniversary with his partner, Mohale Motaung.

You would expect nothing less from the child of two TV stars, Mary Twala and Ndaba “Mshefane” Mhlongo. Somizi Mhlongo has seen – and done – it all before.

He moves like someone who lives by the mantra “Today’s papers are just tomorrow’s fish and chips paper”. As far as Somizi is concerned, the show must always go on.

Over two weeks ago, Somizi and the producers of his cooking show, Dinner at Somizi’s, were faced with allegations of intellectual property theft by Hastings Moeng.

As is customary now, he took to his Instagram to address the accusations, denying everything – before making the ill-advised remark that Moeng “could have copyright [sic] the idea right and sold it to anyone”.

“I did not steal anybody’s concept and I will never again claim I came up with an original concept. I was inspired by a whole lot of shows,” he added.

It irked many observers, myself included, who have long been leery of the insularity of the South African entertainment industry, where production companies and broadcasters hire untrained personalities to front shows and campaigns.

South Africa is beset with joblessness and unemployment is sadly a lifestyle for many creatives, including those who are university trained. Just this week, Mohale had to deny claims that he bagged a role on M-Net’s new telenovela, Legacy, thanks to his partner’s far-reaching sway in the entertainment industry.

This piece, however, is less about whether he is answerable for this latest implication. Of course, it is not Somizi’s fault that he has friends in high places and charisma in bucket-loads to boot. He is tremendously entertaining to watch, whether it is on Dinner at Somizi’s, Living the Dream with Somizi, Idols SA, on stage while hosting events, or even on his IGTV channel.

“I’m not a singer, I’m not a radio DJ, I’m just passing by,” he has said previously, “because I am multitalented and I have guts. I have the chutzpah. Do you know what makes me millions? I’m overzealous. I get paid to be overzealous.”

As the title sequence for his reality TV show suggests, he “can do whatever, ningenza noma yini”. These days, Somizi Mhlongo-Motaung exists on a different level of celebville inhabited by only a few in this country. It’s a terrain where the occupants are almost impervious to critics and disapproval. After all, he grew up around divas such as Brenda Fassie, Lebo Mathosa, Yvonne Chaka-Chaka and Miriam Makeba – powerful and outspoken personalities who lived life to the full.

There’s something to be said about a queer man who has had to watch and hear people pick at and degrade him since he was a teenager, and still live and consume life so voraciuosly. In one scene during his reality show, he says: “As a gay man, you grow up not having a sense of belonging because of societal perceptions that being gay is a choice … it does affect me.” Nevertheless, he has displayed admirable resilience.

It’s a strange thing to say of someone who caught the spotlight the better part of 30 years ago when he appeared in Sarafina (and who turns 48 in December), yet it seems as though Somizi truly became a celebrity less than a decade ago.

It is his authenticity that continues to set him apart from others and makes him such a magnetic force. In his biography, Dominoes, he mentions many incidences that derailed him and threatened to end his career, including a rape allegation 13 years ago.

In that sense, to the young ’uns who were only recently introduced to him he is a late bloomer, especially, in an industry that values youth over experience. But if his purple patch was meant to be ephemeral, he has shown an agility and the ability to reinvent himself so often that even the young personalities in his industry have had to whip out their jotters and take notes.

Like a shark can repeatedly regenerate its teeth, Somizi has come back repeatedly – and is now enjoying a feeding frenzy. He is now truly moving from being cultural to iconic in his own right.

Our media reflects society’s general attitudes and whatever one feels about Somizi, his influence has helped spark conversations about LGBTQI+ representation, and indeed, to some degree, paved the way for others, including Moshe Ndiki, Lasizwe Dambuza, and Khaya Dladla. He is now to them – and us – what Fassie, Mathosa and Makeba were to him all those years ago. A reminder that life and indeed stardom is an impermanent thing and should be impulsive.

Still, we expect celebrities to behave (or rather perform) in a certain way, and he is the antidote to the archetype. It is easy to see how his recent successes could not have been achieved had he obliged our political correctness and played nice.

It is his authenticity that continues to set him apart from others and makes him such a magnetic force. In his biography, Dominoes, he mentions many incidences that derailed him and threatened to end his career, including a rape allegation 13 years ago.

Somizi was arrested for sexual assault after he picked up a man who had asked for a lift while he was making his way home from a gig in Johannesburg. His story goes that they flirted and ended up “fondling” at his home after a few drinks. He was ultimately convicted and paid a R3,000 fine, despite maintaining his innocence.

It played to the stereotype that LGBTQI+ folk, especially gay men, were predatory sexual menaces, and no doubt was what led to him being out of work for several years.

After being approached by Lira to choreograph her Live concert DVD, and getting contracted to work on the 2010 World Cup opening and closing ceremonies, Somizi’s work took centre stage once more.

“I’m proud that I was able to be as truthful as possible and remember things as and how they happened [in Dominoes]. Some people write books and feel as though they need to do edits as though the reader is not smart enough to pick that up. They forget that you are sharing a story so that whoever is reading it can find themselves in it.”

In Somizi, we have someone reminding us that, queer or not, we are complex, multidimensional and flawed people who should perhaps hate ourselves a little less for that. If that makes you uncomfortable, don’t put that on him. DM168