This weekend we’re watching: ‘Cuties’ and the hyp...

This weekend we’re watching: ‘Cuties’ and the hypersexualisation of girls 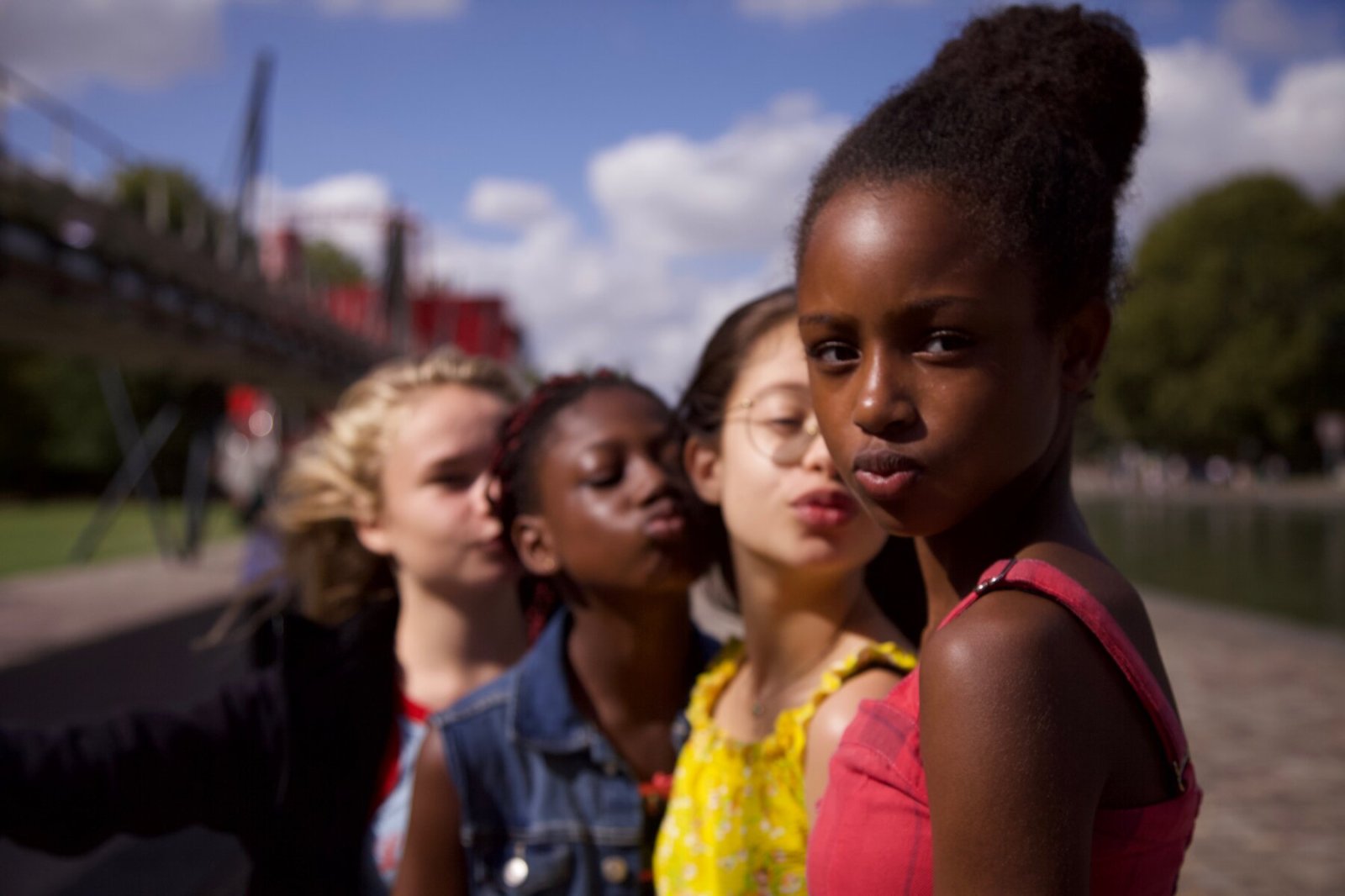 Despite the controversy and misconceptions around Cuties, you just need to click play to see that it’s a morally intellectual film, which stands firmly against the hypersexualisation of pre-adolescent girls.

Cuties (Mignonnes) is a French coming-of-age drama which premiered in the World Cinema Dramatic Competition section of the 2020 Sundance Film Festival, and won director Maïmouna Doucouré the Directing Award. A big accolade on her first feature film premiere and a deal with Netflix in the bag, Doucouré must have been ecstatic.

Enter the Netflix marketing team. The moment Netflix laid a finger on the film, it was shrouded in controversy before their viewers even had a chance to see it.

Cuties is a cautionary tale about internet culture and the hypersexualisation of pre-adolescent girls. It follows the life of Amy, an 11-year-old Senegalese girl from a devout Muslim family who has just moved from Senegal to a housing project in one of Paris’s poorest neighbourhoods. Coming from a strict traditional community and suddenly thrust into the Wild West, she is overwhelmed by culture shock – specifically by how other girls behave, which contradicts everything she has been taught about how women should be.

After leaving a local prayer service, Amy spies upon a girl her age in a crop top and tight pants dancing sexually to Spanish music while doing her laundry and straightening her hair with a hot iron. Amy is awestruck. Minutes earlier, the preacher had proclaimed:

“The Devil dwells in the bodies of scantily clad women!”

We later discover that the girl Amy saw is one of The Cuties: an exclusive dance troupe of four popular girls who fancy themselves the princesses of their school. Think 11-year-old Mean Girls, the kind of hierarchical clique made famous through American TV. Dolled up in makeup, high heels, and tight miniskirts, they are materialistic, entitled, impertinent and arrogant. They are also ruthless bullies.

In her desperate attempt to escape her traditional family and integrate into a liberal sexualised culture, she is crushed at the collision of these irreconcilable worlds.

Amy is enchanted by their popularity and flippant insubordination, and their ruthless goading only compounds her desperate yearning for their affirmation. The extent to which Amy degrades herself in pursuit of acceptance is horrifying. In the dark of her room, she struggles into her younger brother’s tiny shirts and pathetically mimics provocative dancing in front of the mirror, but this new world of Snapchat filters, thigh gaps and twerking is unforgiving.

Meanwhile, Amy’s home life is becoming more and more unstable. At 11, she is expected to do many of her household’s domestic chores and care for her unruly younger brothers. The family is awaiting the return of Amy’s father from Senegal, when he decides to take a second wife. Amy’s mother is distraught but compelled by her religious duty to be “a real woman” – to feign nonchalance. She hits herself as punishment for her own sadness, as if the heartbreak wasn’t enough.

Amy is trying to make sense of antithetical narratives about womanhood and how she is supposed to be. She is torn between her family life and her social life, feeling like she’s failing at both. So she makes the decision you might expect any 11-year-old to make – she chooses her social life – but to no avail. In her desperate attempt to escape her traditional family and integrate into a liberal sexualised culture, she is crushed at the collision of these irreconcilable worlds.

There were several fatal mistakes which led the public to totally misunderstand what the film would be.

From its first moments, the film plants a seed of fear which, as it grows, morphs into various forms: our fear for the doomed protagonist, the naïve and innocent girl; Amy’s fear of the unknown, her fear of god, and even an enforced fear of her own body. Between her family’s faith and her friends’ judgemental gaze, she is made to feel insecure about her hair, her wealth, the shape of her body and just about everything else.

There is no doubting the film’s position on the horrors of the internet age. The first 10 seconds say it all – a young girl on stage, her tears glistening in the spotlight like the sequins wrapped around her neck. But there were several fatal mistakes which led the public to totally misunderstand what the film would be.

Netflix’s choice to use a photo of The Cuties in tight clothing, posing provocatively, as the film’s poster image sent Twitter into a spiral of misplaced outrage, leading viewers to believe the film would feed into the very things it sought to fight. The American English dub was another Netflix-produced blunder; one that it seems to make at every opportunity.

The girls are casualties of a capitalistic society which treats female bodies as commodities.

The film’s trailer doesn’t overtly clarify its position against child sexualisation, and because of the number of sexualised dance routines which the girls perform, even large chunks of the film itself (if taken out of context) appear as little more than a bunch of glammed-up brats behaving badly. These music video-style dance sequences are meant as a warning of what could happen when young girls are exposed to the pressures of internet culture, but because there are so many of them, they come across as glorifying it.

It’s these dance scenes which led the Turkish Radio and Television Supreme Council (as well as several conservative American politicians) to request that Netflix remove the film. The irony, it seems, was lost on all of them.

Watching prepubescent girls dance like Cardi B or Nicki Minaj is intensely uncomfortable, and there are scenes in Cuties which are even worse, but the nuance which the film captures is that the girls don’t quite understand the significance of their sexual mimicry. All they understand is the effect it has on the world around them.

The girls are casualties of a capitalistic society that treats female bodies as commodities. Our disgust is not actually directed at them and their gyrating hips – it’s disgust at ourselves, because they only behave that way because we (whether inadvertently or intentionally) have encouraged and rewarded that behaviour.

Possibly the most simplified message of Cuties is that growing up as a young girl is a nightmare when people attempt to prescribe to you what you can do with your body and how you should feel about it. Amy’s day-to-day life is an onslaught of coercion from friends, family and even total strangers – a reality for many, if not most girls growing up.

Despite the controversy, marketing mishaps and misconceptions around Cuties, you only need to click play to see that it’s a feminist and morally intellectual film that abhors the hypersexualisation of young girls. DM/ML

Cuties is available on Netflix.
You can contact This Weekend We’re Watching via [email protected]