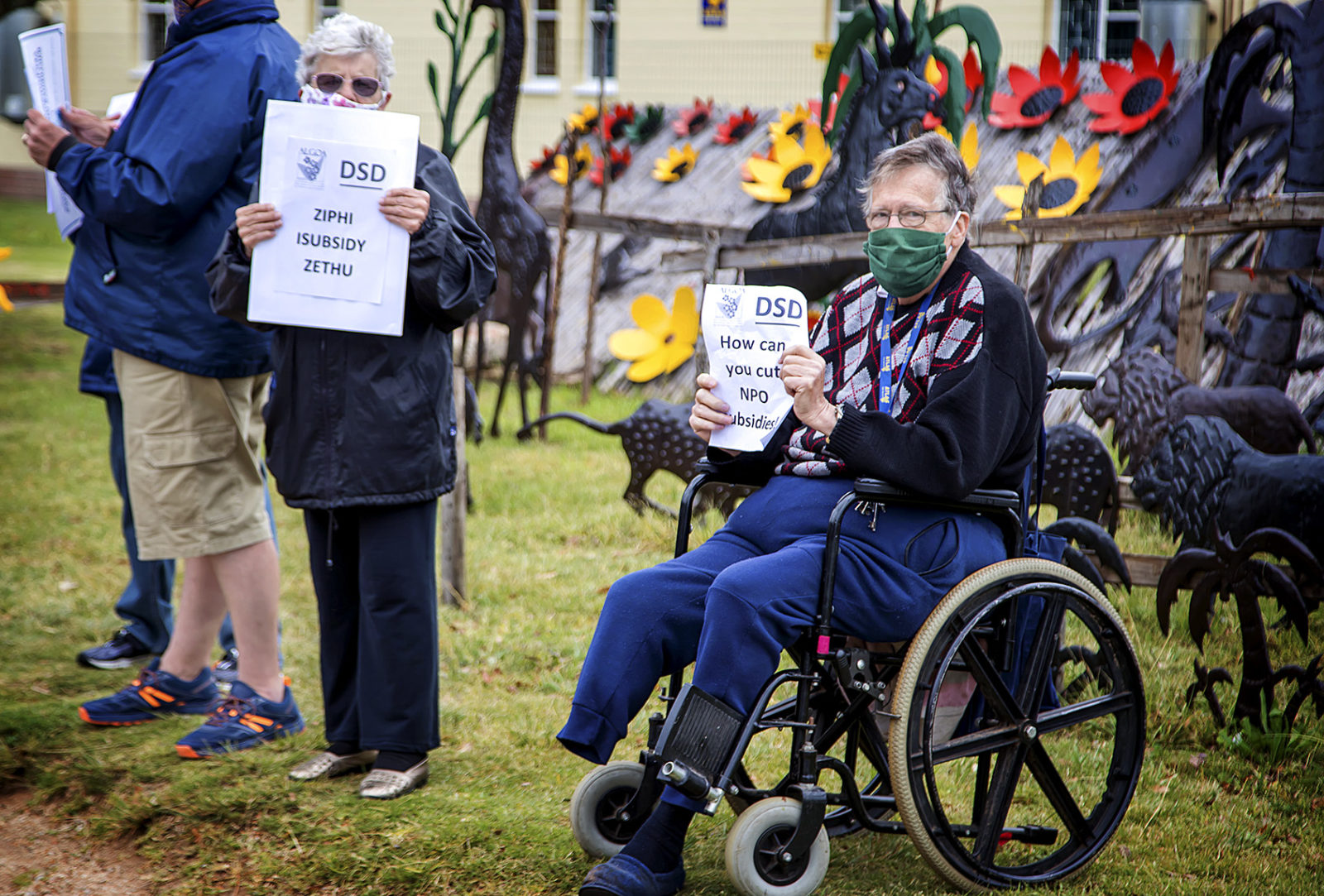 The Makhanda High Court has ordered the Eastern Cape Department of Social Development to honour service-level agreements with 25 caregiver organisations looking after the elderly in the province. The department withdrew subsidies payable to the organisations earlier this year, saying they cannot receive funding for service centres, where the elderly were looked after and fed, as the elderly were not supposed to leave their homes during the lockdown period instituted to manage the outbreak of coronavirus infections in the country.

A decision by the Eastern Cape Department of Social Development to refuse payment for home-based care, food and medicine to 1,500 elderly people “as it broke the lockdown regulations” was overturned by the Makhanda High Court on Thursday in a scathing judgment delivered by Judge Judith Roberson.

The head of the department, Ntombi Baart, said in papers before the court that paying for the services rendered to the elderly would amount to “irregular and wasteful expenditure”.

Imbumba Association for the Aged, a group of 25 caregiver organisations operating service centres in the former Transkei and Ciskei homelands, asked the court to overturn the decision not to pay their subsidies. Court papers described how the caregivers of the elderly people continued working during lockdown even after the care centres were forced to close due to lockdown regulations.

Melumzi Hubert Sauka from Imbumba said that after President Cyril Ramaphosa declared a national state of disaster in March, one of the first regulations imposed was that the elderly should remain at home. He said the caregivers at Imbumba had decided to continue their assistance to the elderly at their homes by providing two meals a day, helping with cleaning the home and doing laundry, fetching medication from clinics, buying groceries, basic essentials and linen and nappies where necessary, and bathing and washing those unable to do this themselves.

“The lockdown did not do away with older persons’ need of care,” he said. “It also did not suddenly have other adults materialise to undertake this work.”

He said that in June, they received a letter from the department saying they would not be paid for their home-based care services as “people couldn’t travel and service centres had to close”. The decision left the 25 organisations in financial dire straits.

Sauka said Imbumba firmly believed that if it did not continue with its assistance to the elderly, those in its care would have died, as most were over 60, many were unable to care for themselves, were impoverished and could not manage their own finances.

“The starting point is to recognise that there are two constants which prevail: the constitutional obligation to provide social services and the need of the beneficiaries of these services,” she said.

She said the Eastern Cape had no provision for home-based care and said the provincial department of social development had not provided any proof that it supplied food parcels to the elderly during the lockdown.

She had some harsh words for the department’s legal team, which asked for Imbumba’s case to be dismissed as it “wasn’t urgent”.

“It was vexatious and futile [to do so] when one is dealing with the welfare of people in need during a life-threatening pandemic,” she said. “One would not expect it to be raised by an organ of state mandated to provide social services,” she said.

They may be able to live independently but they still rely on the support provided by [Imbumba], including food and emotional support.

“These are services which not only assist the beneficiaries to survive but also to survive with dignity,” she said.

She dismissed an objection by the department that the elderly who had been assisted were still capable of living independently.

“They may be able to live independently but they still rely on the support provided by [Imbumba], including food and emotional support,” she said.

She said it was extraordinary that the department chose to rely on the contractual defence of force majeure, in essence that they were unable to pay because of the pandemic.

“It is an extraordinary stance in circumstances where older persons are in need of social services and even more so in the midst of a pandemic. It is not so that they were unable to perform. Covid-19 did not prevent them from performing. Similarly, it was not impossible for the department to perform. It had the budget. If the services were provided they had to pay.

“The department’s resistance to the matter is regrettable,” Roberson said, “when the subject matter of the litigation is the needs of older persons and the constitutional rights to social services and dignity, and even the right to life.”

She said that when organisations had approached the department to ask for guidance and advice, they were not given a meaningful response, but instead were met with a unilateral decision to reduce funding, knowing well that there was no budget for home-based care.

“We are very happy today,” she said.

The chief executive officer of Algoa Bay Council for the Aged, Maureen Andreka, said the non-profit sector had a long history of receiving subsidies from the department for rendering services in terms of government acts.

The subsidies in question had not been increased since 2007, and they have to make do with R200 per person per month. She said on the day that the court heard the matter, the department had offered to pay them half of the subsidies they would have received if they signed a new contract.

“This would have been a cut of R297,600 for Algoa Bay Council for the Aged. The subsidy of R200 per person per month has not been increased since 2007 and the number of permitted beneficiaries has dropped year by year, so Algoa Bay Council for the Aged already has a huge struggle to fund the additional cost of the service provision,” Andreka said.

Care of older persons was considered an essential service, so travel permits could and were issued by the department in order for NPOs to carry on with their duties.

“The department of social development is unable to render all social services and depends on NGOs to render certain services and, as a result, provide subsidies to qualifying NGOs. Among other projects, Algoa Bay Council for the Aged receives subsidies for the provision of meals to older persons. We have a signed service-level agreement. Prior to lockdown, we were to receive these subsidies.

“In the NPO sector, our financial year starts on 1 April. In May of 2020, a circular was sent out advising that the department considered certain services could not be delivered due to lockdown and that they would therefore adjust what funds would be paid… This decision was taken unilaterally without consulting with the NPO sector on what they had and had not been able to do during a lockdown,” said Andreka.

“Care of older persons was considered an essential service, so travel permits could and were issued by the department in order for NPOs to carry on with their duties.”

Andreka said Algoa Bay Council for the Aged continued to provide a delivered and takeaway meal service to their beneficiaries, and also collected and delivered food parcels to other projects.

“We could just not see ourselves neglecting our residents during the very difficult time of lockdown. Family were prevented from visiting, so who would care, cook and shop for them but Algoa Bay Council for the Aged staff?” she asked. MC