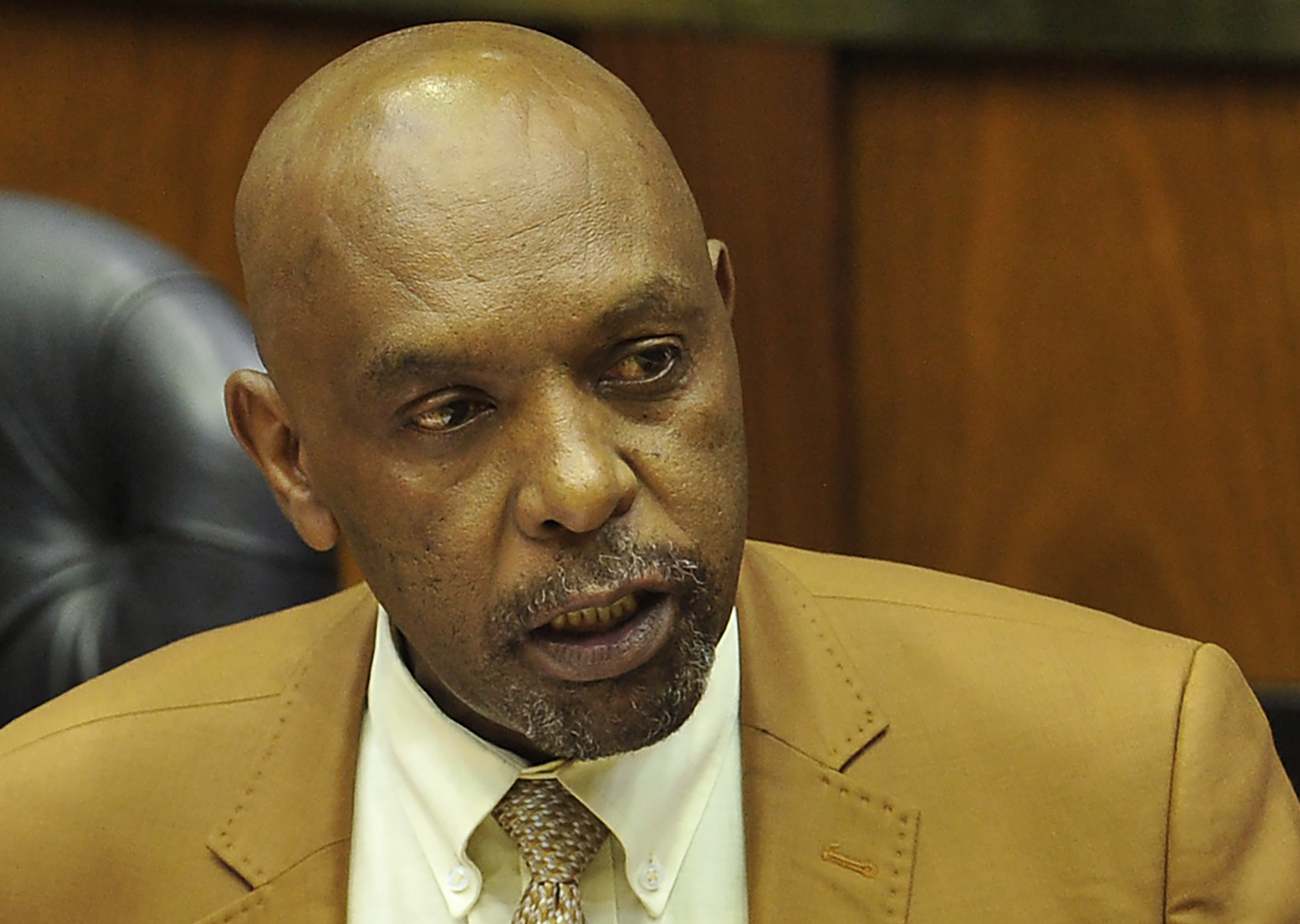 Former ANC MP Vincent Smith is the first senior politician to be charged with corruption related to State Capture – and he won’t be the last.

Just before he became the first senior ANC politician to be charged for corruption this week, the former ANC MP Vincent Smith was writing the party’s submission to the Zondo commission of inquiry into State Capture. His indictment on a series of charges and appearance in the Palm Ridge Magistrates’ Court this week has signalled a new turn in the prosecution of State Capture. Smith has pleaded not guilty.

But his work immediately before his appearance reveals that the ANC is crafting its defence against numerous State Capture inquiry testimonies for which it stands accused.

The target is now at the ANC’s door and further charges are likely to be brought against politicians.

This week, joint teams of the crack police squad, the Hawks with the Investigating Directorate of the National Prosecuting Authority, made State Capture and corruption-related arrests in three provinces – Gauteng, KwaZulu-Natal and the Free State. In charges related to the Free State R255-million asbestos audit corruption case, eight people were arrested.

Until Smith, charges have been brought only against civil servants or tenderpreneurs – the term used to describe business people who do business largely with the state and who then fund the ANC. Smith’s charges relate to cash he received from Bosasa for his daughter’s offshore varsity education.

The arrest of a high-ranking tenderpreneur who operated in several provinces is also likely to reveal the nexus between the state tender system and ANC party-political funding.

Tender tycoon Edwin Sodi was arrested on 30 September, a day after giving damning sworn testimony before the Commission of Inquiry into State Capture in which it emerged that his company had personally funded Labour minister Thulas Nxesi (allegedly to be passed on to a charity) and State Security deputy minister Zizi Kodwa (who was short of cash) and that payments had been made to ANC party treasurers-general Zweli Mkhize and Paul Mashatile.

One of the Free State-accused was seen in a hoodie being led into a VW Golf Gti by four Hawks; it wasn’t an orange overall but the grey hoodie, drawn tight to obscure his face, now may be the symbol that the era of impunity for corruption is on the wane.

In Bloemfontein on Friday, a well-organised group of protesters protested as eight people, including Sodi, provincial housing bureaucrats and the former Mangaung mayor Olly Mlamleli, faced 60 charges of corruption, fraud and money-laundering. These related to a housing asbestos audit provided by Sodi and other sub-contractors for R255-million and in which the provincial housing department was fleeced, it has now emerged. Part of those funds found their way into the ANC coffers as Sodi’s testimony revealed this week.

The protesters carried professionally printed posters supporting Mlamleli emblazoned in black, green and gold. The posters were clearly marked with the ANC symbol and identified as belonging to the RET Forces Free State. The RET forces are a code for a faction associated with the former president Jacob Zuma and the acronym stands for “Radical Economic Transformation”.

The charges facing the eight all relate to the administration of ANC secretary-general Ace Magashule as Free State premier. The charge sheet indicting Smith suggests that politicians will be charged for abrogation of duty in their terms of office, in addition to charges of personal aggrandisement, which is likely to ring alarm bells for the party strongman.

This weekend, the ANC NEC is meeting to formally discuss the economic, jobs and hunger crisis but it is unlikely to be able to avoid discussing the various leaders who have been in the crosshairs this week, either those facing charges or the allegations raised at the hearings of the State Capture Inquiry. In a special NEC meeting to confront corruption in the party in August, the ANC decided that leaders facing charges should “step aside” while those who were named in various forums (including commissions and the media) should present themselves to the party’s Integrity Commission.

Magashule has been summoned by the Integrity Commission and that precedent now requires the same for Kodwa, Nxesi and ANC MP Cedric Frolick, who defended himself on Bosasa-related allegations at the State Capture Inquiry this week. Like Smith, Frolick is also implicated in Bosasa-linked corruption to assist their facilities management business empire; he has denied all the claims against him.

In addition, there is a double standard at work in the ANC on action against corruption which needs to be ironed out. In Gauteng, premier David Makhura, who also chairs the party in the province, has overseen action against Health MEC Bandile Masuku and President Cyril Ramaphosa’s spokesperson Khusela Diko, both of whom have been forced to take leave pending the investigation of their roles in PPE corruption.  In other provinces, the party is sticking to a less stringent method – that cadres only step aside once charged and the Mpumalanga soccer star and ANC MP Bongani Bongo has refused to step aside even though he faces a criminal case ongoing in court.

Ramaphosa now has to ensure that a single standard applies for his party campaign against graft to have credibility. DM