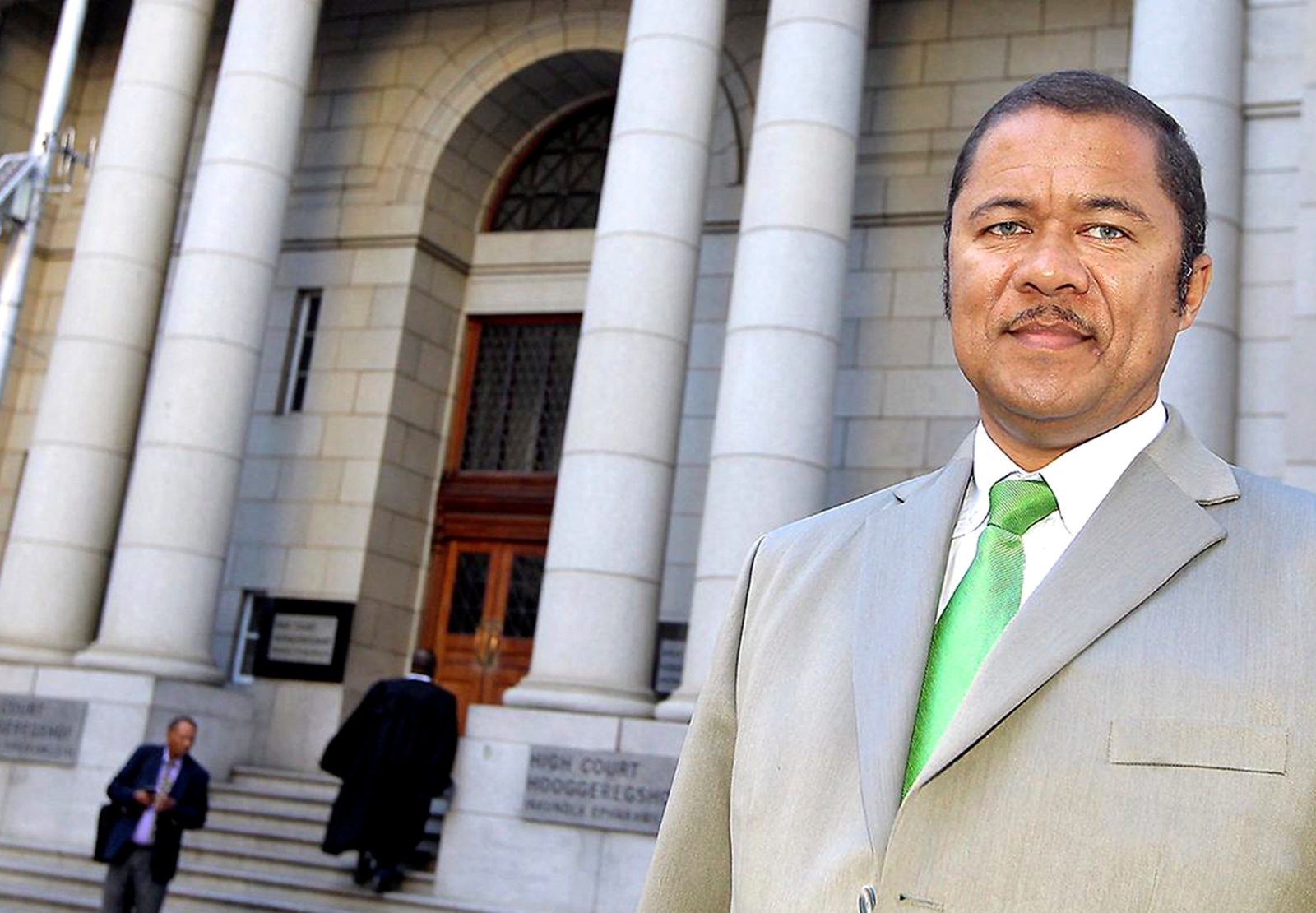 Charl Kinnear, in a report of more than 50 pages that he sent to Crime Intelligence head Peter Jacobs in December 2018, had warned that his life was in danger. (Photo: Supplied)

Sources close to Kinnear have revealed that the detective, who was investigating a nationwide gun-licensing racket involving SAPS officials and gangsters, was closing in on the ‘Gauteng mafia’ and its illicit gold and diamond dealings.

A team dispatched to Cape Town by Police Minister Bheki Cele is investigating who in the South African Police Service (SAPS) gave the order to remove protection from the home of assassinated Anti-Gang Unit section head Charl Kinnear.

Cele, visiting Kinnear’s widow, Nicolette, and their sons, Carlisle and Casleigh, after Kinnear’s murder outside his home in Bishop Lavis, Cape Town, on 18 September undertook to investigate the decision. Kinnear was killed by a lone gunman who had waited for him to return home.

Cele has acknowledged that the SAPS had failed Kinnear and said that “heads will roll”.

Kinnear had guards placed outside his house in November 2019 after two suspects with a hand grenade were arrested in Gearing Street where he lived. The security detail was removed on 19 December 2019.

Kinnear, in a report of more than 50 pages that he sent to Crime Intelligence head Peter Jacobs in December 2018, had warned that his life was in danger and that he was being tracked and his phone surveilled.

While the Directorate for Priority Crime Investigation (the Hawks) has been tight-lipped about the investigation into the assasination, one suspect, former professional rugby player Zane Killian, was arrested in Springs, Gauteng, on 20 September and brought to Cape Town where he was charged with murder, conspiracy to commit murder and the illegal intercepttion of communication. The matter was postponed to 5 October.

It is alleged that Killian, who owned a tracking business and who was employed by alleged underworld boss Nafiz Modack, monitored Kinnear’s phone from May 2020. The slain detective’s cellphone was pinged on 2,116 occasions.

Sources close to Kinnear have revealed that the detective, who was investigating a nationwide gun licensing racket involving SAPS officials and gang leaders and members, was closing in on the “Gauteng mafia” and its illicit gold and diamond dealings.

A Maverick Citizen investigation had revealed that some of the Gauteng SAPS members who were arrested along with Modack on 16 June 2020 on the gun-related fraud charges allegedly have links to the Gauteng mafia.

The high-ranking police officers, Modack and other suspects are accused of colluding with SAPS members at the Central Firearm Registry to unlawfully obtain competency certificates and licences to possess firearms.

Two British-born Zimbabwean citizens, along with an Israeli businessman, are thought to be at the helm of the Gauteng racket which, apart from controlling illicit raw diamond and gold smuggling rings, is also implicated in human and drug trafficking, and the hijacking of cigarette trucks.

The group also allegedly controls the provision of security to wealthy residents in Gauteng. Their alleged hitmen include a South African and an Israeli citizen.

This new information about Kinnear’s investigation has come to the fore since his murder.

The detective had just returned to Cape Town from Springs with two dockets linking a Cape Town underworld boss with an extortion ring in Gauteng.

It is expected that two brigadiers will soon be arrested as a result of Kinnear’s groundwork.

“Some of the police officers arrested in Gauteng as a result of Kinnear’s investigation are on the payroll of the mafia. They make sure that operations run smoothly. One of the officers arrested was bribed by one of the hitmen so that his fancy car was not impounded.

At a memorial service held in Belhar on 30 September, the Western Cape Provincial Commissioner, Lieutenant General Yolisa Matakata, said that Kinnear’s death was “a tragedy with irreversible implications”.

“Had Kinnear been given the opportunity to conclude his gun-racket investigation he would have revealed this connection,” a reliable source told Maverick Citizen.

The source added that the gun-licensing of security companies should be investigated.

Further information in the aftermath of Kinnear’s assassination is that a Cape Town underworld figure has been implicated in the murder of former Kaizer Chiefs striker Marc Batchelor, who was “taken out” in July 2019.

Batchelor was shot dead by gunmen on a motorbike as his BMW SUV approached his home in Olivedale, Gauteng.

A recorded telephone conversation that will form part of the investigation indicates that a Cape Town underworld figure had invested R1-million in gold dealings in Gauteng. Batchelor is alleged to have made off with R400,000 of the “investment” while an alleged Isreali hitman skimmed off R600,000.

The conversation revealed that a Cape Town underworld boss had asked for the money to be retrieved from the former soccer star “and that’s why Batchelor isn’t around any more”.

From this, it appears that Kinnear was on the brink of opening up and exposing a national criminal network implicating top policemen, politicians and underworld heavies.

At a memorial service held in Belhar on 30 September, the Western Cape Provincial Commissioner, Lieutenant General Yolisa Matakata, said that Kinnear’s death was “a tragedy with irreversible implications”.

Kinnear will be laid to rest on Saturday 3 October. MC