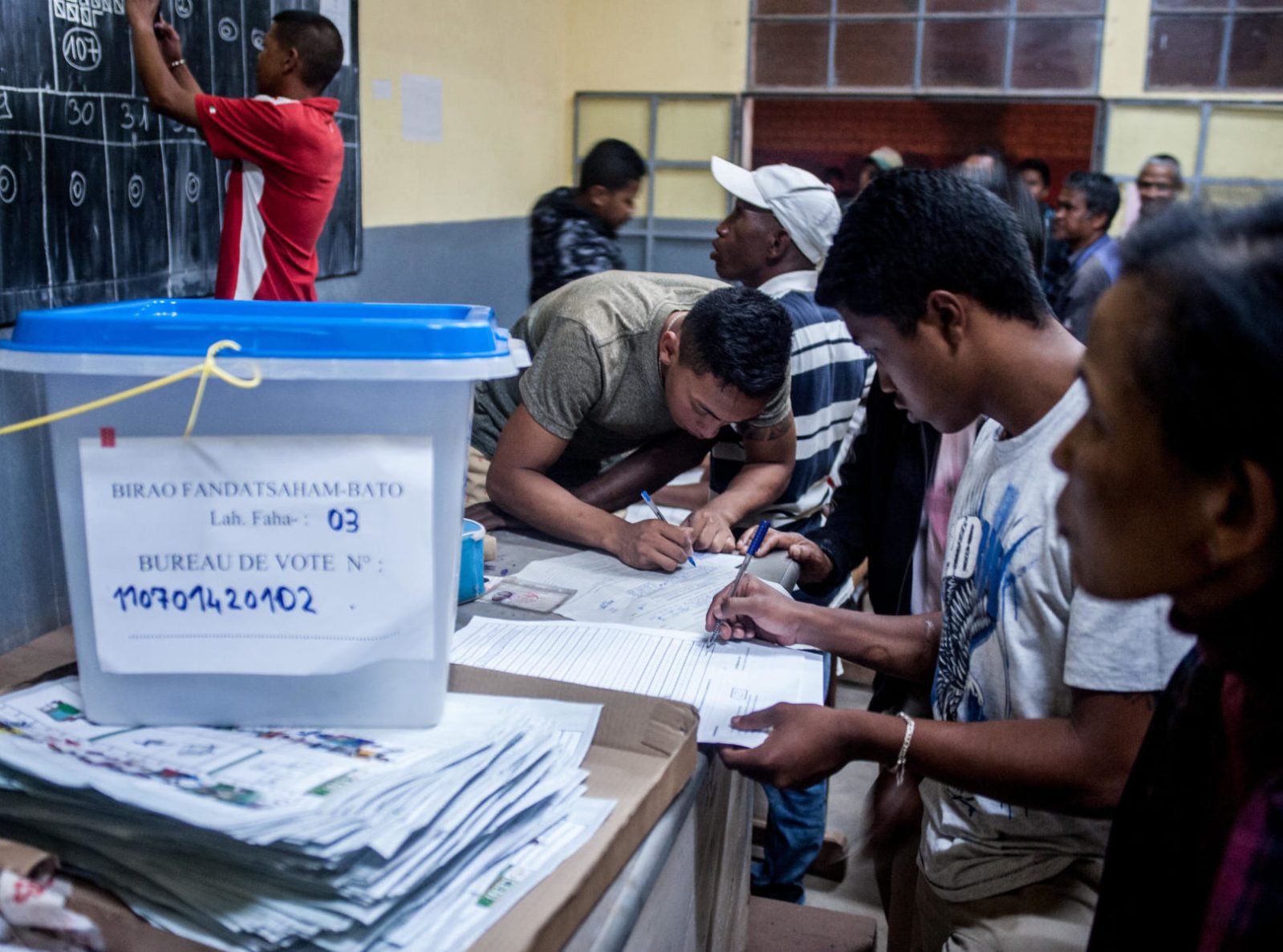 Vote counting takes place after the last votes have been cast during the presidential elections in the capital Antananarivo, Madagascar, 07 November 2018. EPA-EFE/HENITSOA RAFALIA

Exploiting public office to win elections is common but Madagascar and Cabo Verde have found a way to make polls more fair.

African leaders seeking re-election often exploit access to government resources to boost their campaigns, creating an uneven electoral playing field that gives them an advantage over their political opponents.

Several countries on the continent have elections scheduled for late 2020. The approaching polls have been accompanied by reports of government crackdowns on opposition activities, arrests and detention of opposition leaders, and strict control of media reporting. These moves are often geared to give an incumbent leader an advantage when voting starts.

Recent reports by Human Rights Watch and the Institute for Security Studies document increased restrictions on opposition activities in Tanzania, where President John Magufuli is seeking re-election on 28 October. In Ghana it is the norm that even development projects are appropriated to benefit incumbent leaders before elections.

This exploitation of political office to secure electoral advantage is widespread in Africa. But the problem is not given due attention by the African Union (AU) and regional economic communities, which generally don’t interfere in the democratic processes of member states.

This is despite the 2002 Organisation of African Unity Declaration on the Principles Governing Democratic Elections in Africa, in which member states committed to ensuring “adequate provision of funding for all registered political parties to enable them to organise their work, including participation in the electoral process”. The African Charter on Democracy, Elections and Governance also includes commitments to electoral fairness.

Public trust in democratic processes would be strengthened if presidents and other public officials stood down during elections. This would reduce the exploitation of their offices in political competitions that should take place on a level playing field. In the island nations of Madagascar and Cabo Verde, this practice has been shown to contribute to electoral fairness.

Public office gives incumbent leaders access to state security institutions and other government resources. These are often abused to intimidate voters, limit opposition influence, capture electoral institutions and rig polls. A sitting president can also boost his or her electoral chances by harnessing government funds and facilities for political campaigns and limiting opposition access to the media.

Exploiting connections to state institutions at election time is a corruption of democracy. It aggravates power inequalities by limiting opposition access to equal resources, compromises the integrity of a poll, and reduces public trust in the legitimacy of the process and its outcomes.

But by vacating office before an election, the tendency of leaders to exploit their incumbency to their advantage may be significantly reduced. The temptation for a sitting president to cling to power after losing a national poll, as The Gambia’s Yahya Jammeh attempted in 2017, can also be managed. It is a model that has been shown to work.

Cabo Verde is a small island off the west coast of Africa, ranking among the world’s most stable democracies, with good governance and a functional and peaceful multi-party system. The country boosted its democratic profile when sitting President Jorge Carlos Fonseca suspended his own mandate about two months before the 2016 elections and handed power to the speaker of the national assembly.

This was in line with Cabo Verde’s constitution. It says no candidate may hold public office, nor the post of attorney general, or chief or vice-chief of the armed forces, from the announcement of their candidacy to the official declaration of the election results. While their duties are suspended, the candidate continues to receive their salary.

Fonseca was re-elected for a second term with 74% of the votes in an election considered free, transparent and fair. Reports by observers suggest his resignation helped to strengthen the equal treatment of candidates.

Madagascar off the south-east African coast adopted this practice in its 2018 presidential elections. The country had suffered a protracted political and constitutional crisis caused by a power struggle between Marc Ravalomanana and Didier Ratsiraka after the 2001 presidential election.

Citizens took to the streets in support of both candidates and for the next 17 years, elections in Madagascar were volatile. Characterised by accusations of incumbent manipulation and electoral malpractice, the polls lead to political deadlock, international condemnation and economic sanctions.

Before the 2018 poll, sitting President Hery Rajaonarimampianina introduced new electoral laws to prevent his rivals from contesting the poll. The move was rejected by the country’s constitutional court, which ordered the formation of a coalition government to prevent a further political crisis.

Faced with strong opposition and pressure from the international community, the unpopular Rajaonarimampianina was obliged to resign in the run-up to the election. This prevented him from exploiting his incumbency advantage and risking another destabilisation of democracy. The role of president was temporarily assumed by the Senate president, Rivo Rakotovao, who held the position until the 2019 inauguration of Andry Rajoelina.

Requiring incumbents to step aside in the run-up to elections has proven effective but requires political maturity and changes to electoral laws. So it may be too late for countries with elections this year, including Burkina Faso, Guinea, Côte d’Ivoire, Egypt and Seychelles.

But it should be considered across the continent in future as an option to manage incumbents’ abuse of political office and the challenges associated with uneven electoral playing fields.

The AU and the continent’s regional bodies should consider adapting existing regional and continental governance and electoral frameworks. This may include providing principles to guide member states on adopting laws that limit the abuse of incumbency by ruling parties, and in doing so, build on Africa’s democratic gains. DM

Read the full ISS report on preventing the abuse of power by presidents during elections here.