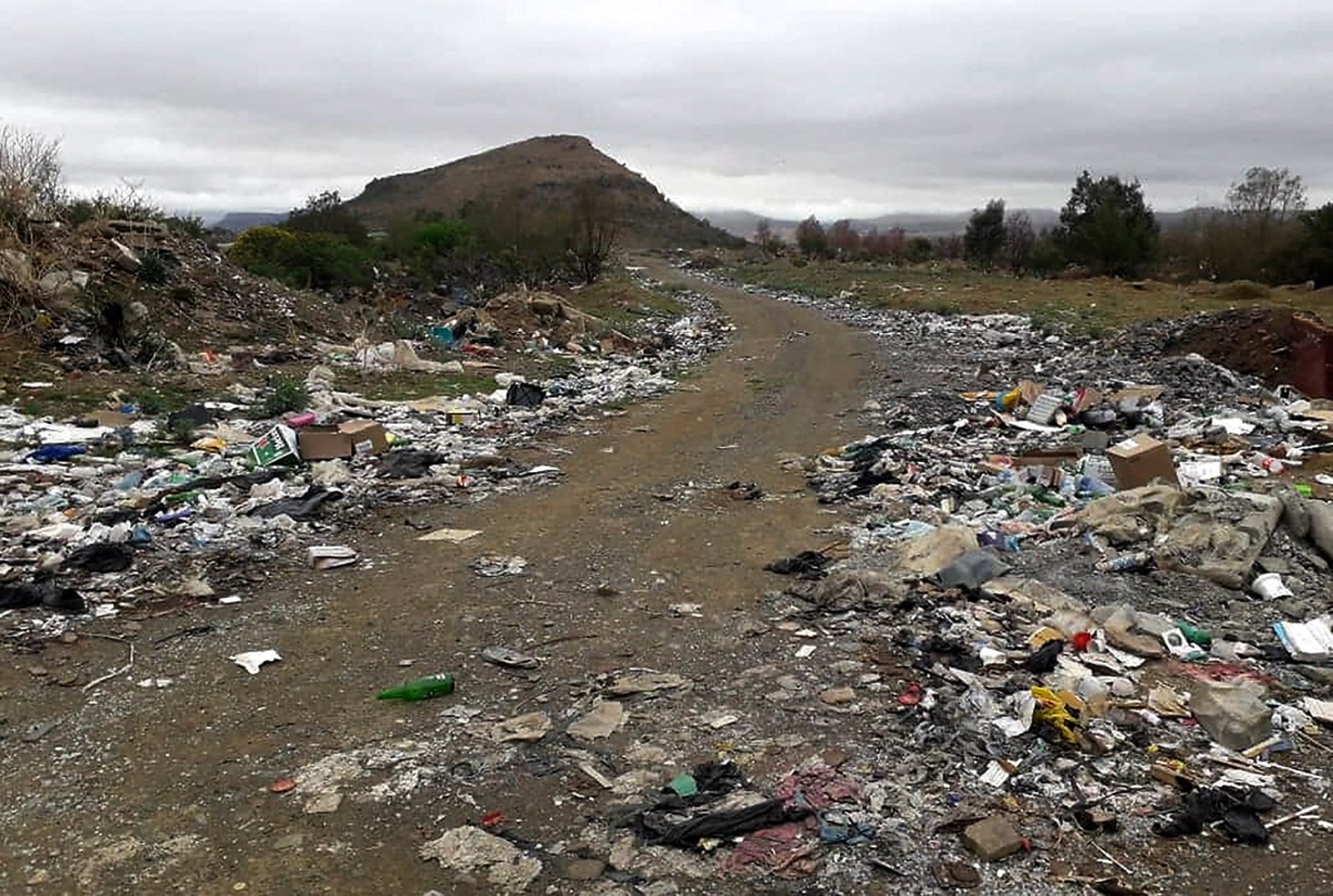 Rubbish has been piling up in Cala in the Eastern Cape where residents have asked the national government to intervene.(Photo: Calusa)

Six civil society organisations have asked the national government to intervene in the Sakhisizwe municipality, claiming that service delivery in the municipality is close to collapse.

Minister of Cooperative Governance and Traditional Affairs Nkosazana Dlamini Zuma has been given until Friday 9 October to intervene in the Sakhisizwe Local Municipality, incorporating the towns of Cala and Sakhisizwe in the Eastern Cape, as fed-up civil society organisations threaten to go to court to have the council dissolved.

Auditor-General Kimi Makwetu, speaking during a webinar on the Sakhisizwe crisis, said the best place to begin addressing the problem was for civil society organisations to implement a system of preventative controls by accessing municipal statements, annual reports and integrated development plans in January each year and to ask questions and demand consequences.

Makwetu said many municipal interventions led to further collapses as people “are brought in whose own backyard is not much better”.

Earlier in 2020, community activists from Makhanda won a high court order to have the municipal council dissolved. The Eastern Cape Provincial Government subsequently petitioned the Supreme Court of Appeal for leave to appeal against this ruling. The provincial government had to settle a similar lawsuit by the civil society group, Let’s Talk Komani, against the Enoch Mgijima Local Municipality, and agreed to implement a financial recovery plan there.

Now an attorney from the Centre for Applied Legal Studies, Ariella Scher, has written to Dlamini Zuma saying that unless there is an intervention in the Sakhisizwe Municipality, based in Elliot, six civil society organisations will take similar legal action.

“Calusa has long believed that there is a crisis within the municipality, emanating from maladministration and financial mismanagement and resulting in… sustained poor service delivery,” Scher wrote.

There are several serious service delivery complaints from residents in the town of Cala. These include: raw sewage in the streets, the roads being in a state of disrepair, and unfinished projects including paving, a sanitation plant, a sports field and a sewer line.

The municipality did not submit its 2017/2018 annual financial statements to the Auditor-General and the mayor and municipal manager were both suspended in November 2018.

In June 2020, the Office of Premier Oscar Mabuyane said that a turnaround plan had been implemented in the municipality and that the Department of Cooperative Governance and Traditional Affairs had seconded a seasoned senior departmental official as an acting municipal manager to implement the turnaround plan with the assistance of the Provincial Treasury.

“We are nevertheless instructed,” Scher wrote, “that [the organisations] have not seen the improvement in the running of the municipality to which the Premier refers and [it] remains in ‘serious or persistent material breach of its  obligations to provide basic services’ as a result of a crisis in its financial affairs; and that the crisis in the Municipality is accordingly ongoing.”

… Lawson Naidoo, the executive secretary of the Council for the Advancement of the South African Constitution, said he believed the solution was to amend the election system and make it possible to recall ward councillors who fail to do their jobs.

Makwetu said when his team wrapped up their audit at the end of the 2019 financial year the resources at the Sakhisizwe Municipality were “not small”.

“They are big. Their income from grants provided by the national government was R82.5-million. That is a lot of money. That revenue was to be used for the benefit of residents,” he said.

“In 2019 we observed that they spent R115-million. They spent a lot more than what they were able to raise. Hence, they now have a deficit of R8.3-million. That is very important. But the municipal infrastructure grants have not been spent. At end of June 2019, the municipality for the first time had a positive bank balance, of R12.2-million. They were not able to spend the money they received from the fiscus. The cash was sitting in their bank account.

“Their financial statements are interesting to read. If you also look at the balance sheet you discover that there is a portion [of] R56-million for ‘works in progress’. It is an area that can easily be manipulated if there is no oversight. It means that some projects were started but not finished.”

He said they had observed significant deterioration in the past two years in political and administrative sectors of the municipality.

“Once this instability is allowed to fester it leads to all manner of undesirable things. It impacts on oversight and leads to protests and unrest.”

“It results in people doing things without taking proper care.”

He said they had noticed a level of transparency in the municipality until 2018, when “things deteriorated sharply”.

Makwetu said the municipality paid R3-million a year for consultants.

“To what end do we pay this to the expense of projects that we need to improve the lives of citizens? We don’t wind up getting much value for it.”

Speaking at the same webinar as Makwethu, Lawson Naidoo, the executive secretary of the Council for the Advancement of the South African Constitution, said he believed the solution was to amend the election system and make it possible to recall ward councillors who fail to do their jobs.

“It is too long to wait for five years. We need a mechanism that will put them to terms,” he said. MC