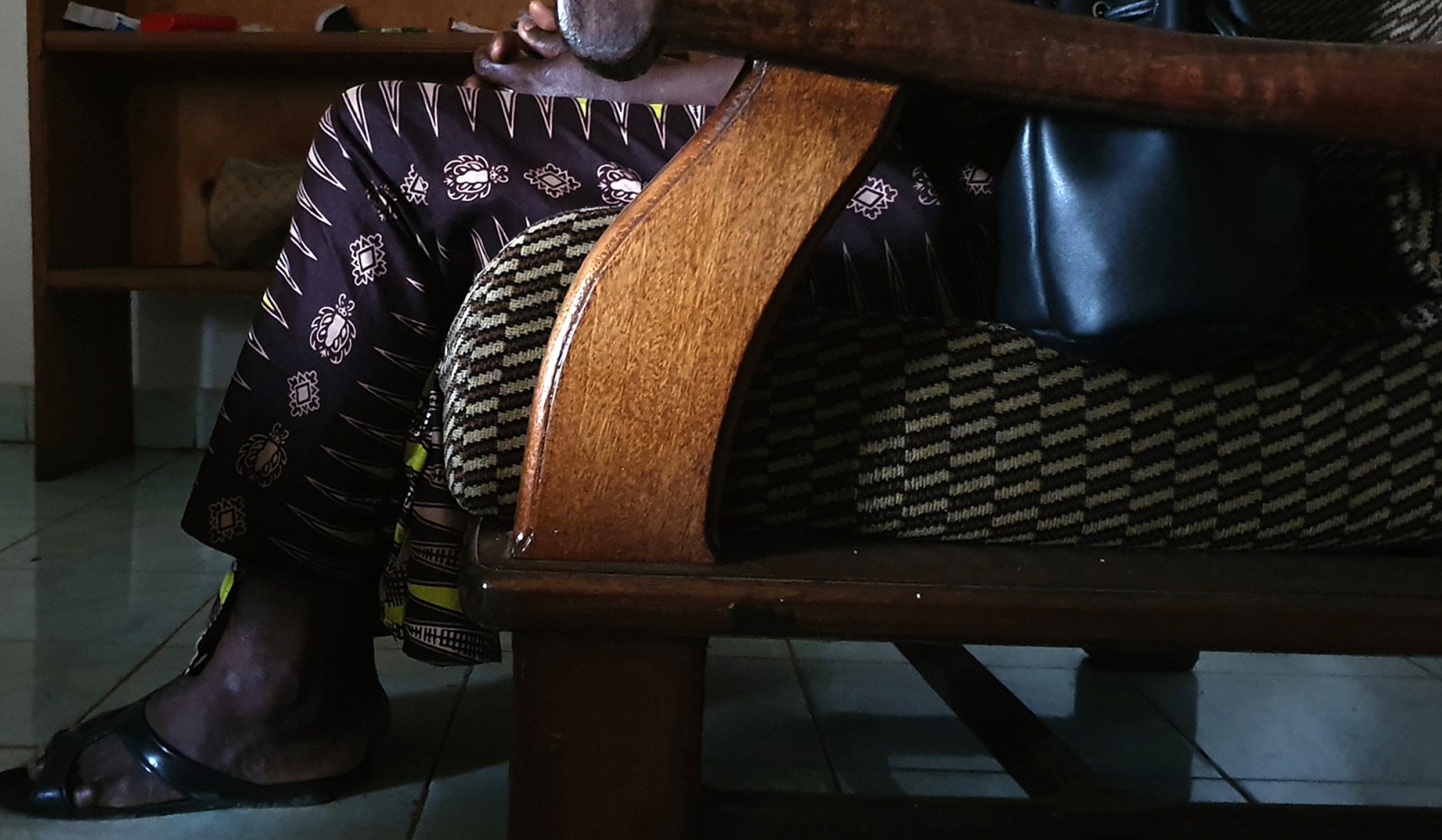 A woman who said she was sexually exploited by a doctor involved in the Ebola response poses for a portrait in Beni, Democratic Republic of Congo, 20 August 2020. (Photo: Thomson Reuters Foundation / Stringer)

After more than 50 women recount sexual abuse by aid workers in the DRC, calls mount for the WHO and NGOs to do more to protect vulnerable people.

Vetting aid workers more closely and giving women more power is critical to tackling sex abuse in humanitarian crises as exposed in a joint investigation by the Thomson Reuters Foundation and The New Humanitarian, aid experts said on Wednesday.

In the exposé, 51 women recounted multiple incidents of abuse by mainly foreign aid workers during the 2018-2020 Ebola crisis in the Democratic Republic of Congo, many saying men demanded sex to get a job or ended contracts if they refused. (the investigation was republished in Daily Maverick.)

Most organisations said they had received no reports of sexual exploitation during the Ebola crisis despite setting up hotlines and other reporting mechanisms to tackle such abuse that has been a scourge of the aid sector for decades.

The WHO, World Vision and Alima promised to investigate.

“We lurch from one scandal to another and keep hearing that ‘lessons have been learnt’. They haven’t,” Sarah Champion, international development committee chair for the British Parliament, said in a statement.

“That these cases were not detected by internal reporting mechanisms at the organisations implicated highlights serious weaknesses in their systems for preventing and reporting abuse.”

The WHO expressed outrage at the report and initiated a review, vowing that anyone identified as being involved would face “serious consequences”, including instant dismissal, and stressed the WHO had a zero-tolerance policy to sexual abuse.

“The actions allegedly perpetrated by individuals identifying themselves as working for WHO are unacceptable and will be robustly investigated,” the agency said in a statement.

The investigation came after the United Nations and NGOs repeatedly vowed to ramp up efforts to crack down on sexual exploitation, holding safeguarding summits and numerous reviews.

From Bosnia to Haiti, sex abuse and exploitation scandals involving aid workers with power over vulnerable people have shaken the sector, denting the trust of local populations, donors, and taxpayers.

Many women in the Congo investigation – which spanned almost a year – said they had not reported the incidents to helplines and other complaints services for fear of reprisals or losing their jobs. Most said they were ashamed.

Many said they were unaware of such reporting services.

They all spoke on condition of anonymity, with reporters protecting their names and contact details and agreeing not to disclose the names of men they identified.

Stephanie Draper, chief executive of Bond, the UK network for organisations working in international development, said the investigation was “incredibly saddening” and a reminder that reporting mechanisms alone will not prevent or tackle abuse.

“To get real change across the whole aid sector, we need strong leadership to shift organisational cultures and tackle power imbalances head-on. This needs to be fully resourced and funded,” Draper said in a statement.

“There needs to be more diversity across organisations, including women in positions of power. During humanitarian crises reporting mechanisms also need to be rapidly developed in partnership with women and local communities.”

She also said disclosure and disbarring checks should be extended to frontline aid workers and there needed to be better checks available internationally to keep anyone found guilty of abuse out of the sector.

British aid watchdog the Independent Commission for Aid Impact said in a report on Wednesday that there was “limited evidence” that work to tackle the widespread problem of sexual exploitation and abuse by international peacekeepers had helped.

Between 2014 and 2019, Britain spent about £3.8-million of aid funds helping to improve the UN’s drive to tackle sexual exploitation and abuse.

ICAI Chief Commissioner Tamsyn Barton said efforts to train troops and stop civilian UN staff who commit these crimes from moving from post to post were important and useful.

“But with survivors facing significant and daunting barriers to obtaining justice, there should be a greater focus on their needs,” Barton said in a statement. DM

This article was first published by the Thomson Reuters Foundation, the charitable arm of Thomson Reuters, that covers the lives of people around the world who struggle to live freely or fairly. Visit http://news.trust.org)