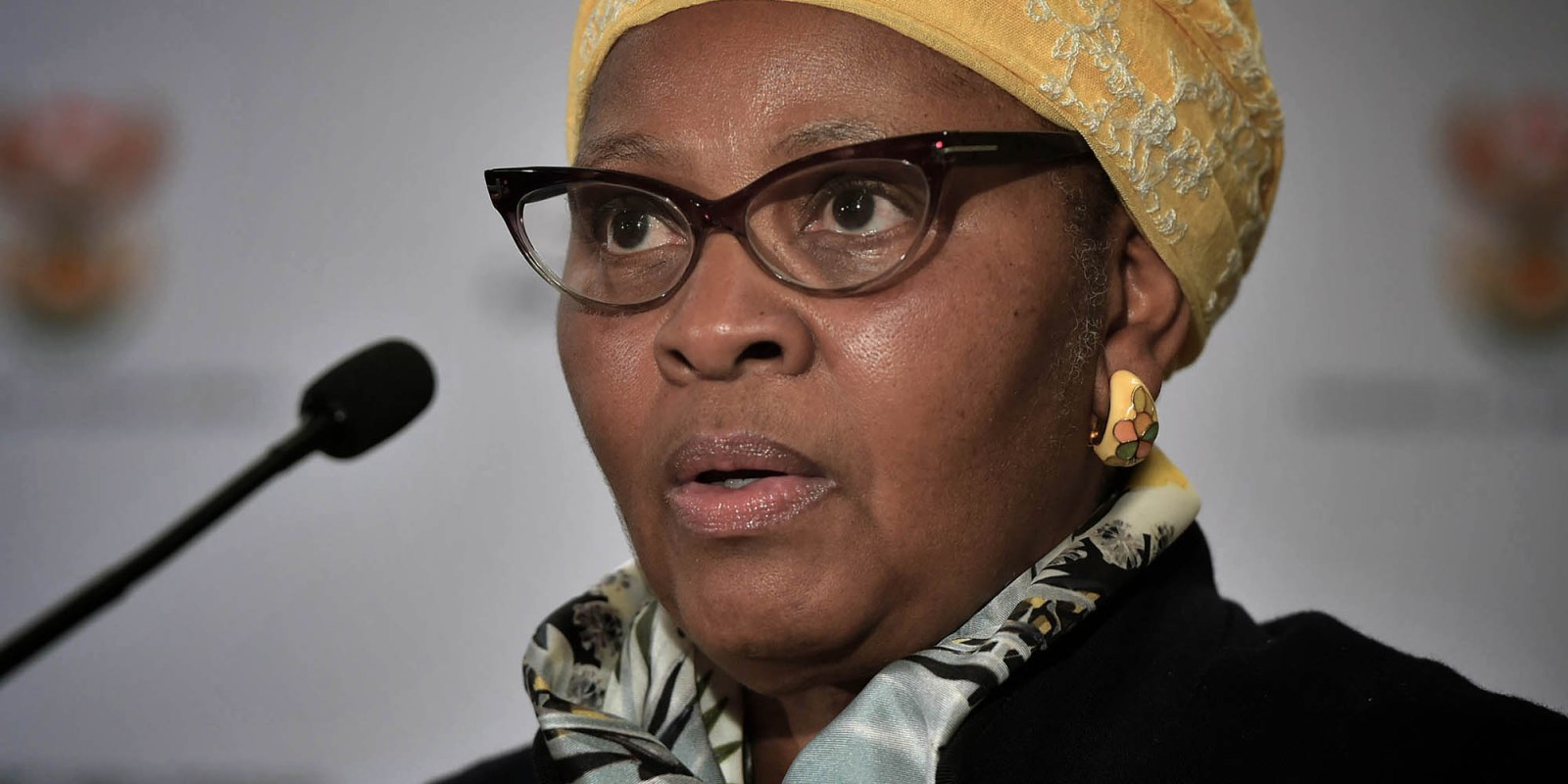 Nosiviwe Mapisa-Nqakula also told President Ramaphosa that, ‘in hindsight it would have been prudent to inform your office in writing of my intention to ferry ANC members... to meet our Zanu PF counterparts’.

Defence Minister Nosiviwe Mapisa-Nqakula has billed the ANC R105,545.46 for the lift she gave party members on an SA Air Force (SAAF) aircraft flight to Harare to meet Zimbabwe’s governing Zanu-PF on September 8.

The minister attached her invoice to the ANC to a dossier which she provided to President Cyril Ramaphosa and the Public Protector to explain the controversial flight.

She said the total cost of the flight had been R232,200. Apart from herself, ANC Secretary-General Ace Magashule and nine other ANC leaders, the SAAF Falcon 900 jet carried two defence force officials and four flight crew.

Though Ramaphosa had approved Mapisa-Nqakula’s flight to Harare to meet her Zimbabwean counterpart to discuss regional security issues, Ramaphosa formally reprimanded her for “an error of judgment” in giving a lift to the ANC delegation to travel to Harare to meet Zanu-PF officials on party business.

Earlier Ramaphosa had announced that he was docking her ministerial salary for three months from November 1. Her salary would go into the Covid-19 Solidarity Fund. On Wednesday, Ramaphosa, in the interests of “transparency”, publicly disclosed Mapisa-Nqakula’s correspondence with him as well as her correspondence with Public Protector Busisiwe Mkhwebane, who is also investigating Mapisa-Nqakula for the flight.

This was after Mkhwebane received complaints from MP Vuyolwethu Zungula, president of the African Transformation Movement, Hurter Spies of AfriForum and MP Pieter Groenewald of the Freedom Front Plus, alleging that Mapisa-Nqakula had been guilty of maladministration because she had used an SAAF jet for party-political business.

Mkhwebane told the defence minister in a letter that the three complainants had demanded proof that Mapisa-Nqakula had really met her Zimbabwean counterpart Oppah Muchinguri-Kashiri on the visit. They also demanded to know the purpose of the meeting.

In her submission to the Public Protector, which she copied to Ramaphosa, Mapisa-Nqakula provided correspondence with Muchinguri-Kashiri in which she requested the meeting to discuss regional security issues, including the Islamist insurgency in northern Mozambique and UN plans to change the regional Force Intervention Brigade operating in eastern Democratic Republic of Congo. She also attached a letter from the Zimbabwean defence minister accepting the meeting and the agenda.

Mapisa-Nqakula also furnished correspondence to show that Ramaphosa had approved her trip to Harare to meet her counterpart. In her letter to Ramaphosa she said she had agreed to take the ANC delegation with her as no scheduled flights were available because of the Covid-19 lockdown and because the visit was urgent.

She acknowledged that, “in hindsight it would have been prudent to inform your office in writing of my intention to ferry ANC members, of which delegation I formed a part, to meet our Zanu PF counterparts.”

She explained to Ramaphosa that she had a “quick courtesy briefing” with Muchinguri-Kashiri on arrival at Harare airport on the evening of 8 September and then had broken away from the meeting between the ANC and Zanu-PF – which had lasted from 10am to 7pm the next day – to meet her counterpart from 4.30pm to 7pm.

Mapisa-Nqakula also attached a “self-quarantine certificate” which she received from the Department of Health on 13 September, four days after she returned from Harare. It instructed her to go into quarantine at an address in Bruma Lake, Johannesburg.

In addition to the flight, she said the visit had cost the Ministry of Defence R33,280, comprising a total of R21,664 for one night for herself and her two officials in the Meikles Hotel, R5,782 for their combined daily allowances and R5,834 for the hire of two vehicles.

The plan for the trip in her dossier confirms that the delegation had originally intended to spend two nights in Harare, which would have given them time to meet the political opposition and civil society on the second day. At the time, a member of the delegation had said the meeting with Zanu-PF on 9 September had gone on longer than expected, so they ran out of time to meet others.

But the two-night itinerary suggests that Zanu-PF prevented them from meeting anyone else – as President Emmerson Mnangagwa had prevented Ramaphosa’s three special envoys from meeting the opposition or anyone else after they met him on August 10.

On the other hand, the ANC delegation might have cut short their visit when a controversy arose about their use of an SAAF jet to carry them to Harare. DM