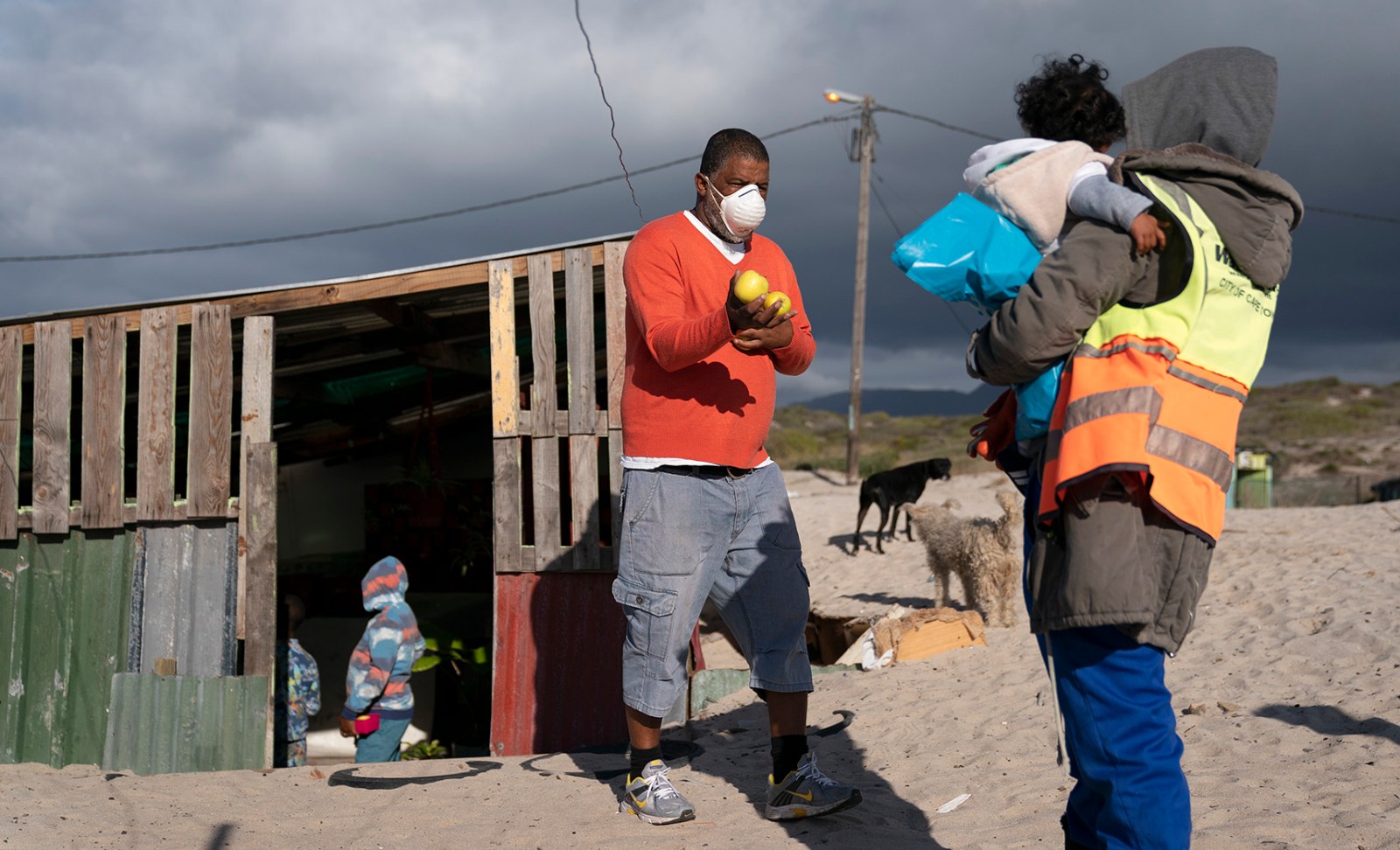 Ending the Social Relief of Distress grants and grant top-ups at the end of October, as proposed by government, would be disastrous. These interventions must continue alongside existing social insurance, like the Unemployment Insurance Fund, the Temporary Employer-Employee Relief Scheme (TERS) and social relief efforts like the distribution of food parcels until there is consistent evidence of economic recovery and stabilised conditions in households.

Hunger and food insecurity in South African households is at disturbingly high levels. But, with concerted, committed and long-term policy interventions that involve the government, civil society, community and faith-based groups, the private sector and philanthropic organisations, we can turn the situation around.

That is the key message from research conducted with my colleagues Professor Servaas van der Berg and Grace Bridgman as part of the second wave of the National Income Dynamics Study-Coronavirus Rapid Mobile Survey (NIDS-CRAM). This research built on work we undertook as part of the first wave, whose data shed light on how the first weeks of hard lockdown necessitated by the coronavirus pandemic affected 7,000 respondents. Data for the first wave was collected between 7 May and 27 June 2020; it painted a dismal picture of hunger and food shortages.

Most worryingly, comparisons with data from earlier surveys such as the General Household Survey (2002 to 2018) found that many of the improvements made since 2000 in adult and child hunger, as well as food security, were almost entirely reversed by the hard lockdown and the pandemic. Those improvements before the pandemic were largely driven by the expansion of the Child Support Grant.

For the second wave, which retained around 5,670 from the first wave, we examined people’s experiences of hunger and food shortages from 13 July to 13 August. By then, hard lockdown had been relaxed to “advanced” Level 3. There were some improvements in adult and child hunger, as well as food security. In Wave 1, 22% of households reported that someone had gone hungry in May and June; by Wave 2, this figure declined to 16%. Child hunger dropped from 15% in wave 1 to 11% in wave 2. The number of households that ran out of money for food also declined: from 47% in April to 37% in June.

Hunger is a deeply personal pain experienced by individuals and families who go without food. But it has far broader societal implications in the long term. The effects of child stunting through mal- or under-nutrition linger throughout a person’s lifetime: mental health challenges, poor school attendance and performance and pathways from food insecurity to intimate partner violence  to mention a few. All of this impairs a person’s ability to participate meaningfully in the economy and society. When families go hungry, its ripple effects are felt by us all.

The government introduced several temporary emergency social support measures when the lockdown and associated State of Emergency began on 27 March. Three of these have been central to relief efforts: first, the provision of a temporary supplementary social assistance benefit, a “top-up” to existing social grants for different beneficiary categories; second, the creation of a Covid-19 Social Relief of Distress (SRD) grant; and, finally, the Temporary Employee/Employer Relief Scheme (TERS). All of this occurred alongside localised social relief efforts in the form of emergency food assistance delivered by government, non-governmental organisations (NGOs), faith-based organisations, the private sector and philanthropic initiatives.

How have these responses helped? Research by the University of Cape Town’s Development Policy Research Unit suggests that the reduction in hunger between the two waves of NIDS-CRAM may have been because of someone getting or returning to a job, or due to the expansion of social protection through the two new grants (TERS and the SRD). Our own findings point to TERS in particular having lifted many out of food insecurity.

In addition, the National Schools Nutrition Programme, which provides school children with meals and stopped during the hard lockdown, also recommenced in July. This, too, may have assuaged hunger. Finally, public and private food assistance may have had a localised effect in reducing hunger.

Existing grants like the Child Support Grant, and their associated top-ups, would not have reached many more people in the second wave of the survey and are less likely to have been associated with reduced hunger between the two periods.

The government plans to end the grant top-ups and the SRD at the end of October. We cannot express strongly enough how disastrous this would be. These interventions must continue alongside existing social insurance, like the Unemployment Insurance Fund, the TERS and social relief efforts like the distribution of food parcels until there is consistent evidence of economic recovery and stabilised conditions in households. This is necessary in the interim until other longer-term social assistance measures being considered are in place.

The government needs to work with other actors to mitigate and alleviate the negative socioeconomic effects of Covid-19 and the hard lockdown. This is, as the return to at least partial lockdown in some European countries shows, a long road, and we cannot slow our pace. DM/MC