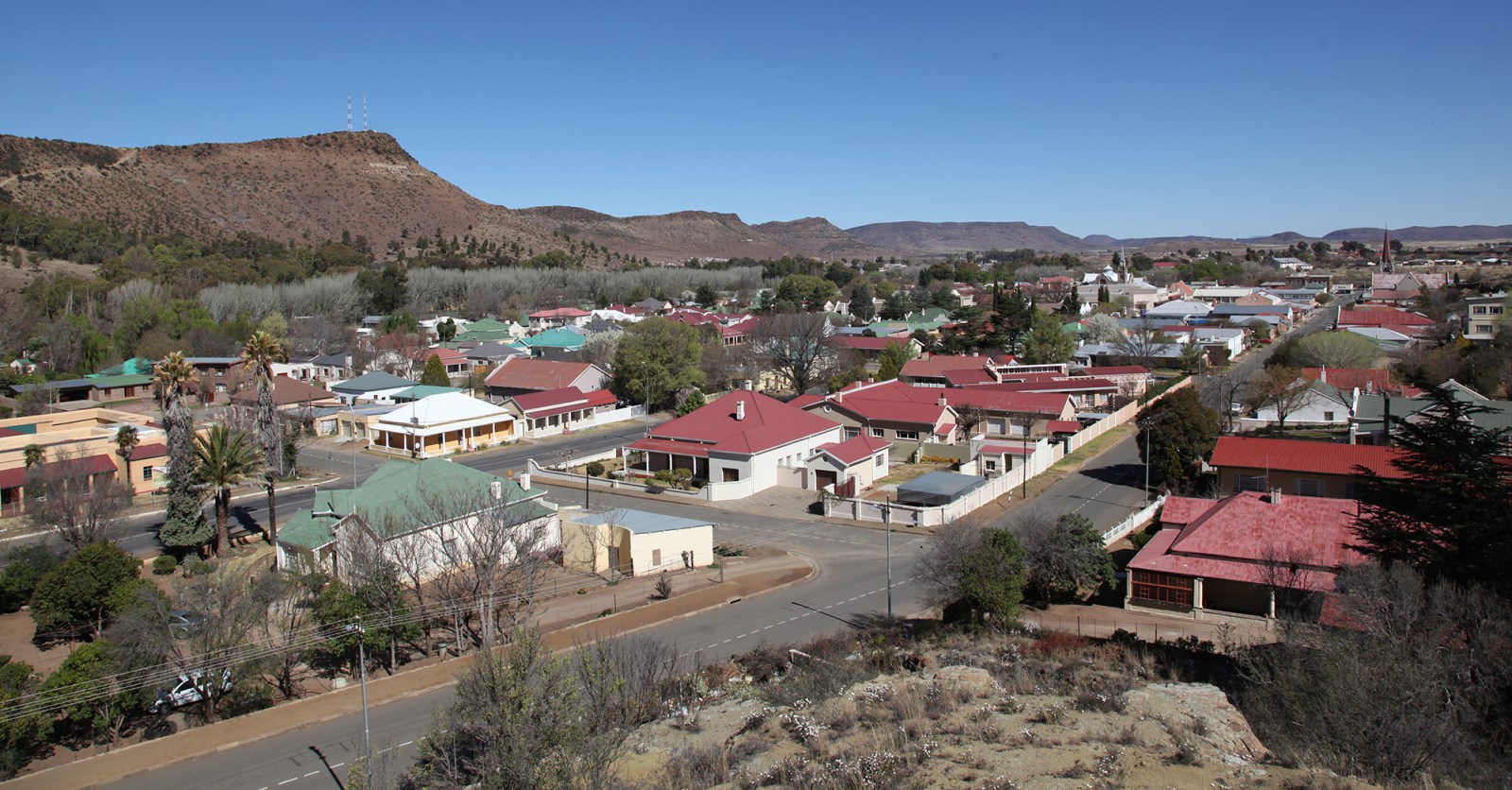 Burgersdorp in the Eastern Cape has embarked on an emergency plan to lift water restrictions as an outbreak of Covid-19 infections has reached levels similar to those during the surge in July and August. Residents of the town have access to water for only seven hours every second day. Municipal manager for the Joe Gqabi District Municipality, Zolile Williams, said in his latest update that the incidence of coronavirus infections in the Burgersdorp area is now 906 per 100,000 of the population. A lockdown on movement in the town is under consideration.

Emergency electrical repairs to a borehole and to infrastructure at the Chiapinnisklip Dam have been made in an effort to lift water restrictions in Burgersdorp where an outbreak of coronavirus infections since the beginning of September has seen cases rise to 229.

Burgersdorp residents have had access to water for only seven hours every second day since the beginning of 2020. The municipality had refused to lift the restrictions during lockdown.

In response to a request on 20 March by the Democratic Alliance councillor Marina van Zyl to lift water restrictions in the town, municipal manager Zolile Williams wrote:

“We appreciate your interest in responding to the current national disaster related to Covid-19, but it must be seen with the co-running drought disaster. We need to temper Covid-19 issues with the drought disaster and operational challenges and not let one result in a crisis in the other area.”

At the time the town’s two supply dams, the JL de Bruin Dam and the Chiapinnisklip Dam, were at 40% and 20% full, respectively.

“These are not yet deemed to be secure water sources,” Williams wrote, adding, “community members have been encouraged to store water on site.”

In an updated report, Williams said that while the percentage of positive cases in the Eastern Cape had been dropping and now stood at 20.2%, the rate in the Joe Gqabi district, where Burgersdorp is situated, had been rising and on 20 September reached 33%.

In the week of 20 September, the town had a similar number of cases to those in July and August when South Africa was undergoing a surge of infections.

The first sign of an outbreak was discovered in Burgersdorp’s Ethembeni High School where 102 pupils, one teacher and 26 community members tested positive for Covid-19. Eight pupils had recovered and had been discharged from the isolation site. Four pupils tested positive at Emzimkhulu Primary School.

He said 30 people are in isolation units, most being children from Burgersdorp.

Alterations to the Burgersdorp Hospital, Williams said, that would add eight beds and two high care beds, were now being “micromanaged” by the Eastern Cape Department of Public Works as progress was too slow.

Williams said the 20-bed isolation site in Aliwal North was expected to be ready only by October. Alterations to the Steynsburg Hospital that will add 16 beds and two high care beds will be completed only by the end of October.

He said that of 65 funerals monitored by municipal officials, three had been Covid-19 related, but only 36 were found to be compliant with safety regulations.

“It is particularly difficult to manage the number of people at funerals as there is a blatant disregard of the advice and direction of a peace officer and few mechanisms to enforce such taking place. In many funerals, the numbers of people attending are more than the stipulated number which is 100. When people are requested to leave funerals, they just stand outside the yard either in their cars or in an open space. Some people are not wearing masks when attending funerals. Funerals are exceeding the regulated two hours,” Williams said.

Van Zyl said the pump house for the bigger of the town’s two dams, the JL de Bruin Dam, had been vandalised and had not been repaired. As a result, the town was reliant on eight or nine boreholes for water.

Earlier in September, the municipality issued the seven state mortuaries in the area with prohibition notices for being non-compliant, but 28 of the 29 private mortuaries passed safety tests. They would take over the state cases.

A spokesperson for the Eastern Cape Department of Health, Sizwe Kupelo, said it had been agreed that the electricity supply to a borehole and the Chiapinnisklip Dam would be restored to make more water available in Burgersdorp and allow for the lifting of water restrictions.

He said another risk in the town was a lack of isolation facilities, but there was a plan to create additional capacity in Steynsburg if needed. Kupelo said the lack of space at Burgersdorp Hospital had been noted and other hospitals had been prepared for possible cases.

Van Zyl said there had been absolute chaos in Burgersdorp. The way the municipality had dealt with the water issue had been “a complete and utter failure”.

“Many of the residents in Burgersdorp are very frustrated with the water situation. We were all waiting for something to happen. For a small town, this outbreak is a massive blow. We are heading into the week when the grants will be paid out and I am scared that this will make the outbreak even worse.”

She said the Chiapinnisklip Dam breached in February 2020 and had emptied. In a written answer provided to the Eastern Cape Legislature, MEC for Cooperative Governance and Traditional Affairs Xolile Nqatha said a team came to look at the dam but the Department of Water and Sanitation said they did not have the money to fix it. As a result, equipment from the roads department was used to effect repairs, which were 85% completed.

Van Zyl said the pump house for the bigger of the town’s two dams, the JL de Bruin Dam, had been vandalised and had not been repaired. As a result, the town was reliant on eight or nine boreholes for water.

“Everyone forgot the small towns. Kids now have to suffer because of that,” Van Zyl said. DM/MC