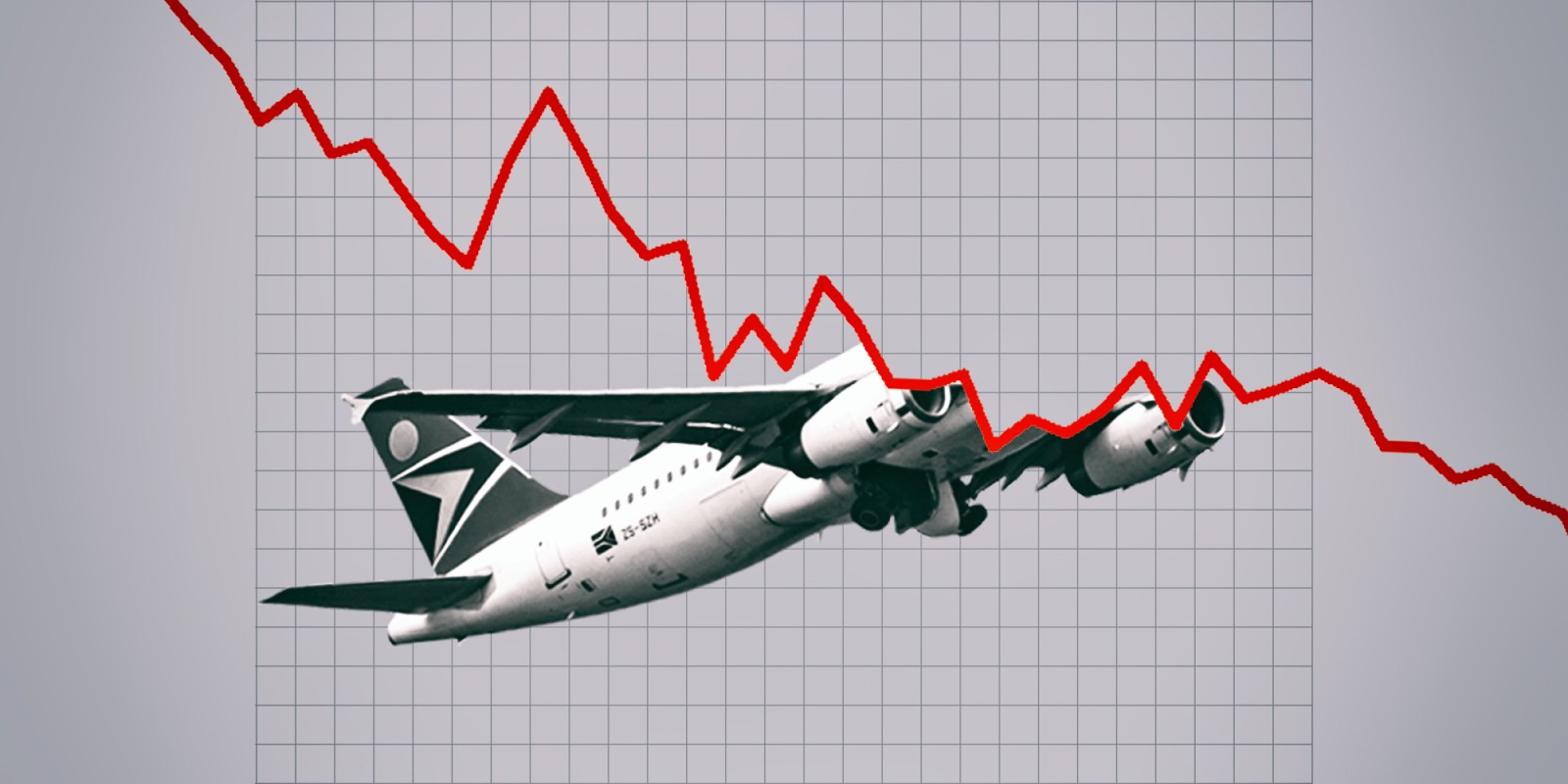 The aviation operations of SAA have been grounded again because the government has failed to raise R10.5-billion in urgent funding to restart the troubled state-owned airline.

SAA’s operations – along with the broader aviation industry – were grounded from 27 March when the government implemented travel restrictions and locked borders to slow the spread of Covid-19. But this time the grounding of SAA’s operations is due to its precarious financial situation.

The business rescue practitioners of SAA informed creditors in a note on Tuesday 29 September that all of SAA’s operations had been suspended with “immediate effect” because the airline has completely run out of working capital.

Earlier in September, the SAA rescue practitioners, Siviwe Dongwana and Les Matuson, told creditors that the airline’s financial position was “dire” because the available working capital to fund its operations is “near depletion”.

The delays in receiving funds from the government exacerbated SAA’s financial situation, resulting in the suspension of its operations twice in six months.

It has been a bad week for Mango Airlines, with threats of its aircraft being grounded because it allegedly owes SAA Technical money for aircraft maintenance work, according to a report by television channel eNCA.

Dongwana and Matuson said in a note that all SAA operations would be placed under “care and maintenance”, with only essential safety and maintenance work undertaken to preserve its aircraft fleet and other aviation-related assets.

The pair have been in talks over the past two weeks with the Department of Public Enterprises, National Treasury and commercial banks about assembling funds for the airline’s business rescue plan.

SAA requires R10.5-billion to fund the implementation of its business rescue plan, which proposes paying unsecured creditors nearly R2-billion over three years, retrenchment packages worth R2.2-billion to 2,000 workers, and funding the restart of the airline’s flights in January 2021.

But the government has failed to come up with the money for SAA, only saying that there is a clear commitment from the Cabinet to provide funding to the troubled airline. This would be done in “a fiscally neutral way” and could include ministers being asked to cut their departmental budgets to free funds for SAA, instead of raising funds through new debt sources.

Without money from the government, the rescue practitioners asked for short-term bridging finance from commercial banks to cover SAA’s operational expenses while it was being restructured.

Some of the banks, which are already exposed to SAA because they are the airline’s largest creditors, were unwilling to provide SAA with further support because it is not creditworthy given its dire financial situation.

But Dongwana and Matuson said commercial banks had indicated a “willingness to provide a portion of the funding required for the implementation of the business rescue plan”.

The pair didn’t disclose how much funding banks are willing to throw towards the restructuring of SAA. Banks want the funding to be backed by more government guarantees, an agreement that the government or the fiscus would pay up if SAA defaults on payments.

But there has been no progress on the government’s portion of the SAA-required funding.

“The BRPs [business rescue practitioners] are engaging with government in relation to the securing of the remaining funding that is required to fully implement the business rescue plan and what the implications would be for the company if it receives a portion of the required funding,” Dongwana and Matuson said in a note to creditors.

Dongwana and Matuson said they now “need time to assess and determine the appropriate way to proceed in the absence of funding”.

Without funding from the government, the rescue practitioners have laid out two options for SAA’s future: a structured wind-down of its operations or liquidation. A wind-down entails the disposal of assets and the payment of liabilities with the proceeds, and the possible survival of a financially distressed company. Liquidation entails a fire sale of a company’s assets and its permanent closure.

A decision will be made next week, but in the interim the rescue practitioners have suspended all SAA operations. DM/BM