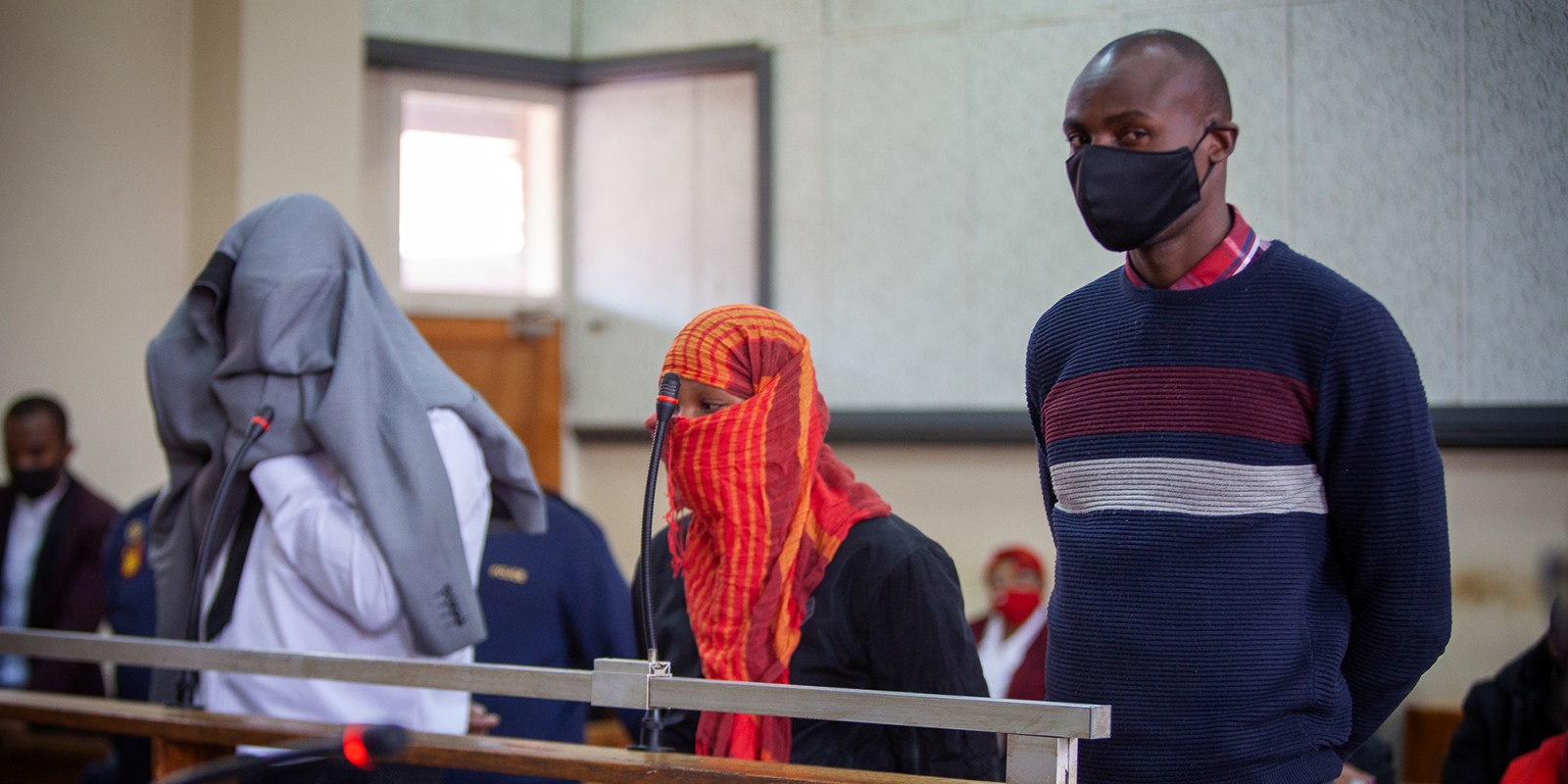 Magistrate David  Mhango denied bail to the three police officers accused of murdering Nathaniel Julies and ordered the trio to be remanded in custody until 6 November. In denying bail,  Mhango said the applicants had not presented any exceptional circumstances to warrant bail.

Mhango said there was a likelihood that releasing the accused could disturb public order. “This was displayed by the community’s anger after the incident,” said Mhango.

He further said that the community’s rage was displayed when they stormed the Eldorado Park police station and threatened to burn it down. Mhango said the accused knew that the deceased was not armed.

Simon “Scorpion” Ndyalvane, 46, Caitlin Whiteboy, 23, and Foster Netsiongolo, 37, are accused of killing Julies and trying to cover up the murder.

The state had earlier argued that the killing was premeditated.

Mhango further said Whiteboy’s life might be in danger if the accused were granted bail because the court already heard that Ndyalvane had sent her threatening messages, which the Independent Police Investigative Directorate (IPID) confirmed.

Mhango also noted, prior to delivering his bail ruling, that Whiteboy had reported cases involving drugs in Eldorado Park on four occasions, and that nothing was ever done about this. Mhango said this could also put Whiteboy’s life at risk.

Mhango said there was a likelihood that, if granted bail, the accused could interfere with state witnesses.

In handing down his ruling, the magistrate observed that Julies had Down syndrome; that the applicants had tampered with the scene; and that they had acted in common purpose.

Eldorado Park residents and family of the murdered teen were pleased with the ruling.

“I’m very happy that they have been denied bail… they killed my innocent son. This is taking a toll on the family and I could not have accepted anything less than bail being denied,” said Bridget Harris, Julies’ mother.

National Prosecuting Authority (NPA) Gauteng spokesperson Phindi Mjonondwane said the court had confirmed what the NPA was arguing all along.

“We have always maintained that we were against the applicants getting bail. What happened today just seeks to confirm that, and as the State, we are very happy,” she said.

During the bail application, the State argued that the applicants were bloodthirsty.

“They drove away, but because they had not quenched their thirst for blood, they went and shot the boy. The community was, and is still up in arms,” prosecutor Mzwandile Mrabe said.

The three officers face, among others, charges of murder, discharging a firearm in public, possession of unlawful ammunition and defeating the ends of justice. DM