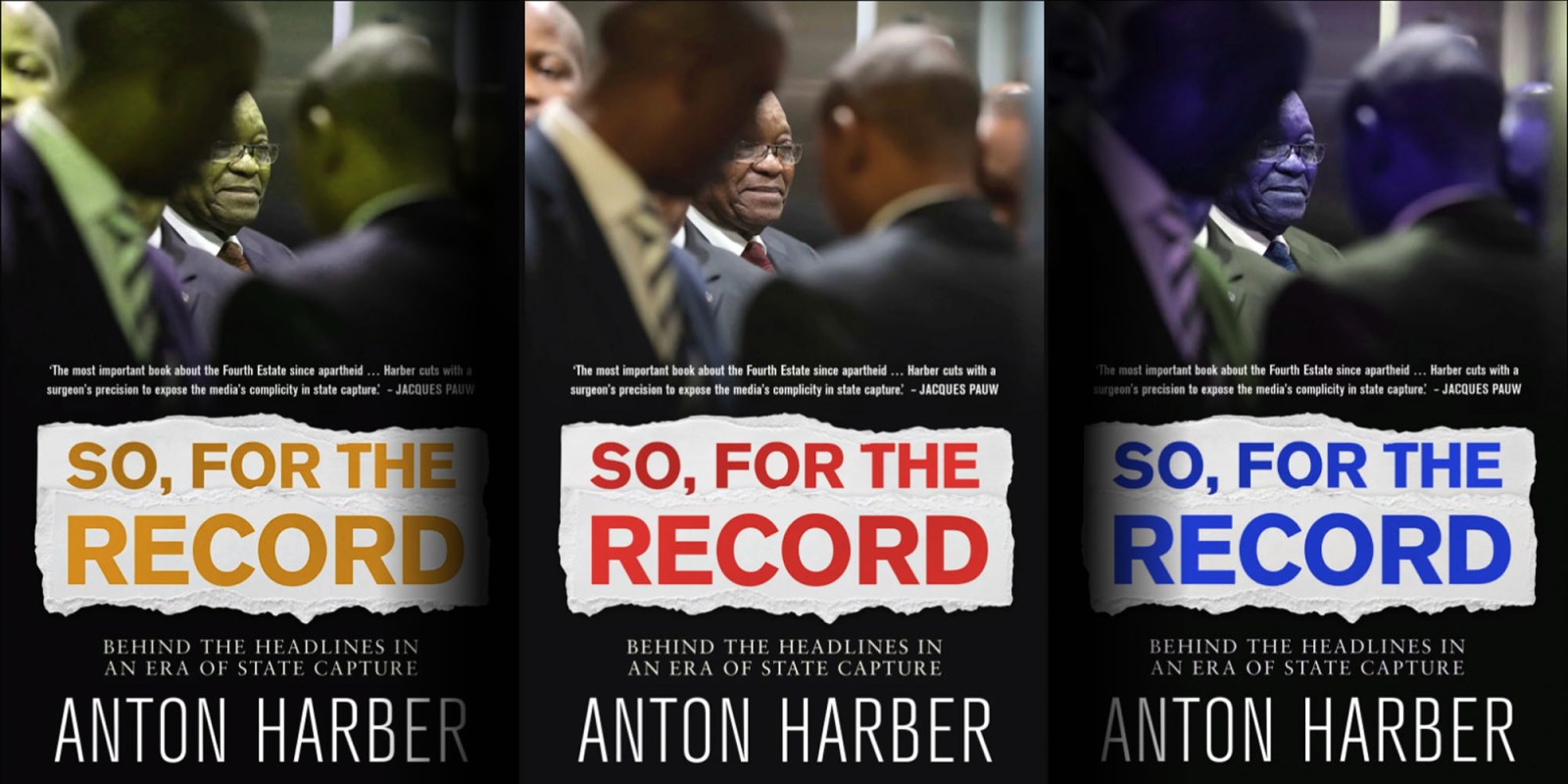 The Sunday Times’ now-notorious SARS ‘rogue unit’ story started with the report of a love affair, but grew into a series that, week after week, made increasingly grandiose and outrageous claims. In this edited extract from his new book, So, for the record – Behind the headlines in an era of State Capture (Jonathan Ball), Anton Harber shows how these escalating claims were based on the thinnest of second-hand evidence.

In the weeks after the first “Love affair rocks SARS” report, the Sunday Times investigations unit moved in and took over the story from newsroom reporters. The team was fed a constant flow of material about SARS and, ignoring the flak and conflicting reports by their rivals, they ramped up their coverage.

On 12 October 2014, the headline was “SARS bugged Zuma”. On 9 November, it was “Taxman’s rogue unit ran brothel”. This was no longer a racy tabloid love-affair saga; it was a suggestion that the unit had gone completely wild, was contemptuous of the law and was interfering in national politics, way beyond its brief.

According to the reports, the SARS officials had broken into and planted listening devices in Zuma’s home when he was running for ANC president; they were involved in illegal surveillance and “house infiltrations” to spy on taxpayers; they had set up their own brothel, and posed as bodyguards for prominent politicians in order to eavesdrop on them; the unit had become “a law unto itself”, issuing its agents with fake identities.

It was breathtaking stuff, often stated, in keeping with the Sunday Times’s traditional “treatment”, as fact. It was Sunday Times practice to remove as many qualifiers – such as the word “alleged”, or “claim” or quotation marks – to remove any doubt from the story to give readers a clear and unequivocal narrative.

They went with the story they believed and ignored any other versions of events. They usually approached the subjects of their stories only at the last minute, and then put in just a few lines of denial. They were ticking the box of right of reply rather than hearing the other side in any substantive way.

In the first follow-up story, SARS was allowed a token three-line “vehement denial”, with a fuller statement hidden on the bottom of page two. In the second story, you had to go to the last few sentences on page five to find SARS’s two-paragraph denials.

The key descriptor for the SARS unit had now become “rogue”. The word had first appeared in the earlier – and equally dubious – stories about illegal renditions to Zimbabwe, and Jacques Pauw at City Press had used it in his 2014 exposé of the State Security Agency (SSA) operatives who he’d said were framing the SARS officials. It was a useful journalists’ tool, a conveniently vague label that could be thrown around with abandon, one that the lawyers could live with. You had to be careful about saying they broke the law, or exceeded their mandate, or even that they made mistakes, as they could sue for that. It was safer to say they’d gone rogue.

There were a total of 36 Sunday Times stories over the next two years that reinforced this picture of SARS. But there was a vagueness in the reporting – a lack of names, dates and other specifics – that should have worried any editor, and the stories were riddled with unproven claims and naked falsities.

The paper sourced the stories to documents its reporters had “seen” (but didn’t have in their possession) and “SARS officials who spoke on condition of anonymity”.

One source of proof that was presented was that in leaked emails (Johan) Van Loggerenberg had been asked where he’d got details of some conversations and he’d said, simply, “Intercepted” – not who’d done the interception or whether it was legal or not, just a claim that it had come from an intercepted conversation. The report also cited as evidence a memo from the unit that outlined “rules of play” that included “group is not known” and “cost centre is not known”. The reporters didn’t explain what this meant or how it supported their case.

The evidence for the brothel was a memo from one person: “Members were told to establish businesses as a ‘cover’. One of these was the brothel. ‘I was very much unhappy about the brothel as a SARS employee was also pimping young women,’ a member wrote.” There was no indication of where this brothel was in Durban, no photograph, no details of the “pimping”, and no substantiation or verification at all. It was just a second-hand claim.

Another example is on 9 November 2014; the paper reported that Van Loggerenberg had admitted in a letter to SARS commissioner Tom Moyane that they had run a rogue unit, calling it a “confession”. I’ve seen the letter and there’s nothing in it that amounts to such an admission.

The spying allegation was supported by an “intelligence official [who] confirmed… that the Cabinet security cluster had independently established that a bug had been planted in Zuma’s house”. Note it wasn’t SARS that had planted it, just that one had been planted. It wasn’t clear what it meant to “establish” this fact, or to do so “independently”. And in the “SARS bugged Zuma” story, it was stated that the SARS unit had carried out the bugging in 2005, as well as intercepting one of Zuma’s meetings in 2007 – but the unit didn’t even come into existence until some years later.

The man at the centre of the “Zuma bugging” story sent an email denying it three days before the story appeared. “[We] were never involved in any bugging operation on President Zuma’s house or him as an individual and, for that matter, any other surveillance operations or the interception of communication of any citizens. This would have been illegal and during the period of my employment at SARS we never engaged in any illegal activities,” he wrote. Not a word of this appeared in the Sunday Times report.

Another example is on 9 November 2014; the paper reported that Van Loggerenberg had admitted in a letter to SARS commissioner Tom Moyane that they had run a rogue unit, calling it a “confession”. I’ve seen the letter and there’s nothing in it that amounts to such an admission.

And on 12 April 2015 the Sunday Times reported that Van Loggerenberg was “a CV cheat” who’d “exaggerated [his] qualifications by passing himself off to a journalist as an MBA graduate” – a claim for which no evidence has been provided to this day.

SARS sent the Sunday Times a long and detailed email pointing out that much of the information appeared to be a repeat of allegations from the dossier put together by the discredited former official, SSA and tobacco industry agent, Mike Peega. This wasn’t mentioned in the Sunday Times story.

Where was the Sunday Times getting its information? Piet Rampedi later told the Press Council that it came from a combination of former SARS officials, current SARS officials and “intelligence officials”. He refused to name them, but he was confirming what City Press was saying: the SSA and/or police Crime Intelligence had a hand in it. DM

So, for the record – Behind the headlines in an era of state capture, published by Jonathan Ball, hits the shelves this week. Anton Harber is a former editor, a veteran of 40 years of journalism, now Caxton Adjunct Professor of Journalism at Wits University.