Pitso Mosimane: A desire to win every match is an addic... 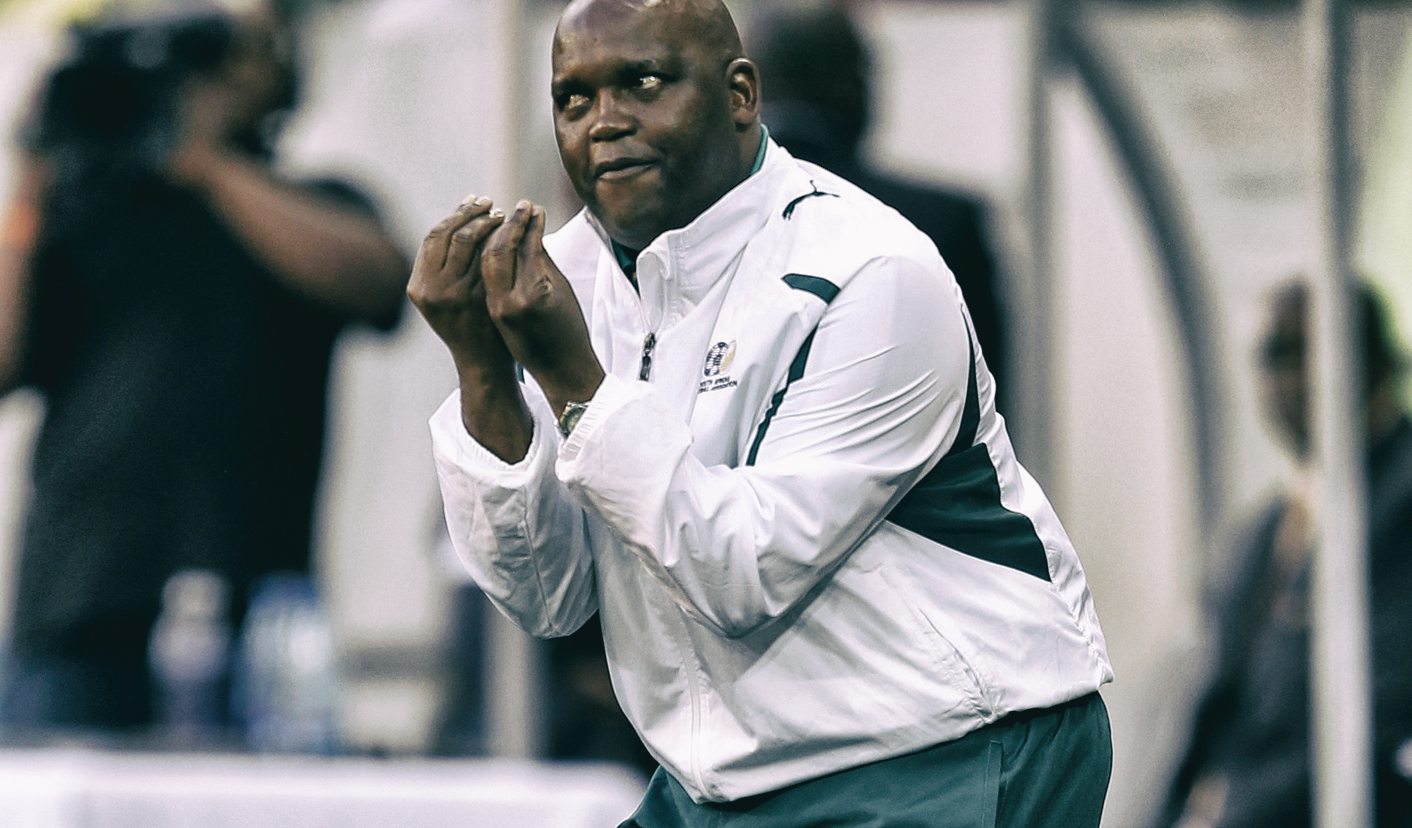 In the space of the last few weeks, Pitso Mosimane has rewritten South African soccer’s record books and confirmed his place as the most successful coach the professional game in this country has seen.

Winning the ABSA Premier League for a third successive season helped Pitso Mosimane set a new benchmark for the Premier Soccer League. It also emphasised the dominance his Mamelodi Sundowns team has enjoyed in local soccer over the last decade.

Earlier this month, as Sundowns edged to the league title ahead of a bungling Kaizer Chiefs, he became the first coach to win five league titles, superseding the likes of Jeff Butler, Ted Dumitru, Gavin Hunt and Gordon Igesund.

It establishes, without fear or favour, his place at the top of the pecking order. It also offers Mosimane the opportunity, these days sporting the appropriate grey beard, to take an older statesman’s role, even if he is still only a 56-year-old.

It will mean tempering his chippie character and learning to be much more magnanimous, which is certainly what someone with his track record can now afford to do.

Mosimane gives an air of someone who still feels like he has something to prove, sensitive to questioning and criticism, quick to pass the buck and slow to admit when mistakes can be placed at his door. Of course, these are all characteristics of those driven to success and, in an age where winning at all costs is celebrated intemperately, it is difficult to be disparaging about someone so focused and committed.

You only need to look at the begrudging admiration that Jose Mourinho still enjoys, even if his bloody-mindedness is now giving away to ordinariness.

Mosimane likes a good comparison to figures in the world game. His public pronouncements are littered with references to Barcelona, Liverpool, Chelsea, Pep Guardiola and Jürgen Klopp, often though, superficial and out of context.

But he is an ardent student of the game and like all South African coaches, obsessive about playing “entertaining football”.

Unlike his contemporaries, however, he is capable of achieving this because of the boundless resources at his disposal. The deep pockets of billionaire mining magnate Patrice Motsepe mean Mosimane had his pick of the best available talent, and with a keen eye and assiduous courtship, he invariably gets the man he wants.

Some took longer than others, some did not work out the way it was envisaged they would, but no one can compete with Sundowns in the transfer market.

Since Mosimane was appointed at the club eight years ago, they have bought more than 50 high-priced players at the top of their game, paying hundreds of millions in transfer fees, signing on bonuses and on handsome six figure salaries.

At first the spending was almost obscene and Sundowns was quickly accused of buying players just to keep them out of other team’s clutches, although this may have been an unfair accusation. But both Motsepe and Mosimane proved sensitive to the criticism.

Mosimane often insisted to reporters that he needed three players in each position to ensure that he could compete on all fronts – attempting to win the league, take all the domestic knockout trophies and also challenge for success in continental club competition. But he rarely rotated his side, sabotaging his own argument and offering fuel to the conspiracy theorists.

The accusation of clubs buying their way to success is all too common in the modern game.

In England it was first steel magnate Jack Walker at Blackburn Rovers before Roman Abramovich at Chelsea and then the Abu Dhabi royal family at Manchester City. Juventus dominated Italian football on the back of the largess of the Agnelli family and Paris St-Germain have been able to take a stranglehold on French football because of Qatari money.

But you still need to mix the cream together to achieve the right winning consistency and it can be argued that keeping the lid on a potential combustible pot of egos and prima donnas is perhaps tougher than trying to succeed with a mediocre selection.

Mosimane is much beloved by his star-studded squad and keeps the ranks happy, even if many celebrated signings have quickly been confined to the bench or the stands when they have not met expectations.

There is a professional air about the Sundowns teams as doctors, physios, kitmen and match analysts scurry around the side, but no sense of draconian discipline and stifling rules and regulations.

Mosimane, mostly looking unkempt in a tracksuit with an omnipresent polystyrene cup of coffee in hand, has a reputation for tardy timekeeping but keeps a ‘happy shop’.

His players admire his preparation. Few have his appetite for learning and a story from the early days of his coaching career best illustrates his get-up-and-go attitude.

It was 2002, not long after he replaced the gregarious Bruce Grobbelaar at SuperSport United, and it was with his first full season in charge approaching. He was enamoured with the book Conditioning for Soccer by the Dutchman Raymond Verheijen, the first to espouse the concept of football-specific training and a scientific approach to physical preparation that eschewed the traditional running-up-the-hill more standard method.

Repeatedly consulting his doggedeared copy was not enough for Mosimane, who took the bold step of contacting the Hollander for help in preparing his pre-season training. Verheijen had no idea who this “African interloper” was, but enough pestering from the focused Mosimane saw him agree to a meeting.

Mosimane tells the story thus: “My pre-season was done in one day! At Schiphol Airport, in the hotel. KLM left Johannesburg at 11pm; I landed at 5am the next morning. Raymond told me to sleep for three hours, he needed me fresh.

“I paid for my flight, the hotel, a conference room, and I paid Raymond for his time. He gave me six or seven hours in total and we thoroughly went through every day of the pre-season preparations he’d planned.

“We went through all the principles and the timing. I was falling asleep. He sent me to take a nap and then come back again after an hour. We went through flip chart after flip chart. Then I got on the flight that evening and came back home again. It was worth every penny.”

Physical preparation remains the backbone of Mosimane’s approach and he often boasts his players are the fittest in the league. It is evidenced by Sundowns continued success despite spending the last five seasons in a vicious cycle of draining matches across all competitions, where they have been taxed to the maximum both physically and mentally. They play so much more because they are more successful, going consistently deeper into cup competitions than other clubs, crowned by them taking the African Champions League title in 2016.

It earned Soweto-born Mosimane the Coach of the Year title at the Confederation of African Football awards.

But, for all the achievements and accolades, there is still much for him to do, and with Motsepe’s bounty showing no end, still plenty of time to do it.

Sundowns are creating a domestic dynasty but want to dominate the Champions League as well. That is where Mosimane will now focus his ambitions, although the desire to win every match remains an addiction that keeps him edgy and driven. Just as a top coach should be. DM168