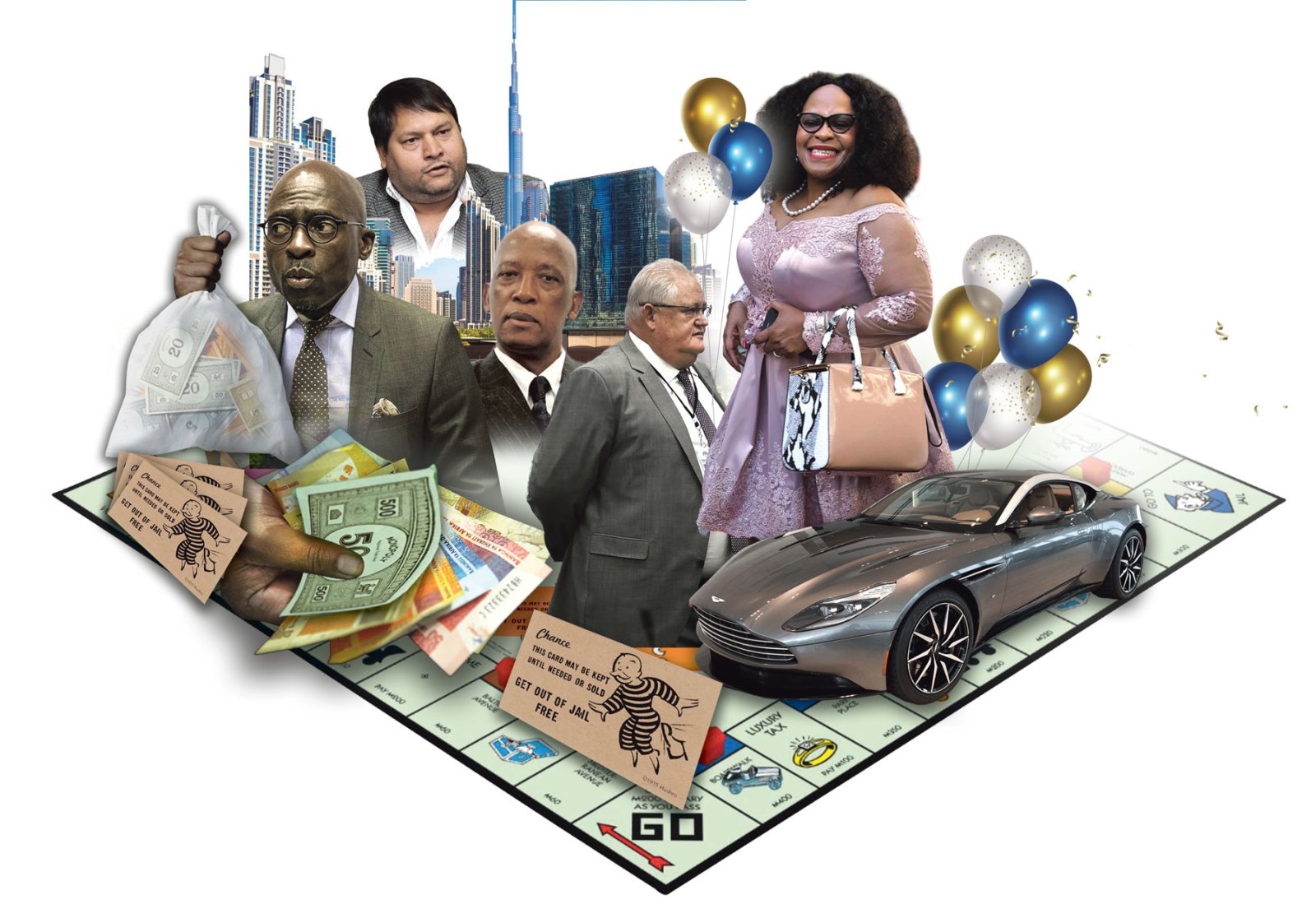 From cars to cash and holidays in Dubai. The Zondo Commission of Inquiry and the #GuptaLeaks are an X-ray into what it takes to bribe a politician in South Africa today. Hint: it’s much less than R600-million. Here’s what we know so far.

The Zondo Commission of Inquiry into State Capture, now running at almost 300 days of testimony, as well as other inquiries into State Capture and related criminal charge sheets, are providing a taxonomy of how to bribe a politician in South Africa.

This taxonomy reveals that the cost of bribing a politician at the national level is going down.

The story, as we know it, starts with former deputy finance minister Mcebisi Jonas, one of the first marquee witnesses to appear before the Zondo commission of inquiry.

In August 2018, Jonas was one of the first witnesses at the Zondo Commission of Inquiry into State Capture to speak publicly, under oath and on the record, about his experience of being offered a bribe some months earlier at the Gupta family’s estate in Saxonwold, Johannesburg.

“Mr Gupta (Ajay) ignored what I said [that Jonas was not interested in becoming finance minister) and he said emphatically that I must become the Minister of Finance…,” Jonas said.

“He also said that if I worked with them, I would become very rich and that he could immediately offer me R600-million.

“He pointed at Mr Duduzane Zuma (who was in the room) and said they have made him a billionaire and that he had been bought a house in Dubai” Jonas told the commission.

No other politician, you will be relieved to know, has been offered nor been paid this amount.

Mcebisi Jonas did not take the bribe, as history now reveals.

Responding to evidence by the company former COO Angelo Agrizzi into how Bosasa had bought off the ANC government, Mokonyane’s testimony revealed that it took a birthday sponsorship and a deposit on an Aston Martin.

After initially denying the Bosasa 50th birthday party sponsorship at the Victorian Guest House in Krugersdorp, Mokonyane was prodded by evidence leader Advocate Viwe Notshe to admit that it had been, not her 50th as Agrizzi had said, but her 40th birthday party celebration.

Agrizzi had got the birthday milestone wrong but he remembered its theme as a “break-your-leg” party, which got Mokonyane hopping mad.

Mokonyane also told Zondo that “I cannot attest how it ended up being a party because there was a plan to say we are going out for dinner, we are going to have a few people joining us and then we are coming back home… and then as I came in (to the venue), then everybody said ‘surprise, surprise’.”

The other big gift Mokonyane received, but which she does not classify as a bribe, was a R2.2-million deposit on an Aston Martin paid for by a friend.

“We, my husband, had been doing some work including trying to get contracts coming from your Eskom and so forth…and so he, in our understanding of why my 50th is very important, he then said and discussed and one of the things we agreed on was that we need something that I think I would be happy with.

“And he will work with me to make sure that I get it,” explained Mokonyane.

The contract took a while to come through, so the couple’s friend Thaba Mufamadi came to the rescue, paying a R2.2-million deposit on her 50th birthday Aston Martin gift.

It was never repaid.

“In return, they were going to be part of his partnership on… the Eskom contract. So that is how the deposit was made.”

For the rest of the politicians, it’s often good old king cash.

OUTA’s further investigation of the #GuptaLeaks emails found payments to Martins totalling R240,000, made in four tranches of R60,000, from Mabengela Investments, a company owned by Duduzane Zuma and Tony Gupta.

In August, the bodyguard of former home affairs minister Malusi Gigaba detailed seven visits to the Gupta compound and said the minister had received cash on several of these occasions.

On one of those visits, Gigaba had been sloppy and the driver had seen him take some cash in R200 notes from a sports bag bulging with the currency.

The bodyguard alleged that Gigaba had shopped in cash for some of the immaculately tailored suits he is known for.

Gigaba is also known to have shopped in cash at Charles Greig jewellers. These trips were in the high-roller retail zones of Sandton City and Hyde Park shopping centres in Johannesburg.

Also, earlier this year, the UK investigative organisation Shadow World, run by former ANC MP Andrew Feinstein and his associate Paul Holden, found in a deep dive into the #GuptaLeaks emails that former mineral resources minister Mosebenzi Zwane had received R500,000 in payments from the Gupta family’s companies while he was Free State Agriculture MEC.

Later, when elevated into the national Cabinet, he received jet-setting holidays to the Oberoi hotel in Dubai along with Des van Rooyen, who was the country’s shortest-lived finance minister.

The Oberoi is a five-star hotel in Dubai but it is by no means the city-state’s finest, so it does appear as if the Guptas lowered the going rate as the politicians they paid to play got cheaper and cheaper. DM168

The main image was updated post-publication to remove Lungisa Fuzile, who was included incorrectly, from the graphic. We apologise for the error.