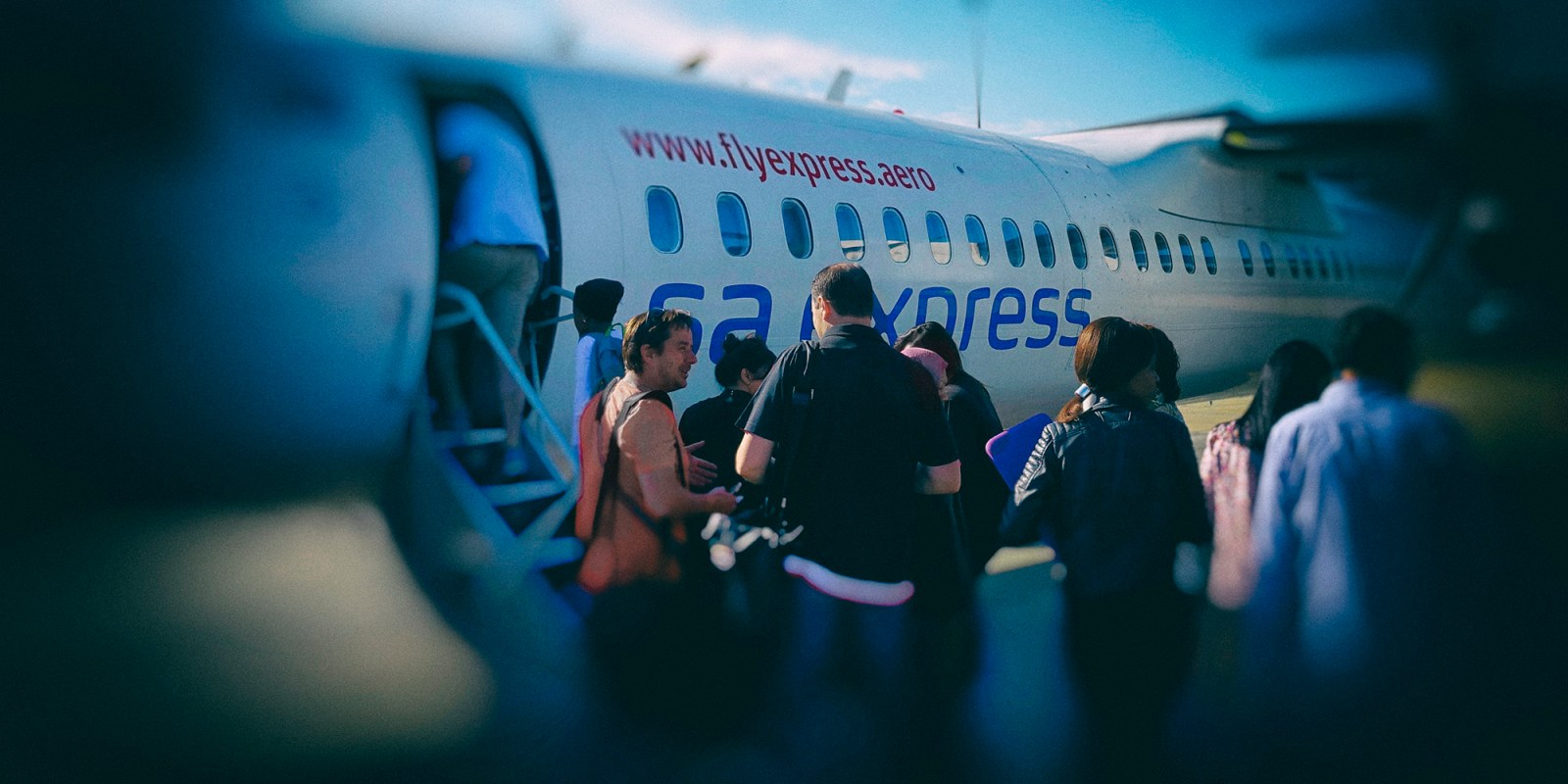 the provisional liquidators of SA Express approved a bid by Fly SAX to save the airline from collapse after 26 years in the skies. (Photo: EPA / Mikko Pihavaara)

Over the next few weeks, Fly SAX will have to raise at least R250m to buy SA Express and provide further capital to restart the airline, which typically serves smaller cities in SA.

A company founded and led by some SA Express workers has emerged as successful in a bidding process to buy the troubled state-owned airline, which is now in provisional liquidation.

Business Maverick understands that on Wednesday 23 September, the provisional liquidators of SA Express approved a bid by Fly SAX to save the airline from collapse after 26 years in the skies.

Fly SAX was founded in August by a group of SA Express workers.

Over the next few weeks, Fly SAX will have to raise at least R250-million to buy SA Express and provide further capital to restart the airline, which typically serves smaller cities in SA.

SA Express has become another state-owned basket case, placed under provisional liquidation by the High Court in Johannesburg on 28 April 2020 because it ran out of money and couldn’t pay creditors the R2.5-billion owing to them.

The same court recently granted the team of SA Express provisional liquidators – led by Aviwe Ndyamara – until 28 October to conclude talks with potential investors to sell the airline.

It is understood that no money has been provided by Fly SAX in the competitive bidding process, which attracted at least 17 private-sector investors who wanted to either purchase SA Express’ entire operations or aviation assets.

Fly SAX’s bid won favour with the provisional liquidators because it apparently seeks to empower SA Express’s 691 workers who are said to be at the centre of the airline’s future ownership model – and not the state.

In its bid, Fly SAX teamed up with Uprise.Africa, which calls itself a “crowdfunding, private-equity platform”. Fly SAX and Uprise.Africa plan to raise money for SA Express through Uprise.Africa’s crowdfunding platform – funds that will be used to pay SA Express creditors and restart the airline’s now grounded operations.

It’s unclear how much money Fly SAX and Uprise.Africa plan to raise for SA Express.

That Fly SAX’s bid was approved by the provisional liquidators doesn’t yet make it the new owner of SA Express. Its bid is still subject to crucial conditions including demonstrating that it can inject capital into the airline and the approval from the sole shareholder, the Department of Public Enterprises.

Spokesperson for Fly SAX Thabsile Sikakane confirmed to Business Maverick via email that the company had received approval from the provisional liquidators to acquire SA Express and to “further capitalise” the airline.

Fly SAX also said it was yet to raise capital to purchase SA Express through the provisional liquidator’s bidding process or provide money for the airline’s future capital requirements.

“Without disclosing details, we can only confirm that the capital raise plan is not for the [initial] acquisition [of the airline] but will be done post-acquisition to meet its working capital requirement and asset financing for the new airline… More details will be available in the coming days,” said Sikakane.

The provisional liquidators of SA Express hired Liquidity Services, an operator of online auctions, to manage the bids tabled by potential investors. Liquidity Services’ John Taylor didn’t comment when asked about the Fly SAX bid for SA Express, saying only he was not making public statements about the affairs of the airline.

Businessman Theunis Crous, who was also in the running to buy SA Express, has now been ejected from the bidding process. Crous, through his aviation company Fly Modern Ark, tabled a buyout offer of R100-million.

The reasons for the rejection are not clear. Crous said he is weighing his options, which might include legally challenging the liquidators’ decision to reject his offer. DM/BM