Residents feel let down by Mahikeng municipality after... 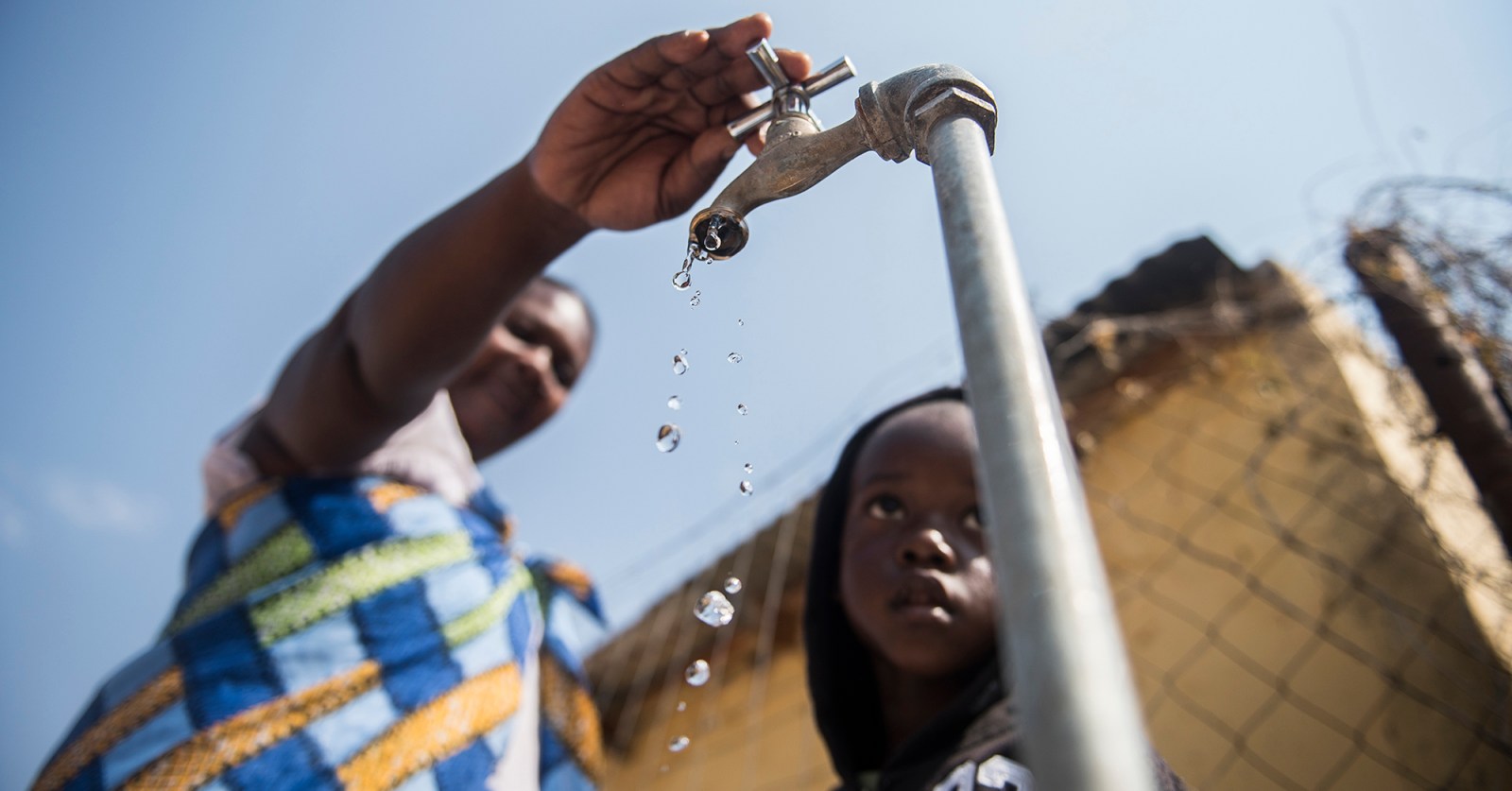 A woman fills her bucket from a trickling tap in North West. (Photo: Shiraaz Mohamed)

Furious residents from Motlhabeng Village, Mahikeng in the North West have been without water for days and have accused the local municipality of not caring about them.

Some residents have boreholes in their yards, while others have taps installed, but a large number rely on water supplies from communal pumps. This has caused great dissatisfaction in the community and now, they are forced to seek water from neighbours with boreholes or walk to nearby villages because their communal taps have little to offer.

Daily Maverick visited Mahikeng and found several residents waiting to collect water from a tap. The water trickled out and residents complained that it was not fit for drinking.

Thapelo Makhwaya, who had waited over an hour for his turn to collect water said, “This water is an issue. There are only three communal taps where we can get water from but for the past four or five days we have been left without any water. Today the water is coming out slowly but it is also dirty and smelly.”

He is one of many disgruntled residents. “Our municipality is disappointing us. I mean, so long without water? We cannot talk to our ward councillor because he does not listen to us. We have tried to but now we have just given up on talking.”

Another resident, Martin Matanye complained, “I am shocked that we have been without any water for so long. Usually, we don’t have water for a few hours but then it comes on. I am unhappy because no one from the municipality has bothered to inform the community about the problem.”

In an email, March said that the local water treatment plant had been vandalised and pump station cables stolen, for a second time, during the week of 18 September 2020.

“The water treatment plant’s 70mm underground cable was stolen. Therefore, in mediating the situation currently, a smaller cable was fitted to the plant so that water can be temporarily restored while awaiting the correct sized cable, thus limiting the pressure of water,” March said.

The technical team was on site to restore water supply and the district would report on the progress to affected communities. DM