Cops accused in Nathaniel Julies murder turn on each other 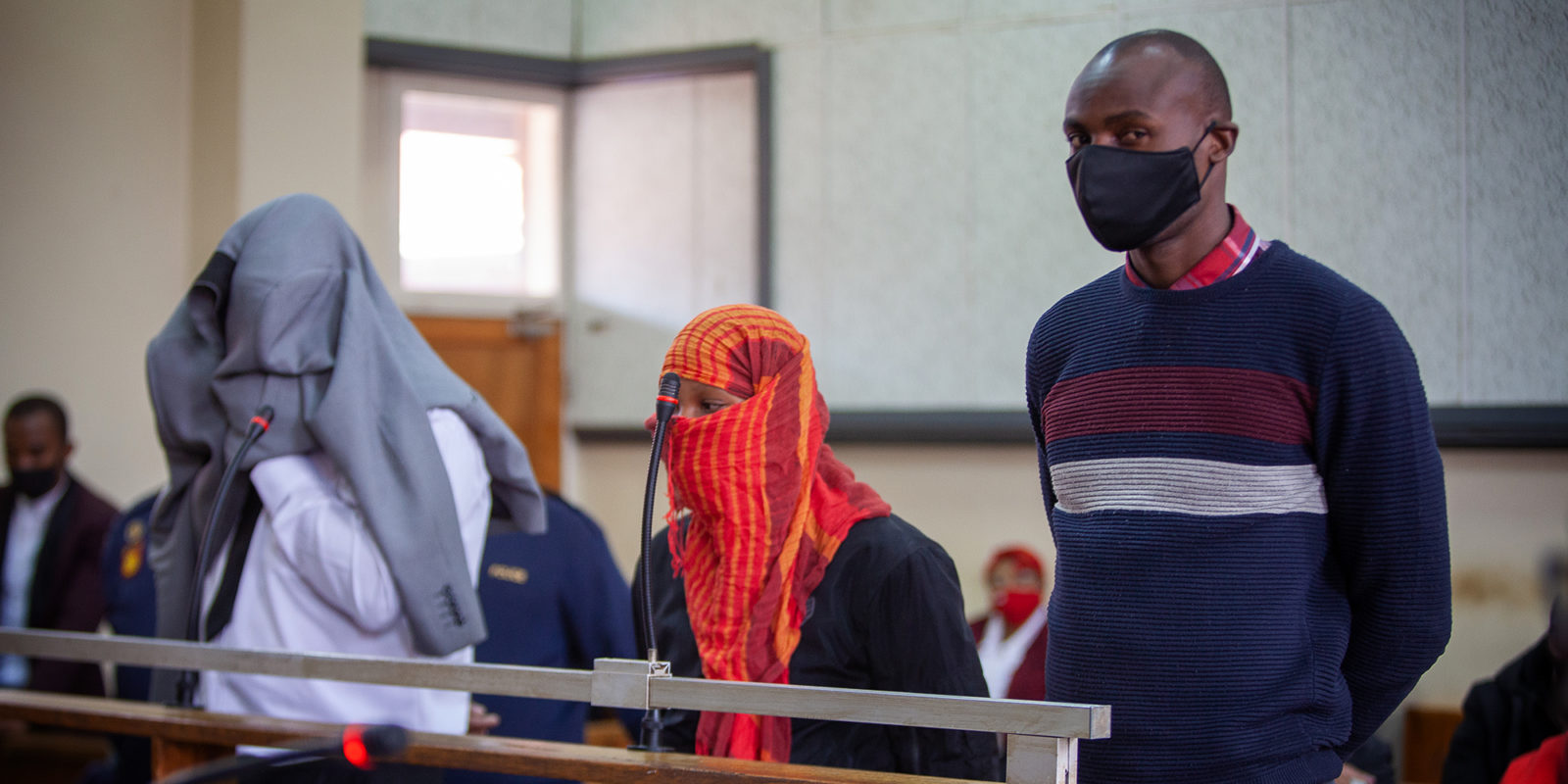 The State claimed that there was collusion among all three officers accused of Julies’ killing, and that this was premeditated murder.

Three police officers accused of killing Eldorado Park teenager Nathan Julies, who suffered from Down syndrome, in what the State claims was premeditated murder, appeared in a Protea Magistrates’ Court for their bail hearing on Tuesday.

In her affidavit read before court, one of the officers, Caitlin Whiteboy, claimed that her fellow accused, Simon “Scorpion” Ndyalvane had tried to influence her evidence. She said Ndyalvane sent her threatening messages demanding that she tailor her evidence to corroborate his version of events.

Whiteboy said Ndyalvane promised to pay her legal fees if she acceded to his demands.

She said Ndyalvane told her that if she refused to manufacture her evidence to concoct a story similar to his, he would kill her.

The State claimed that there was collusion among all three officers accused of Julies’ killing, and that this was premeditated murder. The State said the third accused,Voster Netshiongolo, was called by Ndyalvane from the Chris Hani Baragwanath Hospital where he had taken Julies.

But when Netshiongolo called Julies’ family from the scene of the murder, he told them he could not help them as he was off duty.

The case against the trio will continue at the Protea Magistrates’ Court on Wednesday. The officers are also accused of colluding to interfere with the crime scene. Netshiongolo is said to have gone to the scene and planted two live ammunition casings so that it seemed that police were involved in a shootout with two men they were keeping an eye on after receiving an alert of suspected stolen property in a vehicle in the area.

Whiteboy claimed she was framed for Julies’ killing. She said in her affidavit that she had previously received death threats for her resistance to the drug trade in the area, and that this might have angered some of her own colleagues.

Whiteboy said she had received death threats in relation to other cases she had investigated relating to drug lords.

Ndyalvane’s legal representative, advocate Paul Lisha, vigorously disputed the State’s claims and Whiteboy’s version of events.  Lisha said the State had done a poor job. He said on the day in question, three firearms had been booked out without ammunition from the Eldorado Park police station.

In her statement, Whiteboy said she was not aware that the firearm she used on the day of the killing had live rounds in it, as she had used it with rubber bullets earlier in Freedom Park.

Lisha, however, disputed suggestions that his client gave Whiteboy the firearm and ordered her to shoot. “It seemed accused 1 did not discharge a weapon. It was accused 2 who took the firearm and fired the shots that killed Julies,” said Lisha.

In his affidavit, Netshiongolo said he was alerted to the scene by accused number 1 and 2. He said he found bullets and took them and booked them at the police station.

He said his release would not interfere with public order in the Eldorado Park community where he lives.

In requesting bail, all three accused said they were not flight risks, and that they had never ventured out of the country. They said denying them bail would cause great suffering to their families as they were breadwinners.

Magistrate David Muhango reminded Lisha that after Julies’ murder, there was turmoil in Eldorado Park, and that his client’s release on bail could anger the community.

An affidavit by Julies’ mother was also read in court.

“I’m requesting that they don’t get bail. My son died in hands of police who were supposed to protect him. He left the house to go buy biscuits. I’m against them getting bail. Seeing them outside will cause us more pain and they might interfere with witnesses.” DM