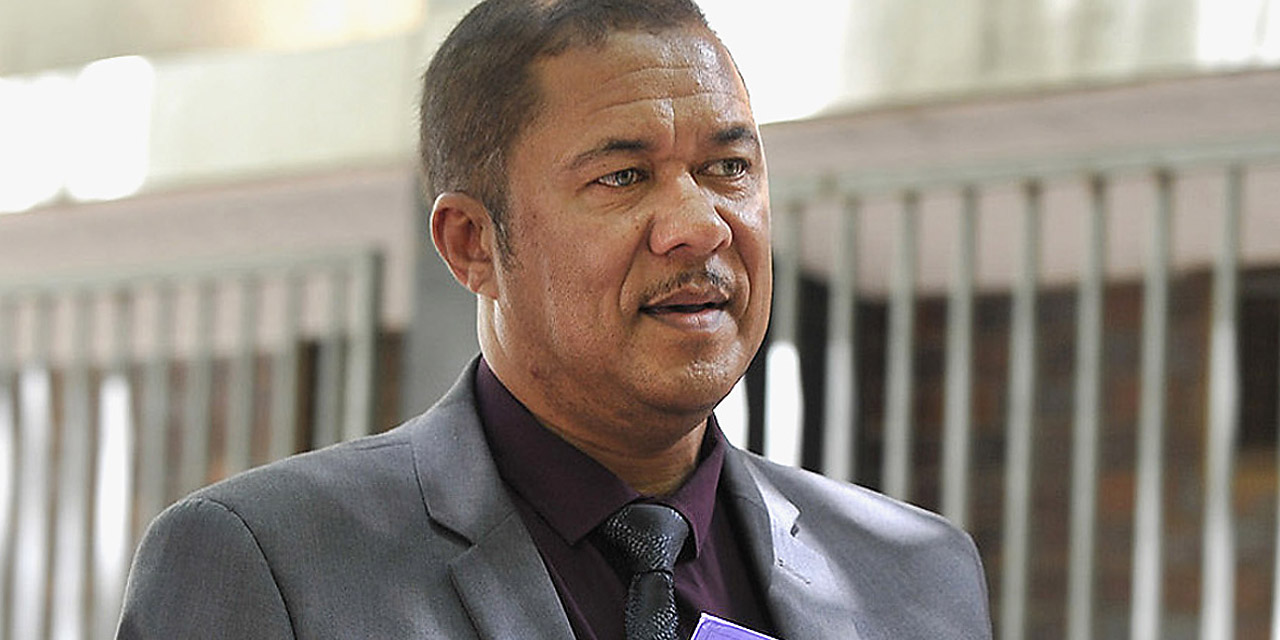 Those who plotted the shooting of Anti-Gang Unit Lieutenant-Colonel Charl Kinnear ‘used a Location Based Service’ to track the detective’s cellphone, enabling the triggerman to ambush him outside his home and kill him.

This is the view of John Alexander, an investigator at Royal Investigations, who based his conclusion on information that Kinnear’s phone had been tracked since May 2020. Police were able to obtain the Location Based Service (LBS) trace.

So far, it appears that a sophisticated “grabber” or IMSI-catcher was not used to trace Kinnear or other Anti-Gang Unit (AGU) members’ cellphones. A grabber would not have left a forensic footprint, unlike an LBS track.

“It is illegal to obtain or have a grabber in your possession. This is a sophisticated piece of equipment which could be valuable to someone who is looking to intercept information and dates,” Alexander said.

He explained that LBS tracking worked by providing coordinates in relation to a cellphone tower in relation, in turn, to the location of the user.

“The target would not be aware of their phone being tracked. This is commonly known as triangular plotting or mapping.”

To trace a phone, the tracker needed to buy units and in the case of Kinnear’s phone, which police say was tracked 2,116 times from 5 May 2020 and 18 September, the tracker either had a contract or a corporate account, given the amount of tracking that had been conducted. AGU boss Andre Lincoln’s phone was tracked at least 50 times.

“This amount of tracking would have caused suspicion, especially the 2,000 units purchased to trace Kinnear, Lincoln and two other AGU members — and this can be traced by the investigators,” said Alexander.

As to whether the SAPS and Crime Intelligence had the technical expertise to detect such illegal tracking in the case of Kinnear, Lincoln and the other AGU members, Alexander said:

“Yes, SAPS has the authority to subpoena the records which could lead to the origin of who requested and conducted the trace on Kinnear’s phone.”

Anyone with malicious intentions could easily obtain any target’s location within five minutes, he said.

As he waited, gunmen drove up and opened fire on Kinnear, delivering several fatal shots to his head. The timing of the assassination pointed to an LBS track. Investigators of the assassination are combing through Kinnear’s probe into underworld figures in a search for clues and links.

A week before his death, Kinnear was in Springs continuing his investigation into alleged underworld boss Nafiz Modack. Kinnear was also investigating eight high-ranking police officers accused of colluding with fellow officers at the Central Firearm Registry in order to produce firearm licences unlawfully.

Kinnear returned to Cape Town with two extortion dockets implicating two underworld figures. He was scheduled to return to Gauteng to arrest two brigadiers in connection with the gun licensing scheme.

With at least 10 rotten police officers accused of aiding and abetting gangsters, the possibility of police involvement in the assassination cannot be excluded.

Sterling investigation by Kinnear played a pivotal role in the successful conviction and during his testimony in this matter, the detective told the court the predominant gang in Valhalla Park was the 28s under the leadership of Ralph Stanfield.

A year earlier, on 17 June 2017, Carelse had observed a drive-by shooting in Forel Street, Valhalla Park, which claimed the lives of three people. Another suspect, Craig Stanfield, a relative of the alleged leader of the 28s gang in Valhalla Park, was arrested in that matter.

Ralph Stanfield, his wife Nicole Johnson, his sister, Francisca and three ex-police officers are facing charges relating to obtaining gun licences unlawfully. Stanfield lodged an appeal, but it was dismissed by the SCA on 2 December 2019. The court found Stanfield was not entitled to possess these firearms. The trial was set to start in March 2020.

On 14 November 2019, a week before a foiled hand grenade attack at Kinnear’s house, Colonel Andre Kay died in a hail of bullets in Bishop Lavis, not far from Kinnear’s house. Speculation at the time was that the killing of Kay was a case of mistaken identity and that Kinnear had been the intended target.

A reliable source told Maverick Citizen that this element was now part of the investigation into Kinnear’s murder. The most pressing issue still is who initially gave approval for protection at Kinnear’s house after the hand grenade incident on 23 November and who later withdrew this protection on 19 December 2019.

Senior police officers and colleagues told Maverick Citizen that as far as they were aware there had been no official approval granted, but they were puzzled about who issued the instruction for the withdrawal of Kinnear’s security detail.

If the investigation into Kinnear’s murder requires Police Minister Bheki Cele and national police commissioner Khehla Sitole to provide answers in this regard, it could open Pandora’s box and possibly provide proof of police collusion with underworld figures.

Meanwhile, more than 120 hours have elapsed since Kinnear’s brazen assassination on Friday 18 September and neither the Hawks nor SAPS have made any arrests. The alleged gunman wore a hoodie which covered most of his face on the day of the shooting.

“Yes, the news we have received indicated that the suspect’s face was partially covered.

“Residents have come forward with information of a possible suspect and the name was given to police. We hope that police will make a breakthrough in this case.”

Meanwhile, Kinnear’s colleagues said they hoped the investigation would not end up cold, as with the shooting of Kay. A suspect was arrested in connection with Kay’s murder but later was released. No one has since been arrested.

The Hawks or the police didn’t respond to an inquiry on the progress of the investigation into Kinnear’s murder, or whether any positive leads had been received. DM/MC