Roaring Rhodium: the most valuable metal in history kee... 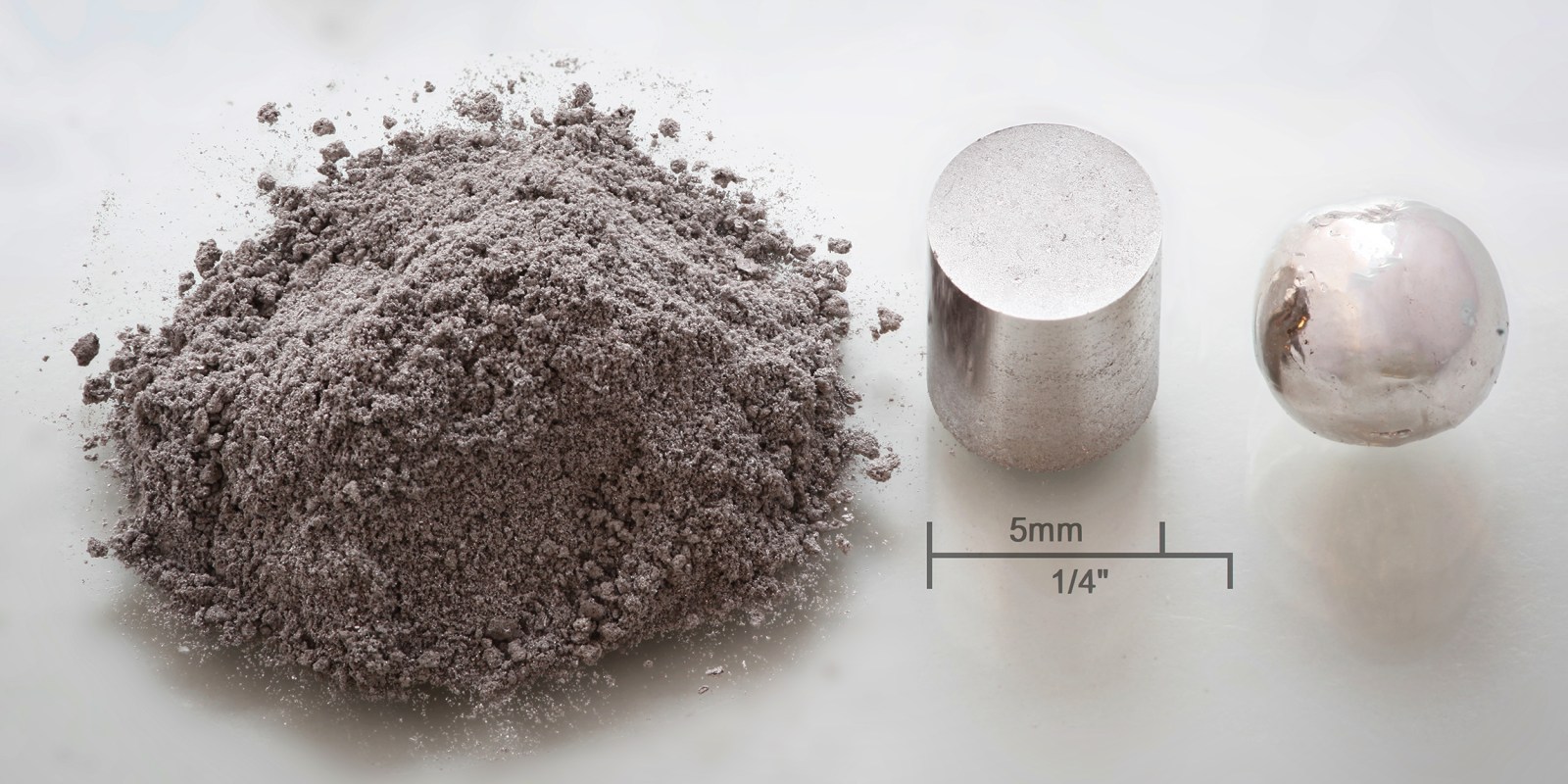 The world’s five top producers of the most precious metal in history are all South African companies. At $14,500 an ounce, rhodium is on a rampage.

Rhodium, used as a catalyst for petrol engines, last week scaled fresh record peaks of more than $14,500 an ounce, almost triple what it was fetching 12 months ago (see graph). It has been on a rollercoaster ride of note in 2020. In March, just before Covid-triggered lockdowns swept the global economy, its price was just shy of $14,000 an ounce. Within the space of two weeks, its price collapsed to $5,500 an ounce and then ebbed and flowed before rallying robustly again in August.

As for its platinum group metal (PGM) peers, platinum’s spot price was about $870 an ounce on Tuesday and palladium’s, while historically high, was south of $2,300, according to Sharenet data. So rhodium is worth 16 times as much as platinum.

So, what is driving the rally?

First, a few points about rhodium. Its primary use is to remove or catalyse harmful nitrogen oxide emissions — to paraphrase Carly Simon, no metal does it better. It is simply in a league of its own on this score, making it the most coveted of catalysts.

The switch to petrol from diesel engines in key markets such as Europe and China has driven demand. And the problem for motor manufacturers that want the commodity is that rhodium is relatively rare.

South Africa accounts for about 80% of global supply, but even here it is far from abundant. There is far more platinum and palladium. A “tri-catalyst” has been developed by global chemicals group BASF, in partnership with Sibanye-Stillwater and Impala Platinum, to throw cheaper platinum into the petrol mix, but these things take a while to hit the market.

The global economic contraction caused by the pandemic and lockdowns hit motor vehicle demand, but it also hit South African production. The problem even post-lockdown with South Africa as the key source of production is the unreliability of Eskom as a source of power.

“The rhodium market remains tight. Supply from South Africa, which accounts for around 80% of global rhodium mine supply, is still recovering from the mine shutdowns earlier this year and now there is an added threat from Eskom-related disruptions to supply. There also seems to be some buying ahead of the seasonally strong period of demand that is typically observed over the fourth and first quarter of the year,” commodities consultancy the CPM Group said in a market commentary. 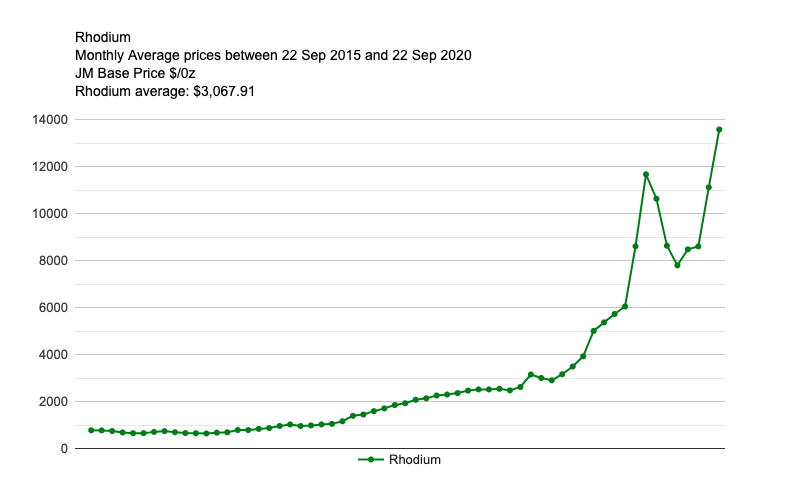 The price is flowing to the bottom line of South African PGM producers. Sibanye-Stillwater, Anglo American Platinum, Impala Platinum, Northam Platinum and Royal Bafokeng Platinum are the world’s five top rhodium producers. The weaker rand is helping. At current prices and the rand exchange rate, rhodium is worth about R235,000 an ounce. By contrast, a kilogram of gold is worth just a little north of R1-million. Gold may be glittering, but rhodium is rampaging.

Sibanye spokesperson James Wellsted told Business Maverick that rhodium accounts for 8% of its production in ounces from its South African PGM operations, but is 45% of its revenue. In its last reporting period, rhodium comprised 25% of Implats’ revenue and just over 6% of its PGM ounces sold. Its revenue from rhodium will now be higher. For Amplats, rhodium was 15% of its gross sales revenue for the six months to June 2019, almost doubling to 29% in the same period in 2020, despite Covid setbacks. That number will also be on the rise in this period.

Rhodium has had record runs before, in 1990 and 2008, which then came back to earth. Palladium can be used as a substitute and while it may be sloppy seconds when it comes to capping nitrogen oxide emissions, the price gap can clearly spark demand. And the “tri-catalyst” is looming on the horizon. Not all analysts see the current rally maintaining momentum.

“We should see this deficit closing as we move towards 2021 so we don’t view this price as sustainable. If I hazard a guess I would say fair price is probably around $10,500, which will probably be reached by the first quarter of next year,” Lara Smith, MD of mining consultancy Core Consultants, told Business Maverick. That would still make rhodium profitable.

Other market watchers still see rhodium going through the roof.

“Supply is not expected to keep up with demand (unless mothballed mines in South Africa restart). Moving forward, the rhodium market is expected only to tighten further. With no effort to balance the ratio of supply to demand, high prices will be sustained,” Heraeus Precious Metals said in a market commentary.

So maybe a rhodium rand is not so far-fetched. South Africa’s PGM producers may also want to consider a name change. Anglo American Rhodium or Impala Rhodium perhaps? BM/DM