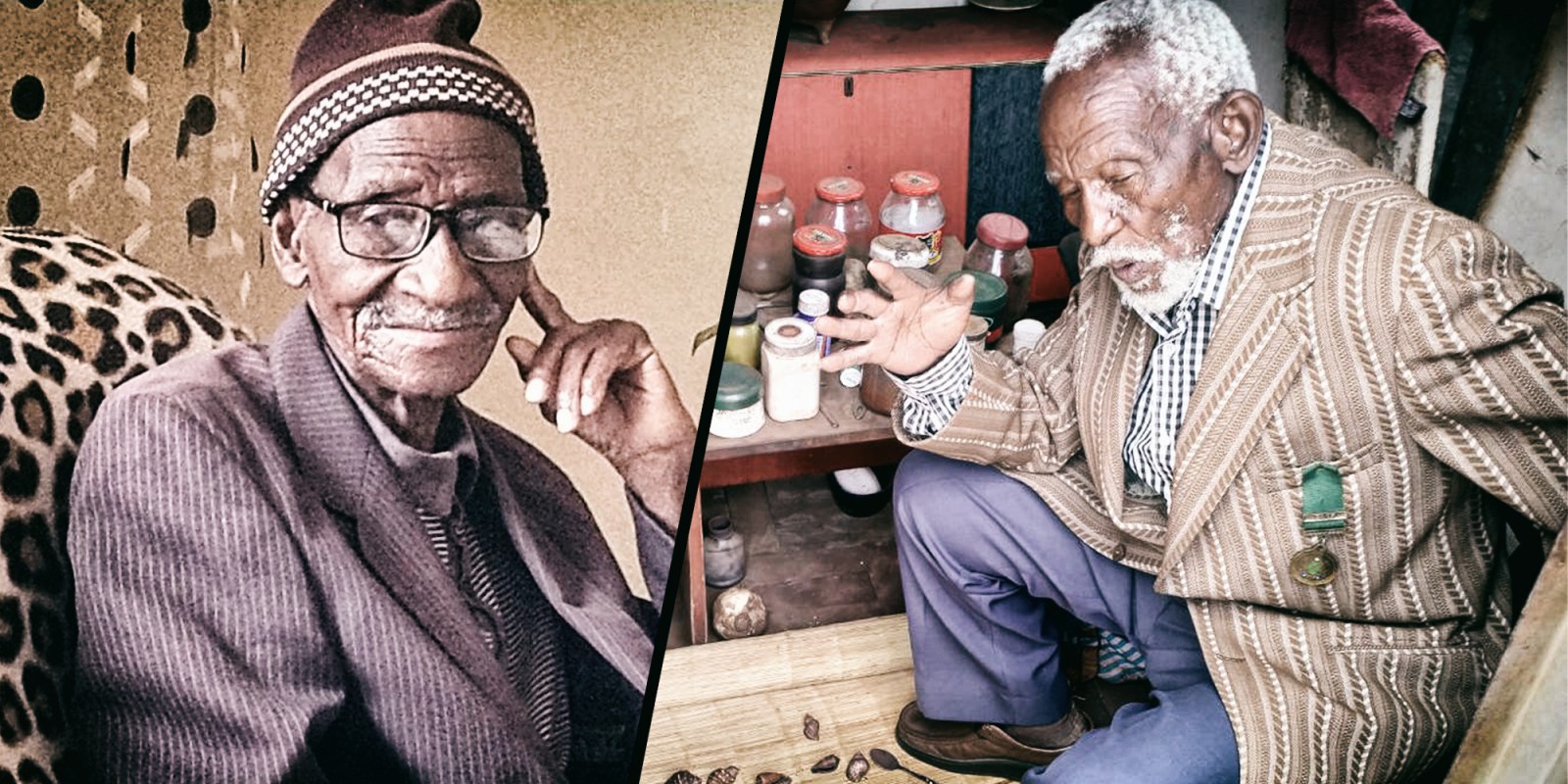 Simon Mhlanga is 101 years old, and Elias Tsoamotse is 96. They are among a handful of survivors of the 80,000 black South African servicemen who served with the South African Native Corps in World War II.

When Madala Simon Mhlanga signed up to fight in the army in 1941 he was ready to die. Nearly 80 years later Mhlanga is still going strong, dancing and celebrating life at 101 years old. And what a life it has been.

He has been a sports coach, a mentor to children, a performer, a dance instructor and a traditional healer.

On September 2, the world commemorated the 75th anniversary of the end of World War II.

The generation who fought that war – in which many millions of people died – are all but gone.

When Scrolla.Africa arrived at his house in Dobsonville, Soweto, Mhlanga greeted the team with a song and a dance. Mhlanga has vivid memories of his youth and his war service.

He said he decided to join the army as life at home was tough. His brother and sister had disappeared, leaving him to look after his mother who was ill and paralysed.

“I didn’t want to be all alone at home with no family,” he said. “I was young and helpless.”

Mhlanga walked to Holfontein Military base where he told the commanders that he wanted to be in the army. They quickly signed him up.

After serving at bases in Pretoria, the Free State, Springs and other parts of the country, Mhlanga – who was a lance corporal – was sent to Italy where the war was raging against the German Nazis and the Italian Fascists.

South Africa was fighting on the side of the British Empire, the United States, the Soviet Union and China.

“I was sent to Italy where I was in charge of guarding Italian prisoners of war that we had captured,” he said.

Although he didn’t handle a gun or see active combat, Mhlanga said it was not easy for him and many black soldiers.

“I travelled by sea from Cape Town to Durban and to Italy and back to South Africa.”

“Although I was a leader of the group, none of us had powers to do or say anything. We were all “Yes Sir, Yes Sir”.

“We were only given orders to jump or to sleep. We had no say when we were in Italy.”

He said the black soldiers who returned from the war in 1945 hoped that government would help them like they had helped white soldiers.

“Just like everyone else that I know, I was given a bicycle and less than R200 in cash. That was all.”

He said the first time he received money from government was when he started receiving his old age pension.

“I wasn’t treated like someone who sacrificed his life for the nation. It broke my heart but I had to be strong and rebuild myself from nothing.” Rather than drowning in poverty he had to make a plan. And so began a new battle.

“I had to fight my way to a better life.”

One thing he brought back from the army was that he was fit and healthy.

“I had always loved sport and I wanted to make a living through sports and fitness.”

He became a team official at Motherwell football club in Roodepoort and that paid for his rent.

He said he started:

Mhlanga’s house is decorated with many gold, silver, and bronze trophies, certificates and medals that he has won over the years for different sporting and dancing activities.

“I started different sporting and dancing activities to empower the children.”

He travelled through the country entertaining people.

“I didn’t only teach young people about sports but also some discipline and life lessons.

“Life started to be beautiful again. Many things could make sense in life and the reason that I was kept alive by my God and my ancestors.”

Mhlanga has a special gift that he inherited from his late father.

He is an African doctor who for many years has healed clients from all over the country.

Before letting the team inside his ancestral house, he spoke to his ancestors from the door of the indumba. “Please welcome your son’s blessings who will let the world know about your healing power.”

Mhlanga said when he went to war in the early 1940s, he thought he was going to die.

“My ancestors protected me. They were greater than all the battles and troubles I faced far from home.

“I am alive today, healthy, happy, and energetic at the age of 101 years because of them and God in heaven,” said Mhlanga.

He said being a healer is not something that one wakes up one day and decides to become. “That is why we have many fake healers scamming sick people needing serious help in their lives. Such healers are in it for money and not because of the blessing from their ancestors,” he said.

Even though I was in the war, I knew I had a gift from my father and he protected me so that I could fulfil his dream of helping the masses,” he said.

Ntate Elias Tsoamotse said that when he came back from war after four years’ service the government said thank you very much and gave him a bicycle and a jacket.

Tsoamotse, another one of the few survivors, is 96 years old.

He said: “The government didn’t treat us as war veterans who fought and represented the country.”

If he was badly treated by the old white government he doesn’t feel much better about the current black one.

Ntate Tsoamotse was reluctant to open up, fearing Scrolla.Africa was  from the ANC government – coming to offer more unkept promises of money and the good life.

Tsoamotse eventually agreed to speak in front of his family.

“Although the current government has disrespected us black war veterans, at least they gave me an old-age pension.”

He joined the army with five friends.

“We were all accepted and taken to fight in World War II. We were taken to different army bases in Bloemfontein, Pretoria, and Johannesburg,” said Tsoamotse.

He said he was taught how to use a gun. He travelled by boat from Durban to Egypt. “While in Egypt we were given guns to guard war prisoners.”

He said his worst moment in Egypt was when a colleague shot and killed another soldier, mistaking him for the enemy.

Because it was his colleague, he was arrested along with the man who pulled the trigger.

“In 1946, I was discharged from the war. Coming back home to South Africa was such a big relief. I missed home a lot. I wanted to see my dad who was waiting for my safe return.

“Life was difficult. I was earning very little as a general worker on the railways.”

His secret of a long life is: “Don’t smoke and drink alcohol. Exercise regularly. I would like to encourage young people to educate themselves so that they live a better life than we did in the past,” said Tsoamotse.

Ntate Tsoamotse loves watching the news and soccer. He is an Orlando Pirates football club fan.

His dream now is to reach 100 years and have a big party at his home in Smithfield in the Free State, where he was born, and invite his entire family. DM