Time to get real on infrastructure 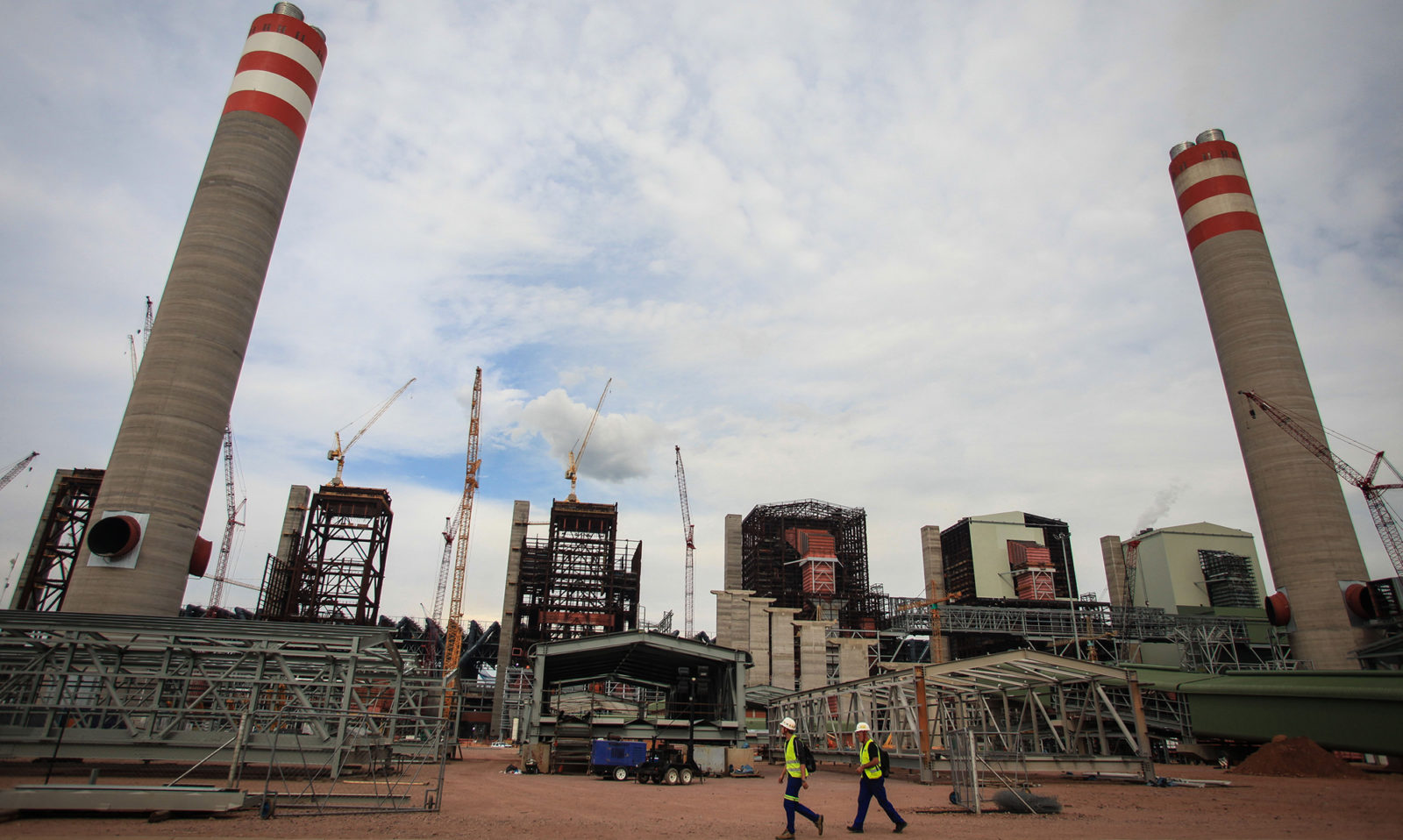 The stream of awful economic data on the performance of the South African economy using almost any measure has become relentless and, latterly, monotonous. Well before the Covid-19 pandemic, South Africa was already in deep trouble – the consequence of at least nine wasted years – but the seeds of our current malaise were already sown before the catastrophic Zuma years.

What we face is a declining tax base and a large but ineffective and unaccountable public service. A very large and growing component of our public spending is made up of salaries paid to public servants.

At the same time, we face an already large national debt that increases, recently sharply, despite annual undertakings to bring government spending under control. Everyone knows that it can’t continue.

At some point, there is a liquidity crisis. Borrowing more, even if supported by new interventions like prescribed assets, cannot go on forever. The economy has to grow at a much faster rate to circumvent very serious trouble that awaits. All this has to happen in a far less benign global context than we have had over the past two decades.

The Ramaphosa presidency appears to take the view that the economy can be kick-started through an infrastructure build programme using private sector funding instead of relying exclusively on government spending. This makes sense, although government spending has continued an ever-upward trend – most of this has gone to current expenditure and especially paying public servants, while investment in infrastructure has continued a downward trend.

Each year, spending on infrastructure on all levels of government is deferred or even abandoned. The result is a large and growing infrastructure deficit. Needless to say, the unchecked criminal practices of stripping what infrastructure there is, and carting it off for sale as scrap or building material, makes things worse.

Perhaps the most worrying is the creaking water and sanitation infrastructure. Late last year, the so-called Water and Sanitation Master Plan had a price tag of R900-billion, roughly a quarter of the country’s GDP.

As part of this effort, the Sustainable Infrastructure Development Symposium South Africa (SIDSSA) was launched in July 2010. In 2019 an Infrastructure and Investment Office (IIO) was established in the Presidency which itself followed the creation of the Infrastructure Fund under the DBSA. Also in July, 51 infrastructure projects were gazetted to give some sort of priority to them. This sounds promising but there is a lot that remains unclear.

Most importantly, there is a lack of clear mechanisms for private sector direct (equity) investment into infrastructure projects beyond the existing role of providing debt funding.

It is possible that the 1994 political compromise created an impression that all difficult choices about the economy could be thrashed out between identified social partners. Nedlac has been the vehicle through which the government, labour, business and community organisations are meant to cooperate, “through problem-solving and negotiation, on economic, labour and development issues and related challenges facing the country”.

Unfortunately, negotiation and compromise across wide ideological differences exacerbated by historical legacies of mistrust also mean that not much that is bold or different can occur. Despite the worst economic crisis in living memory, the social partners represented at Nedlac have failed to come up with much and could only agree on a set of action measures or basic compromises.

Given the economic crisis, this is underwhelming to say the very least.  The apparent compromises recently thrashed out appear to be little more than what the government should have been doing already.

Take the commitment to simpler public-private partnerships (PPPs) in infrastructure. Treasury’s Regulation 16 governing PPPs should have been reviewed a long time ago. Regulation 16 is so complex and cumbersome that, other than a few large projects in the early 2000s, it is barely used at all. The most recent large-scale investment in infrastructure, the renewable energy programme (REIPPPP) had to use completely different structures based on a stand-alone IPP office and standard form commercial contracts to regulate the process.

The heart of the problem is ideological. The ANC is broadly behind the idea of state-led economic development under the guise of the Developmental State. This sits uneasily with an expanding role of the private sector into basic infrastructure. The need to attract private sector funding including development finance by our government is more “we know we need to build infrastructure to spark and later support economic growth but we have run out of our money so can we have some of yours?” than an embrace of the idea of private sector involvement.

The result is an absence of what type of infrastructure can be built and maintained using PPPs. It is true that private capital needs to have a view of future returns on investments made. One cannot fast-track or gazette priority infrastructure projects and simply proclaim that private sector funding will be accessed to help fund these. You have to be clear about what type of business or revenue model will apply to these investments.

The need for a risk-adjusted return on capital invested creates another difficulty and exposes why our infrastructure has run down in the first place. Take much-needed water treatment and sanitation facilities for example. This infrastructure is partially funded by revenues generated via user tariffs (through different spheres of government, water boards, water services providers etc). However at present, as much as 40% of water flowing through South Africa’s water infrastructure is not paid for (so-called Non-Revenue Water – leaks and misappropriated) and even if Non-Revenue Water was reduced, the revenues via current tariffs are too low to maintain current infrastructure, let alone expand it.

Unless this is addressed, no PPP is going to be viable – no matter how simplified the process of setting up a PPP becomes. Cutting down on Non-Revenue Water and increasing the price South Africans ought to pay for water to create a sustainable sector is fraught with risk and the need for tough decisions.

One way to change the narrative of private sector direct investments in infrastructure being less about attracting capital or providing opportunities for investment returns and more about showing how the government can both tame private capital and learn to be a better custodian of the infrastructure it builds and maintains.

Take our creaking electricity supply sector under Eskom. During the 1990s and the first part of the 2000s, Eskom sold electricity well below the long-term cost of providing it. Before 2006, official policy was to have the private sector invest in electricity infrastructure. Eskom’s then management certainly played a role to prevent any liberalisation of the electricity market but even if they had not done so, when electricity is priced at less than the cost of providing it, the whole sector becomes uninvestable.

As we see, this turned out poorly. Eskom gradually dissipated its once healthy capital base. It also went out and raised debt (from the private sector) to fund the construction of its new generation capacity and to meet its other operational shortfalls.

Private capital did very well. On one hand, it got more than two decades of heavily subsidised electricity; and on the other hand, private sector lenders have done extremely well out of supplying never-ending credit, either explicitly or implicitly guaranteed by the state – a subsidy of sorts.

These subsidies landed on the government’s balance sheet and therefore became the taxpayers’ problem. Over the last decade, Eskom has produced a negative real return on shareholder equity and has been the subject of several bail-outs. At present, Eskom’s only shareholder has to bail the utility out by R23-billion per annum and despite four-fold increases in the price of electricity, we are not yet near the end of further annual increases well beyond inflation.

Had Eskom or the wider electricity supply sector taken on private capital before 2006, things would be quite different now. In that alternative scenario, consumers would probably be paying roughly the same as we pay for electricity today but would have done so for much longer. The complete mismanagement and corruption at Eskom, especially in recent years, would arguably have been less severe.

We would have had fewer low value-add smelters but Eskom would very likely not have gone down the road of building the inappropriate Medupi and Kusile, neither would it have racked up more than R500-billion in unpayable debt. One can be sure that we wouldn’t be suffering blackouts or being asked to use what Eskom is selling, electricity, sparingly.

Seen like this, the value of private shareholders in the South African Reserve Bank (SARB) is not in them profiting from the SARB fulfilling its constitutional mandate (they don’t) but in providing an additional guarantee around governance.

None of the above remotely suggests that introducing private capital is going to solve all of South Africa’s growing infrastructure deficits. Many investments in the infrastructure of the education, health and many other critical sectors cannot produce a return other than to society at large.

Perhaps direct private sector investments can only work where the “user pays” principle applies. If so, this will require a clear understanding of under what circumstances it applies and what happens when users can’t or won’t pay. The Gauteng toll road fiasco comes to mind.

Every South African has a stake in the success of the infrastructure drive and where appropriate, attracting private capital to invest in infrastructure but for it to be successful, it has to be much more than picking out apparently “shovel ready” projects from a list. Obviously, we need to clarify the institutional mechanisms by which private capital can invest, whether through PPPs or other platforms but more importantly, South Africa needs to develop clear principles about the type of infrastructure that can absorb funds which require an investor’s return.

If this can be done, South Africa can attract the interest of more than just funds needing to deploy capital within a year or two, but the long-term interest of a range of additional specialist funds in transport, energy, water and an array of other sectors, which then are able not only to take advantage of the immediate opportunities but to take a long-term view of the country and actively participate in the development of a pipeline of projects still in their conceptual phase.

As of today, there is still so much to be thrashed out. We can’t fudge the important decisions that confront us any longer. DM/BM