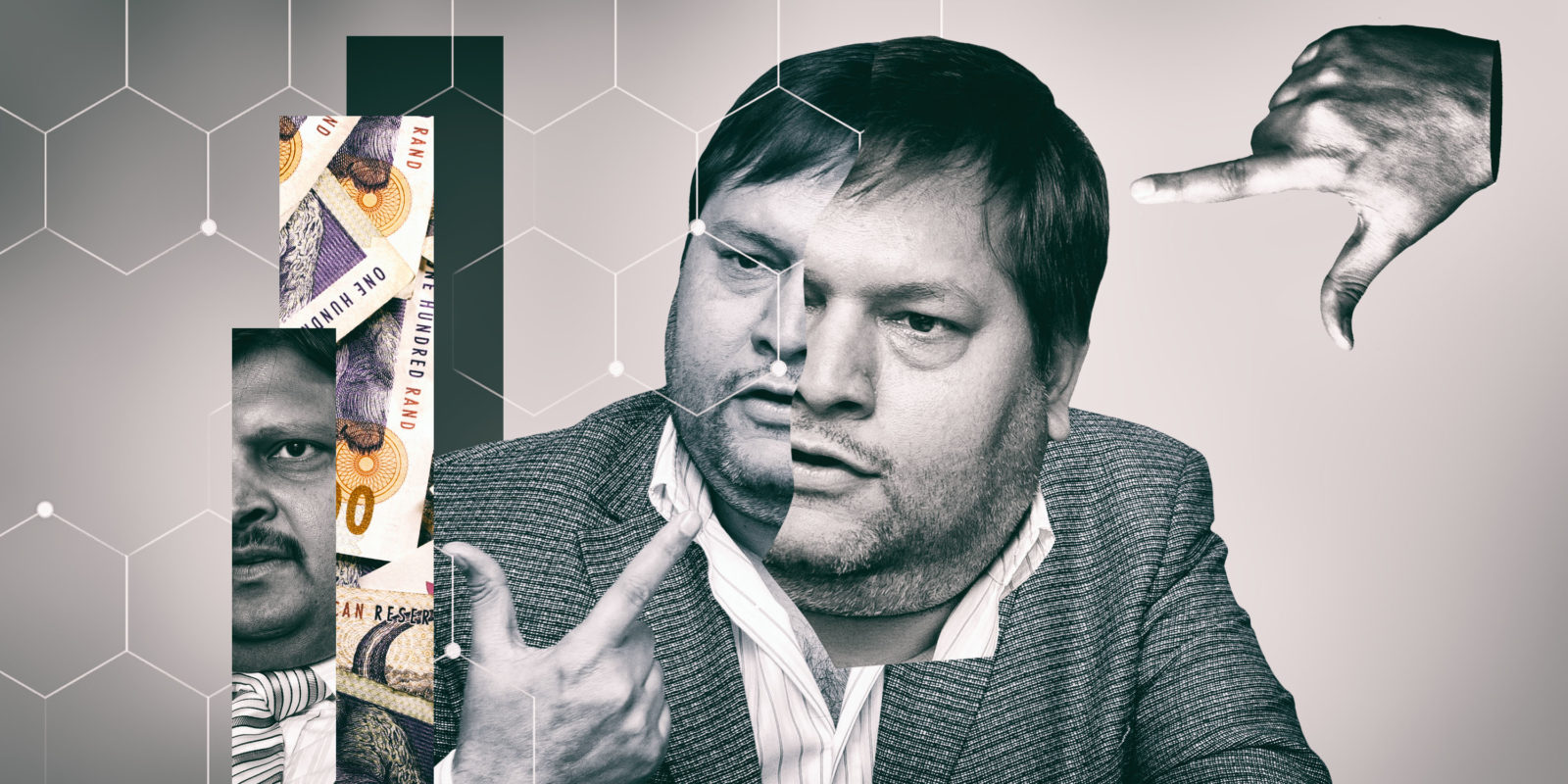 Evidence showing how Gupta family businesses round-tripped and laundered state funds from the Estina dairy project, as well as Transnet locomotive deal kickbacks, may lie in the electronic vaults of more than a dozen New York banks. Now, the IDC has been given the keys.

The order allowed the IDC’s lawyers in New York to subpoena 17 banks the Gupta family, their associates and several connected companies had used as part of the family’s global money machine to transact in dollars.

Payment systems work in such a way that Dubai-based transactions through the branches of the same banks could also be exposed.

The consequences of this order could reach far wider than only giving the IDC the ammunition it needed to win its civil claim to R287-million on a 2010 loan it handed the Gupta family to purchase Shiva Uranium.

And the Gupta family knows it.

Through its flagship Oakbay, they are seeking to intervene in the Southern District of New York case, having caught wind of the order when notice of it was served on the company and its Mauritius-based partner Action Investments.

Oakbay wanted an undertaking that the records the IDC obtain would only be used in the ongoing litigation between the IDC and Oakbay in a South African high court and, furthermore, that the records be kept confidential.

The IDC was not opposed to the relief sought, according to court papers, but said it wanted the right to approach the court in future if it wanted to use the records elsewhere.

A teleconference with Judge Katherine Polk Failla was scheduled for 22 September and the issues were to be ironed out.

But the subpoenas had already been served, and according to the court papers, the IDC was asking for financial records, instructions and wire transfer notes relating to:

Or in short, the majority of the Gupta empire’s Dubai and SA money boxes.

For the Gupta family, the stakes were high – the records could put paid to their protestations of innocence over allegations of share price manipulation in the listing of Oakbay and allegations that the family round-tripped and laundered government funds from the Estina project and Transnet kickbacks to pay for the whole affair.

The IDC alleged in court papers that it had reason to believe laundered funds from Estina were used for the share price manipulation – but an amaBhungane investigation emanating from the Gupta Leaks showed the purchase of shares in Oakbay was funded with kickbacks from Chinese rail manufacturers awarded the lion’s share of the multibillion-rand Transnet 1064 locomotive deal.

amaBhungane and Scorpio #GuptaLeaks: The confidence game – how professionals missed colossal fraud at the heart of Oakbay listing

The litigation between the IDC and Oakbay had been dragging on since 2017. Oakbay filed an exception in 2018, but the court ruled in favour of the IDC in November 2018.

An unopposed motion to compel discovery of documents was placed on the roll by the IDC in October 2019 after Oakbay failed to file responding affidavits on time, only for the IDC to withdraw the matter days later.

Fast forward to July 2020 – and the New York application.

“In discovery in the South African proceeding, the IDC has reviewed documents detailing unlawful conduct with respect to the allegations in the IDC claim, in part, through the improper use of multiple international bank accounts,” the IDC stated in its notice of motion filed in the US.

The IDC explained that it had discovered that monies flowed freely between Estina’s accounts held in the Bank of Baroda and Standard Bank – money that was paid to Estina by the Free State government for the Vrede Dairy Farm project.

Oakbay Investments Limited (OIL), it told the court, had produced an extract from its own Baroda account which showed that, on 25 September 2013, it received two payments totalling roughly R31-million from Dubai-based Gupta front, Fidelity.

Fidelity was part of the money laundering machine that the Gupta family used to channel funds back into South Africa from Dubai.

“OIL asserts that it received payments from Fidelity relating to an arm’s length share sale transaction with it. The IDC believes that the funds evidenced in these two transfers flowed from the Estina accounts, through Gateway and Fidelity, and ultimately into OIL’s account as part of a round-tripping money laundering exercise,” the IDC said.

“Upon information and belief, the payments from Estina through the UAE entities, and ultimately to OIL, were made in part in US dollars. The discovery indicates that at least one such payment, made in March 2014, was via a New York bank,” it added. Fidelity, the IDC posited, used Mashreq Bank to route money in dollars to OIL.

The net result of the IDC’s submissions was that the records could prove multiple breaches of securities fraud in both South Africa and the US.

“Given the abundance of existing evidence that the South African defendants and those acting on their behalf regularly transacted in US dollars in scenarios in which criminal activity has been credibly alleged, the New York banks will likely reveal presently unknown evidence of activities that would constitute further breaches of the Loan Restructuring Agreement and, in turn, justify the IDC’s decision to terminate the agreement and seek redress in the South African court,” the IDC submitted.

For prosecutors in South Africa, these records could prove to be an invaluable resource in shoring up its case against the Gupta family in the Estina matter and other investigations – if they could gain access to them.

The state had tried, and failed, to prosecute the Estina case once before.

“For obvious reasons, the defendants have not been forthcoming with documents that incriminate them,” the affidavit of the IDC’s lead counsel, Nazeer Cassim, read.

He added that the IDC would be seeking to subpoena further documents from South African banks, the JSE and the Bank of Baroda.

The IDC granted a R250-million loan to Oakbay to purchase Shiva Uranium in 2010, but when the loan repayment became due and the Guptas couldn’t pay, the loan was restructured.

The terms of the restructured agreement were so favourable to the Gupta family that it led to one expert labelling it “commercially inexplicable”.

The Gupta family maintained their innocence and denied in court papers that they manipulated the share price of Oakbay.

It was now up to the IDC to prove their allegations, and the New York banking records could be the deciding factor. DM

A Twitter analysis of Justin Bieber's account found that around half of his followers are fake accounts.