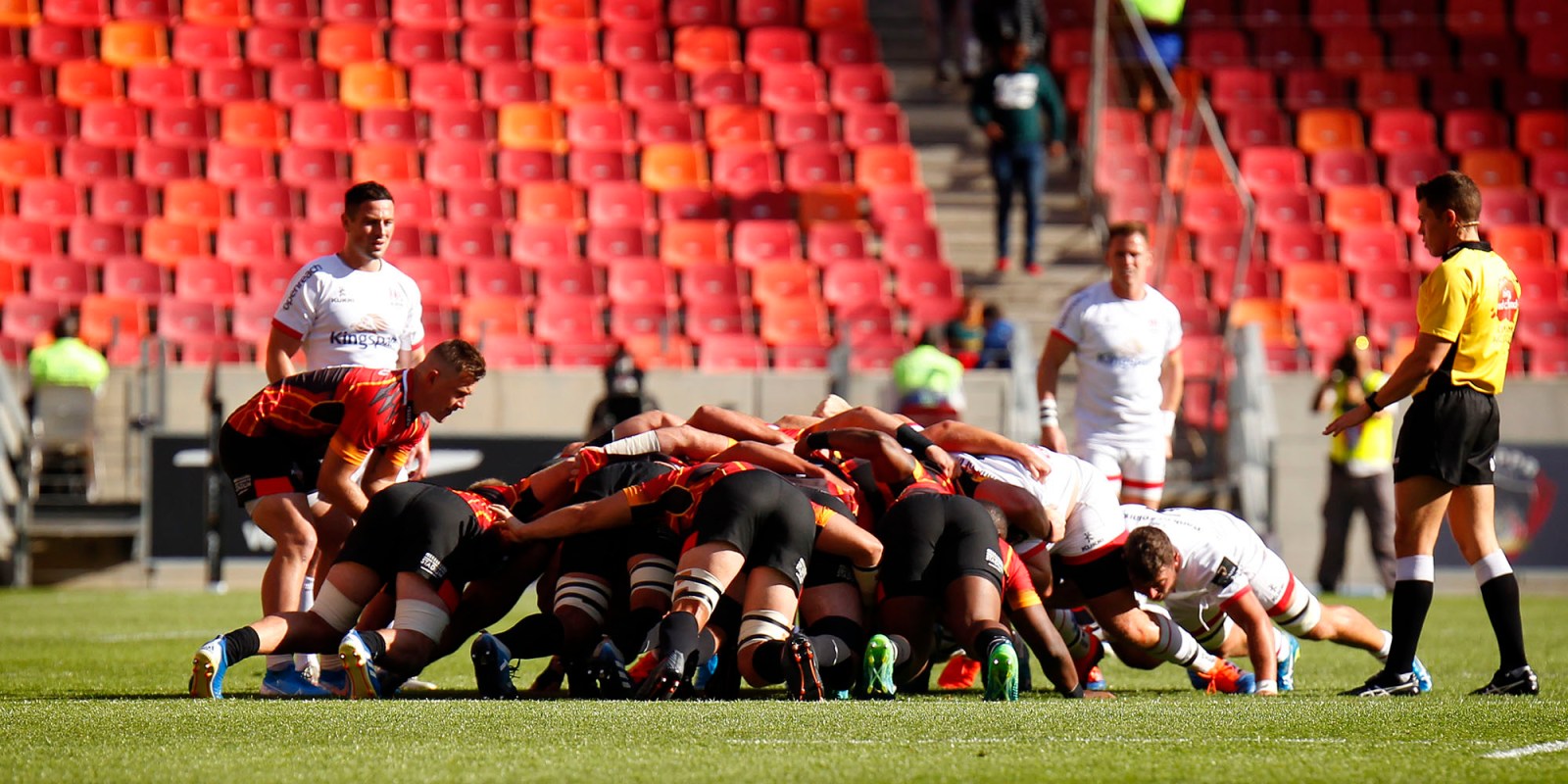 South African rugby players have put their heads above the parapet in the battle between professionalism and poor administration, calling for strong action against under-performing unions.

MyPlayers, the organisation that represents South Africa’s 717 professional rugby players, has come out with a scathing and unprecedented statement critical of bumbling rugby administrators. The words are attributed to chief executive Eugene Henning, but MyPlayers speaks for the men and women in the trenches, and for this reason it is a seminal moment in the sport.

MyPlayers has demanded severe consequences for unions that liquidate their professional entities, which includes diminished funding from SA Rugby’s disbursements and suspension from decision-making processes.

Relatively speaking, next to cricket and the nations’ umbrella sporting body, the South African Sports Confederation and Olympic Committee (Sascoc), rugby is well run at the national level.

But at provincial and franchise level rugby is still run by agenda-driven amateur officials. They claim to be in the game for the good of the sport, but their track records indicate otherwise.

MyPlayers’ attack on administrators came in the wake of SA Rugby and the Eastern Province Rugby Union (EPRU) declaring that the Southern Kings were to be liquidated two months after being put into administration. It’s just another example of poor corporate governance in rugby, but in a broader context, South African sport.

“On all occasions, the Players’ Organisation has been in the trenches of this seemingly normal occurrence in our domestic game, and we have seen and experienced the human impact this has on players who lost their livelihoods as a direct result of the mismanagement of the professional game,” Henning said.

The anger from the players stems from a structure that allows amateur elected officials to make catastrophic decisions over and over again with almost no consequences at an administrative level.

The amateur union is entitled to solely decide whether it wishes to set up a separate commercial entity to manage its commercial affairs. The union drives the process, identifies the equity partners, performs the necessary due diligence and then co-manages it with these partners.

In most industries, the liquidation of a commercial entity is the last resort, taken when it can no longer honour its commitments to its creditors. At the point of liquidation, a company is permanently shut down and it loses all intellectual property rights, assets and other means that enabled it to operate a business.

South African rugby’s approach to liquidation is different, and this has led to a lack of accountability and consequences for the amateur unions, who often voluntarily liquidate their entities when they can no longer meet their obligations to their creditors, including professional contracted players.

After liquidation, a new company is created with no assurances given that the amateur unions will do a better job at running this new business than the one they had just run into the ground.

“It is just not good enough for a union to shift all the financial blame to the commercial entity that was set up and co-managed by the union,” Henning said. “It is an easy buck to pass when you suffer no consequences for the failings of your commercial entity.

“However unthinkable, they will be allowed to immediately set up a new commercial entity like the one they had just voluntarily liquidated. There is thus a clear incentive for unions to liquidate commercial entities and walk away from financial obligations to get a clean second bite at the cherry while creditors and employees are left in the dust to pick up the pieces.

“Unless unions are held accountable for the failings of their commercial entities, there is no reason for this ‘rinse and repeat’ culture to be eliminated from professional rugby in South Africa.”

EPRU and SA Rugby took the decision to liquidate the Kings in the face of an accumulated deficit of R55-million, and with zero income in prospect for the remainder of 2020.

“The hard fact is that the Kings are insolvent, with significant debts and zero assets and it would have been reckless of the board to continue to trade,” said Andre Rademan, chairman of the board.

“A continuation would have required loans from the EPRU and loans additional to the R45-million that the company already owes to SA Rugby.

“In the absence of any rugby in 2020, and without any guarantees as to income prospects for 2021, it would have been financially irresponsible of the shareholders to have pumped in further funding.”

Mark Alexander, President of SA Rugby, said that extending additional credit to an insolvent entity when the rugby industry is required to make a saving of R1.2-billion to stay afloat this year was not an option.

“The history of the Kings has been one of expectation and anticipation, but unfortunately the parallel story of commercial failure couldn’t be wished away any longer,” said Alexander.

“The debts the organisation has accumulated over the years are considerable and in the current environment, the only certainty was that they would grow.

“The membership of SA Rugby has invested heavily in the Kings project, but it is now time for a re-examination of what is the appropriate and sustainable pathway for rugby in the Eastern Province.”

But MyPlayers found the timing of the decision appalling.

“The Covid-19 pandemic has put all industries under considerable financial stress, and as a means of reducing those pressures on their employer, the Kings players have sacrificed a substantial share of their salaries since May,” Henning said.

“In the current market, players are unlikely to find employment elsewhere, which makes the timing of this decision, six days before salaries were due, downright cold blooded.”

“In no true professional environment is it normal or ethically defensible to sustain a culture of poor governance and financial management to the degree that it has become standard and without penalties, as is the case in South African rugby,” Henning said.

“This sports code has been professional for 25 years, but its lack of commercial codes of conduct continue to hamper true professionalism.” DM