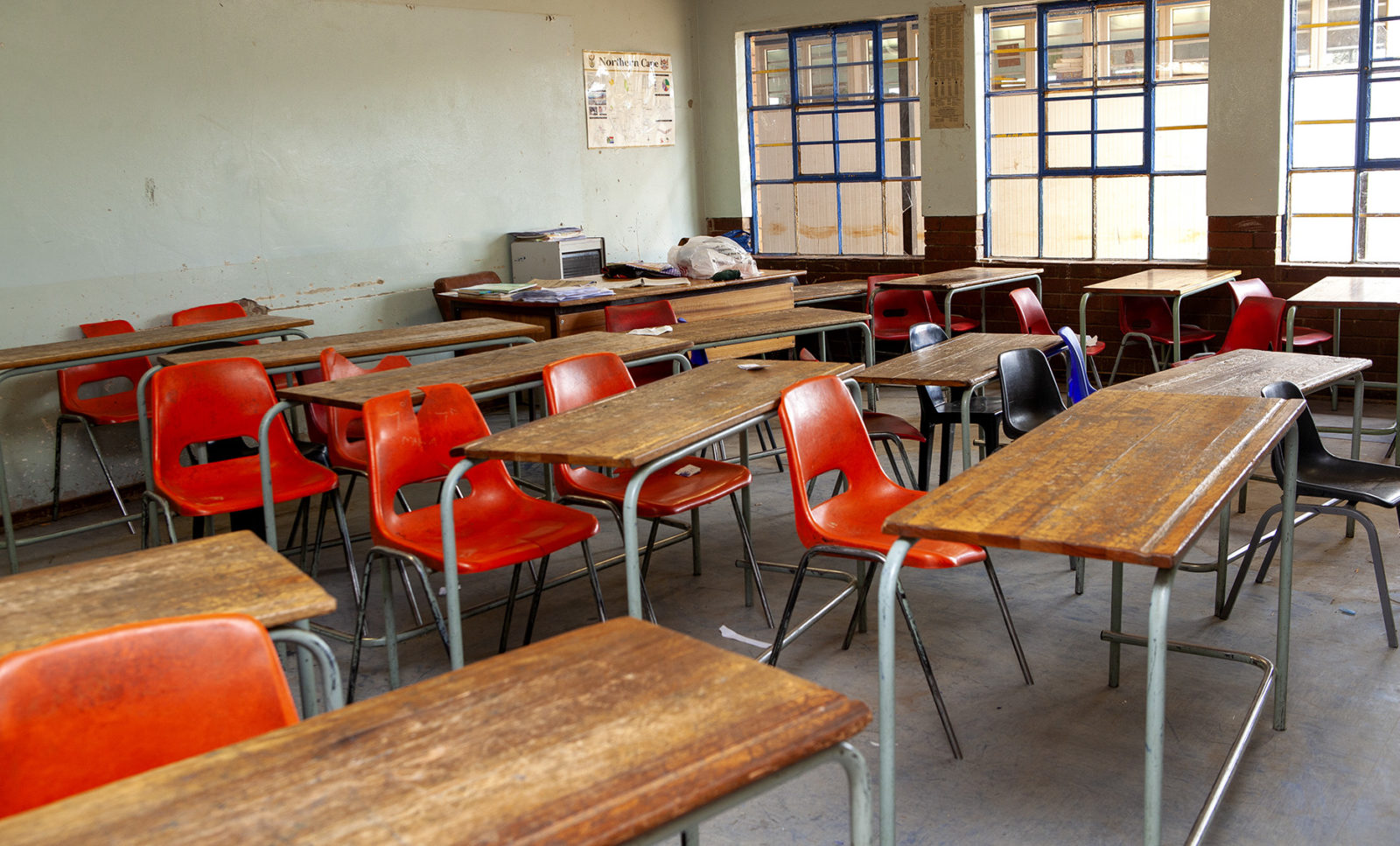 Teams of experts and tracers have arrived in Burgersdorp in the Eastern Cape where a huge outbreak of Covid-19 infections has been traced back to a school. As education officials rush to find a way for the school’s Grade 12 learners to write exams, renewed concerns have been raised about statistics for the province that have not been updated for a week.

A week after the joint operations centre at the Joe Gqabi District Municipality warned in its Covid-19 updated report that the district now had the highest rate of positive tests — 29.2% (7% higher than the provincial average) — in the Eastern Cape, there has been an outbreak of infections at a school in Burgersdorp with 98 children so far testing positive.

A spokesperson for the Eastern Cape Department of Health, Sizwe Kupelo, who was in Burgersdorp on Sunday, said the department had sent a team to the small town to deal with the outbreak.

“We are working with the Department of Education. We also have a member of the World Health Organisation’s outbreak team here,” he said. “We are closely monitoring the situation and trying to prevent the virus from spreading further,” he said.

The Eastern Cape Department of Health has not provided an updated breakdown of infection figures for the province in a week.

The Democratic Alliance’s Jane Cowley said the statistics provided are chaotic in any event and that a letter she wrote to MEC for Health Sindiswa Gomba to query this remained unanswered.

She said that in August, consolidated reports provided to members of the Eastern Cape Provincial Legislature were riddled with conflicting data, giving two very different sets of figures for active cases in the province.

“The Eastern Cape’s situation is extremely concerning as accurate data is essential if we are to control the spread of the disease and prevent a secondary outbreak that could lead to further lockdown measures and disruptions of the economy that the province can ill afford.”

As an example, Cowley said the department reported that on 21 August 2020 there were 1,420 active cases in the province on one page of its report, but on a map showing the breakdown, it reported that there were 2,355 active cases. Only three of the eight districts had active case numbers that tallied with those presented in the table.

Mali Mtima of the Eastern Cape Department of Health said that the provincial education MEC, Fundile Gade, had been “shocked” to learn of the Burgersdorp school outbreak.

“Eastern Cape Education MEC, Fundile Gade has learnt with shock that 98 Ethembeni High School learners have tested positive with the Covid-19 while they are currently busy with their trial examinations and said children from Burgersdorp and Middelburg were affected.

“A multi-departmental team consisting of the local municipality, departments of Health and Public Works and Education has been established to manage the spread of this outbreak and advise on measures suitable for learners, especially those writing their trial examinations,” said Mtima.

“Currently, the team has advised the department to allow learners to write, as there are [no] reasons to stop the learners since they are medically fit. Invigilators have been advised to put on personal protective equipment and scripts will also be monitored for a specified period before being marked.”

Mtima said the health department had requested counselling for the children and was drawing up a plan to prevent them from transferring the virus to their homes or parents.

Gade said a report submitted by the Department of Health indicated that 552 learners will be quarantined. He said the report confirmed that contact tracing had begun.

“Of the 685 tested learners and teachers, 98 learners have tested positive. Our team is giving hourly updates to help establish the number of matrics from this group who tested positive for isolation. The Department of Public Works has indicated that these learners will be isolated in Aliwal North. In this centre, learners will be allowed to continue writing their trial exams,” Gade said.

More isolation sites in Steynsburg were identified for Grade 12 learners who had tested negative as doctors warned that they might still be in the incubation phase.

“All contacts of the 98 positive learners are being tracked and traced urgently to curb the spread of the virus. The government approach is meant to also avoid any loss of life, especially to parents and families who may have comorbidities. We urge the communities to work with us to ensure we stop the spread of this outbreak,” Gade said.

Burgersdorp has about 15,000 residents, including those living in its two townships, Mzamomhle and Tembisa, outside the town. The joint operations centre for the Joe Gqabi District Municipality issued a statement on Friday saying that it was awaiting the test results for another 65 learners.

The municipality, however, expressed concern that several of the infected learners had already been in contact with their families.

“There is a real concern that this outbreak will spread into the community,” its statement read.

Earlier in September, in a detailed report on the state of the outbreak in the Joe Gqabi district, officials had raised concerns that there was a discrepancy between its statistics and those of the Eastern Cape Department of Health.

The provincial department, despite a request by Health Minister Zweli Mkhize that daily updates were issued, has not provided a detailed breakdown of infections in the province in seven days.

There had been three smaller outbreaks in the towns that fall under the municipality with 37 cases and five deaths being identified in the Dirk Postma Old Age Home in Burgersdorp, 29 in Huis van der Horst in Aliwal North and 3 at the Barkley East Diens Sentrum. According to the municipality, there had also been a small outbreak at the Burgersdorp prison.

In its report issued on 6 September, the joint operations centre has also raised concerns over a high number of non-compliant funerals in the area. Only 43 of 59 funerals had been in compliance with Covid-19 prevention measures.

“It is particularly concerning that the nature of the non-compliant funerals are becoming more aggressive with large crowds and a blatant disregard for regulations. This is placing peace officers at risk,” the joint operations centre report read.

Tracing teams from nearby municipalities have been called in to assist with finding close contacts of those who had been infected. MC