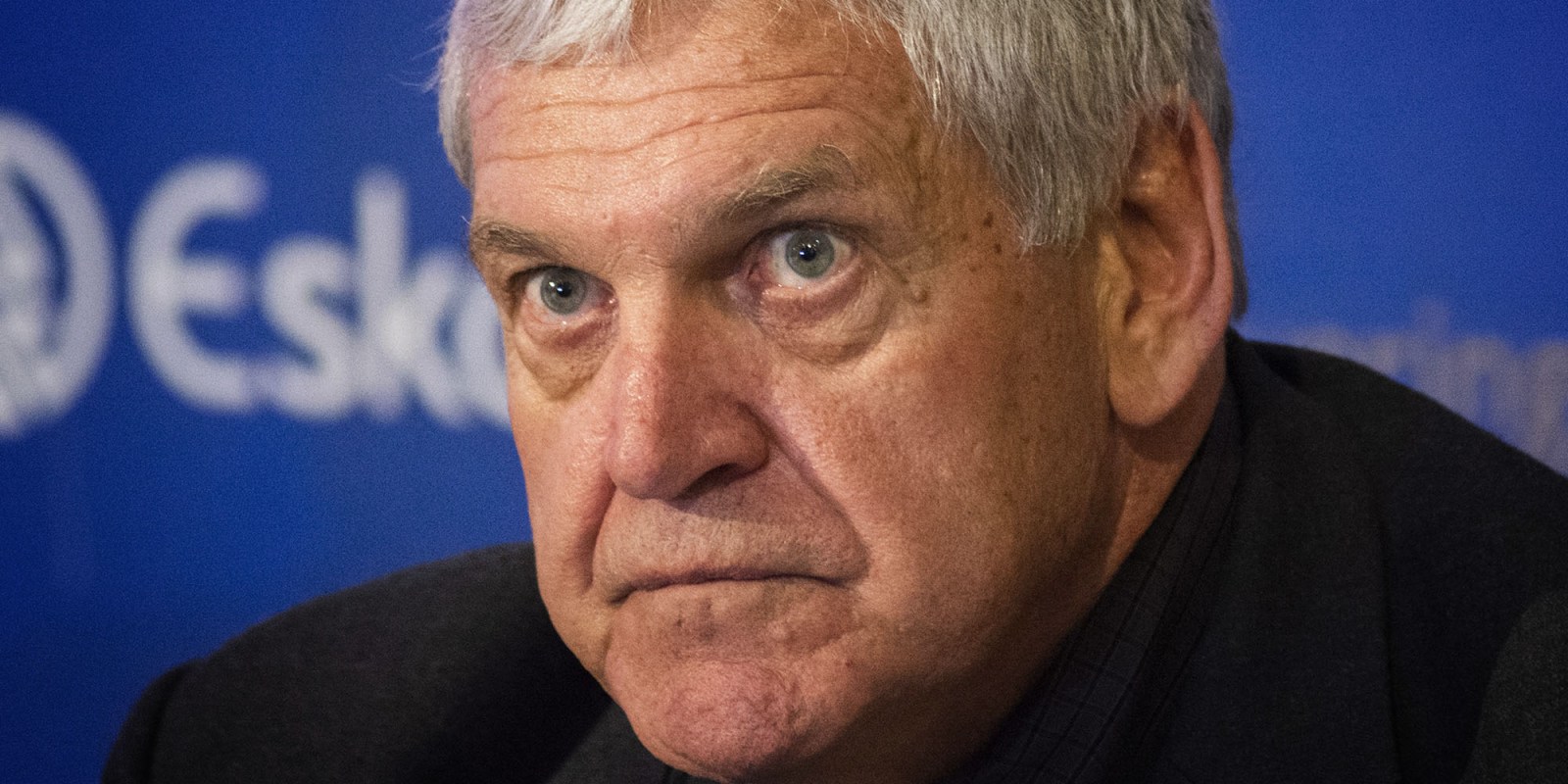 The report is the third investigation into alleged wrongful actions by Eskom COO Jan Oberholzer. All three investigations have cleared him of wrongdoing.

An explosive report by Eskom CEO André de Ruyter to the Eskom board reveals Eskom’s position in respect of unproven allegations of corruption, nepotism and victimisation orchestrated against COO Jan Oberholzer on social media and other platforms.

The Eskom report, dated 24 August 2020, was presented to the Eskom board by De Ruyter at a board meeting on 31 August, and deals with apparently orchestrated and ongoing suggestions by the EFF, trade union federation Saftu, Corruption Watch and other elements that have suggested a corrupt and conflicted relationship by Oberholzer with Stefanutti Stocks, Black & Veatch and Aveng.

The Eskom report also deals extensively with unproven allegations by former Eskom general manager of coal and clean technologies Mark Chettiar, who was also the portfolio project manager for the disastrous Majuba rail project, and the new ash dam project at Camden power station where delays caused the whole 1,600MW power plant to shut down for several months at the end of May, leading to at least one stage of load shedding in South Africa.

“None of the investigations found any substance to the allegations of wrongdoing as put forward by Mr Chettiar. It is recommended that the board endorses the COO’s actions as having been fair, transparent, procedural and professional in upholding and fulfilling his contractual mandate in serving the interests of his employer Eskom.”

In the report, the Eskom CEO warns of an “emerging pattern of underperformers to style themselves as whistle-blowers when called to account, a trend that is entirely at odds with the desired high-performance culture that Eskom is seeking to inculcate in its employees”.

According to the Eskom report, Chettiar went on sick leave on 29 January 2020 after he was transferred following a transparent process from his position as general manager of coal and clean technologies at Eskom to a similar position of the same grade in the human resources department at Eskom. This was said to be due to underperformance and a breakdown in the trust relationship because of false and unproved allegations he made in a grievance process against the COO.

Since then, Chettiar has neither returned to work, nor complied with any work instructions, yet he continues to receive his full salary with benefits as a general manager at Eskom, while he pursues a claim of victimisation at the CCMA. Chettiar also faces a disciplinary hearing served to him on 20 January due to “serious unfounded and unproven allegations against the COO”.

Through his attorneys, Chettiar has also been attempting to claim a severance package of R41-million from Eskom, while at the same time making allegations of corruption, nepotism and victimisation through various channels including the EFF, Saftu and Corruption Watch to the media against Oberholzer.

Documents seen by EE Business Intelligence indicate a number of alleged reasons and justifications by Chettiar for the above, including suggestions that despite his efforts Chettiar cannot find other employment because he alleges Eskom has damaged his reputation and caused him psychological and emotional distress and damage.

Sources indicate that the Eskom board is supportive of the Eskom CEO and COO following the presentation of the report by De Ruyter at the board meeting of 31 August, and that the report has since been given to Public Enterprises Minister Pravin Gordhan.

In the meantime, Chettiar’s former position as general manager: coal and clean technologies at Eskom has been filled by Naresh Singh, general manager: Africa strategy, who was seconded to the coal and clean technologies portfolio with effect from 1 February 2020. This, according to the Eskom report, was to ensure stability and continuity of service in this department, and to manage and oversee the execution of critical projects in Chettiar’s former portfolio.

In a further development, a landmark high court judgment on 15 September appears to vindicate Oberholzer’s stance on a R40-million disputed payment to Aveng, and undermines the suggestions by Chettiar that Oberholzer irregularly authorised this payment to Aveng.

According to the Eskom report, the R40-million payment to Aveng had been authorised by Oberholzer on the recommendation of Chettiar, an official opinion from an external legal company, Edward Nathan Sonnenbergs (ENS), and after an independent arbitration award settlement in favour of Aveng in its dispute with Eskom.

Chettiar subsequently claimed to the Zondo Commission that this was a corrupt and irregular payment on the part of Oberholzer. As a result, payment was suspended by Eskom pending the outcome of a high court action by Aveng to enforce the arbitration decision.

The judgment now orders Eskom to pay Aveng the R40-million, plus interest on the debt to Aveng, plus costs of the legal action by Aveng. In addition, the arbitrator has since ruled in favour of Aveng on claims in excess of a further R16-million. Eskom CEO De Ruyter commented on 19 September that “the court judgment has now vindicated the COO’s stance on the matter”.

Sources indicate that the Eskom board is supportive of the Eskom CEO and COO following the presentation of the report by De Ruyter at the board meeting of 31 August, and that the report has since been given to Public Enterprises Minister Pravin Gordhan.

When approached for comment and response to a number of questions from EE Business Intelligence arising from the Eskom report and high court judgment, the minister responded through his spokesperson Sam Mkokeli that the matter should be referred to the Eskom board.

The interim Eskom board chairman, Professor Malegapuru Makgoba, in turn responded that: “The board will respond at the appropriate time.”

When afforded the opportunity for right of response, Chettiar replied: “Kindly take note that I am taking legal advice on this matter and therefore am not in a position to comment further.” DM