Reflections of a Wayward Boy: A tangled web in the nascent underground 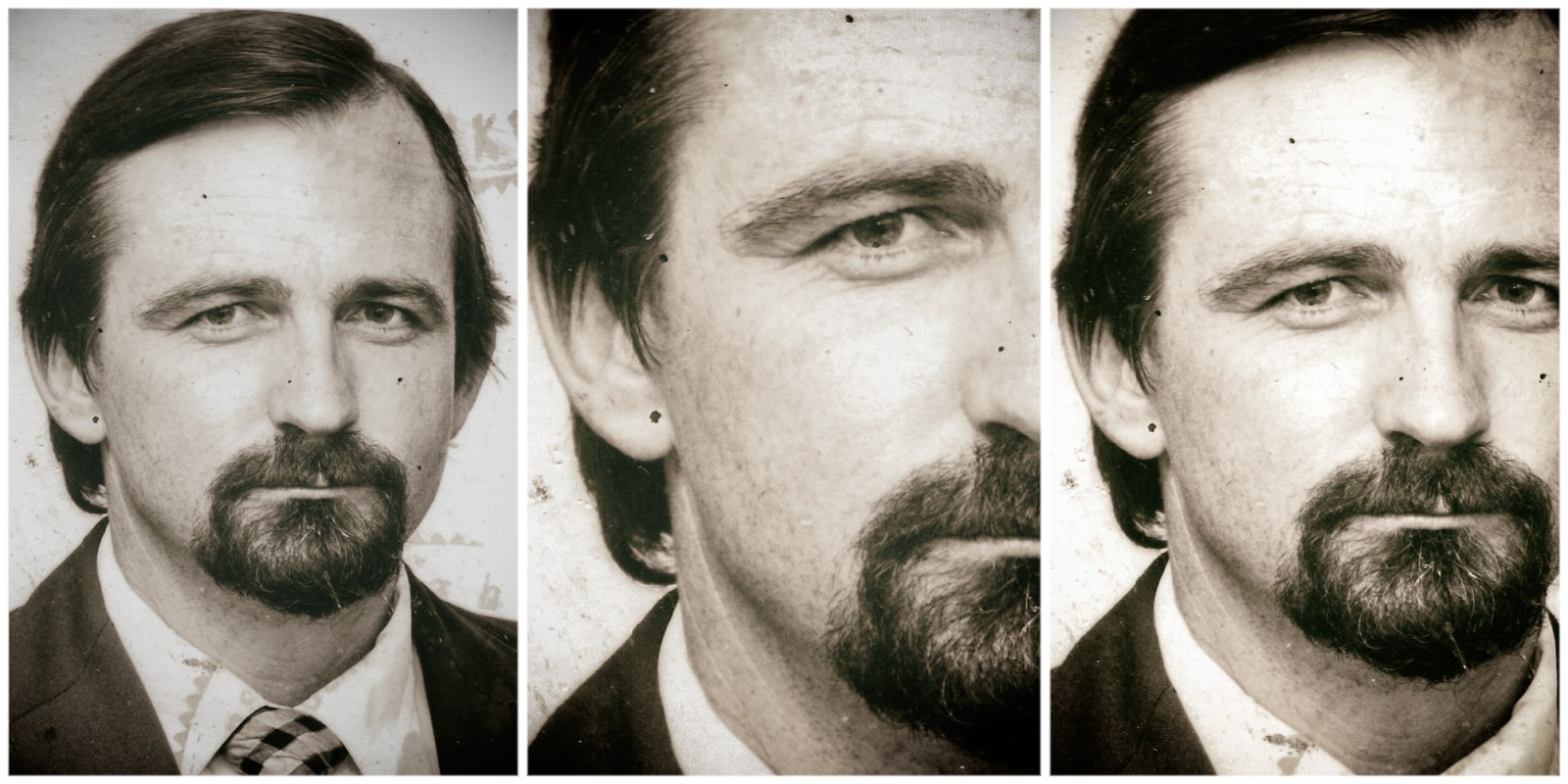 Were it not for the seriousness of matters on the ground, the situation among the ANC-supporting opposition in Johannesburg in 1962 could often have provided material for a slapstick comedy. There were police spies, the SA Communist Party and secret Trotskyist cell members — all belonging to the same organisation. Linked to this was at least one multicultural youth group in search of a revolution.

After returning to Johannesburg in July 1962, having completed the six-month Argus newspapers training course, I faced another problem: the police refused my press card application. In those days press accreditation cards were issued by the police and were applied for by newspaper managements on behalf of their journalists. I was summoned to the general manager’s office, quizzed about what I might have done to “upset the police” and told I had better “get the matter sorted out”.

What this implied was that I should negotiate with the police, which I was sure would get me nowhere. But I was able within a week to assure the general manager that the matter had been “sorted out”. I didn’t lie and he never asked, but what I did was to design my own Press/Pers card and got my brother Michael, an apprentice printer, to produce it. It was the same size and printed on the same linen-backed board as the official version, but mine was yellow, while the police version was blue. There was also no forgery involved since the authorisation was signed by me and stated simply that I was a bona fide journalist working for the Johannesburg Star. And it worked.

Apparently accredited, I was appointed by The Star as the East Rand correspondent with my office in Germiston, and I rejoined the Johannesburg branch of the Congress of Democrats (COD). Assigned to liaise with the Indian Congress members in Fordsburg, I became friends in particular, with Yussuf – Joe – Kajee who had, with several other congress members, been part of a short-lived New Africa Youth Forum (NAYF). Only weeks later, however, the COD was banned by the government. An evening meeting was called of all “former members” to decide what we should do.

On the day of the meeting, four of us – Paul Trewhela, Michael Wade, Raymond Eisenstein and I – met to decide what our approach should be. Unknown to Michael, Raymond and me, Paul was a member of the SA Communist Party (SACP). And, unknown to Paul and me, Michael and Raymond had joined the International Socialist League, a clandestine Trotskyist group set up by Witwatersrand University physics lecturer, Baruch Hirson. This group would later become the core of the African Resistance Movement (ARM) that started the sabotage campaign of the 1960s.

Paul and I argued that we should encourage the move toward an underground movement based on cells – “the M Plan” as enunciated by Nelson Mandela. Michael and Raymond agreed, but said they had no intention of coming to the meeting. Michael pointed out that there was bound to be a police spy in attendance. And he added, in words engraved on my memory: “Whatever you decide won’t matter. Pixie Benjamin will tell you what to do.” Pixie was a known SACP member and tended to be deferred to.

My assessment of the coffee bar proposal was shared by Joe Kajee and by Mike Ngubeni who was our contact for a group in Soweto. We decided that none of the people we trusted and who were, or might be, involved in political work in future, should go near this coffee bar. In the meantime, we should each build our own groups, liaise, and prepare for “more serious work”. In our imaginings at the time, this would eventually mean “going to the bush” and, in the words of one of our songs, help to “take the country the Castro way”.

In the event, as we later discovered, there were at least two police spies at the meeting at which Paul gave an impassioned argument for the M Plan. And then Pixie Benjamin told us what we former COD members would do: establish a non-racial coffee bar in a house in the suburb of Doornfontein.

I thought the idea was crazy. All the police would have to do would be to photograph everyone attending the coffee bar and so expose potential opponents. I said nothing, but left the meeting resolved to ignore the Doornfontein proposal. What none of us realised at the time was that Nelson Mandela and most of the senior SACP and Congress figures were already starting to prepare for an insurrection.

My assessment of the coffee bar proposal was shared by Joe Kajee and by Mike Ngubeni who was our contact for a group in Soweto. We decided that none of the people we trusted and who were, or might be, involved in political work in future, should go near this coffee bar. In the meantime, we should each build our own groups, liaise, and prepare for “more serious work”. In our imaginings at the time, this would eventually mean “going to the bush” and, in the words of one of our songs, help to “take the country the Castro way”.

For this, we needed to know where in the country would be suitable for our proposed guerrilla sorties. We had some book guidance because, in an inexplicable slip-up by the censors, Dinesh Patel had bought the book, Guerrilla Warfare by Mao Tse-Tung and Che Guevara in a local bookstore. And someone, somewhere, had found a copy of the US Special Forces manual, Kill or Get Killed by Colonel Rex Applegate. But where was our jungle base to be; where our Sierra Maestra? It was decided that I – the white boy – should take my annual leave and hitch-hike around the country to assess the prospects for our bush-bound revolution.

But there was also the realisation that borders might have to be crossed and, having been refused a press card, I was sure I would not be allowed a passport. Then – and for the life of me I can’t remember where – I heard about the protectorates travel document, a “passport” that enabled farmers along South Africa’s borders to cross into neighbouring countries for up to 10 days in search of strayed livestock.

At 10 one morning, I applied at the Harrison Street Home Affairs office, claiming I had urgently to visit relatives in Swaziland and didn’t have time to wait for my passport. By 4pm I had a very official-looking document in my hands. It required only one photograph attached, and no police check. So I left on my peripatetic journey to discover there is no local Sierra Maestra or any geographical candidate for a local Ho Chi Minh trail. But, in those days before computer links and centralised databases, I also entered and left Swaziland without leaving any apparent trace, with two stamps in my protectorates travel document.

As expected, Doornfontein was raided and the coffee bar closed down. Another meeting was called, from memory convened by Jean Middleton, at which it was decided that Johannesburg city would be divided into four quadrants, each the responsibility of a cell. Ann Nicholson, Paul Trewhela, Gerard Ludi and I would head these units. The problem was that, apart from my own cell, all the members available to operate in the other cells were known to one another. I was also unaware that my fellow cell leaders were all members of the SACP and none of us was aware that Ludi was also a security police spy. At the same time, none of the others was aware that I was liaising with groups in Fordsburg and Soweto.

But apart from occasionally painting slogans on walls, our main activity was the clandestine distribution of anti-apartheid pamphlets and placing stickers with slogans such as “Apartheid is the Killer” in telephone kiosks and on poles. However, plans for more “serious work” were under way in the independent group that had emerged, linking my cell with activists in Fordsburg and Soweto. Pursuing these plans led, in several cases, to outcomes bordering on high farce. DM