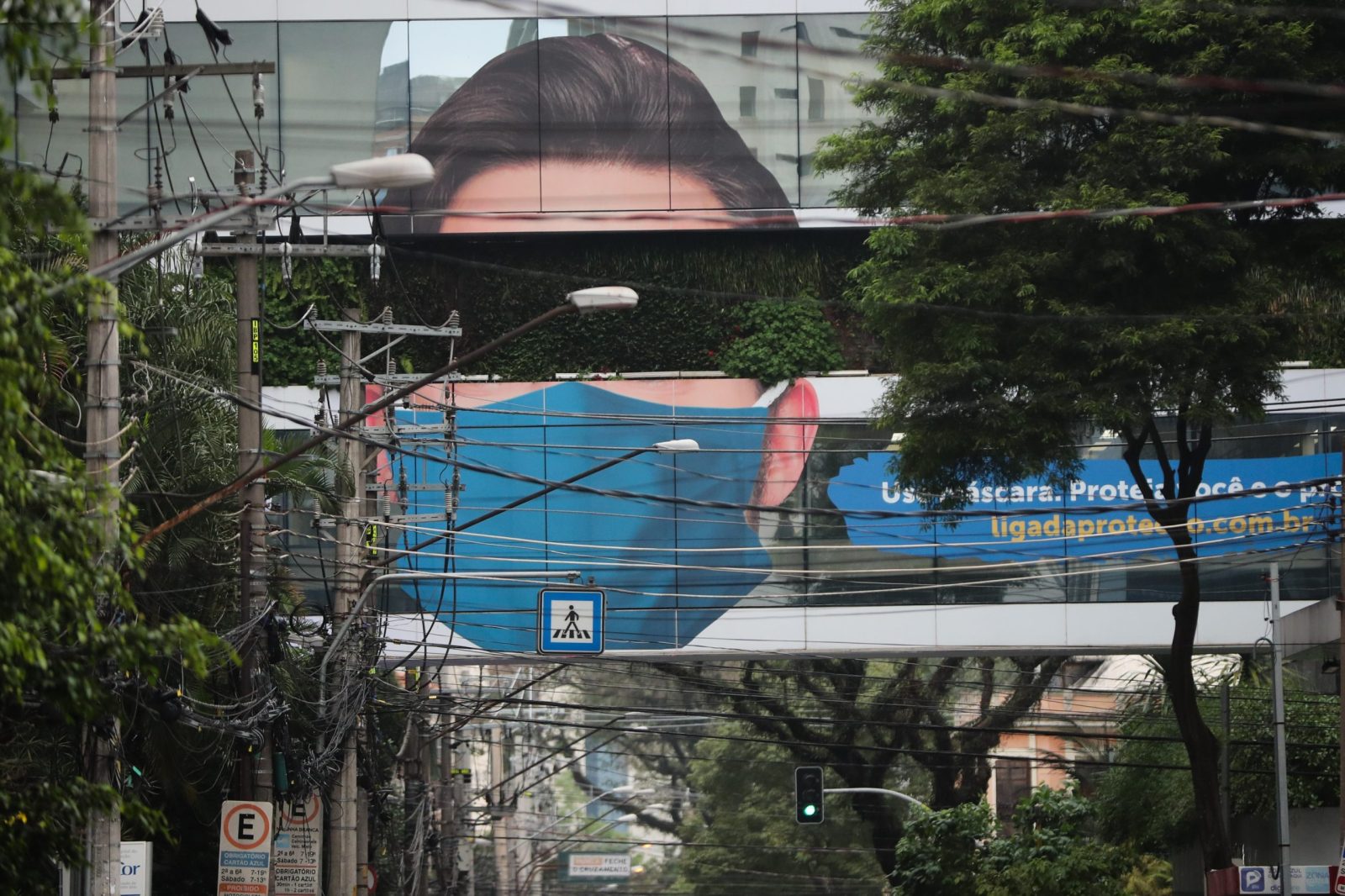 epa08613509 View of a poster showing a person with a mask, in Sao Paulo, Brazil, 19 August 2020. Brazil strengthened its position as a benchmark for clinical trials against COVID-19, after the announcement of the authorization to test a fourth vaccine. EPA-EFE/Fernando Bizerra

BRASILIA, Sept 17 (Reuters) - Brazil and several other Latin American countries have informed the World Health Organization (WHO) they need more time to sign up for its global COVID-19 vaccine allocation plan known as COVAX, officials said on Thursday.

Countries have until midnight on Friday to formalize legally binding commitments to COVAX, a mechanism for pooled procurement and equitable distribution of eventual vaccines.

A representative for the GAVI Alliance, the COVAX secretariat that will handle the requests for an extension, said by email that details of which nations have joined COVAX so far will only be made public after the deadline.

“The federal government, as well as other countries, continues in talks with GAVI to extend the deadline for formalizing Brazil’s participation in the initiative,” a Brazilian statement said.

Brazil, which has the world’s most severe outbreak outside the United States and India, said more time was needed to gather information on regulatory, legal, storage and logistical issues.

Health officials in Mexico, which has the worst outbreak in Latin America after Brazil, said their country would sign the commitment on time before the deadline.

Jarbas Barbosa, assistant director of the Pan-American Health Organization, said in a briefing on Wednesday that Latin American countries were having trouble meeting the deadline and some wanted to push back the date.

Barbosa said all countries in the Americas except the United States had expressed interest in the vaccine facility, even those that have separate agreements with vaccine makers, because it gives them an added guarantee of access to doses.

Ten Latin American countries are among 90 poor nations in the world that will not have to pay for the vaccine, while the others in the region will pay an “accessible” price through COVAX, Barbosa said.

Colombian President Ivan Duque confirmed on Wednesday that his government was joining COVAX and Paraguay’s health ministry said it has already signed, even as it plans to buy the vaccine developed by AstraZeneca PLC and Oxford University.

Brazil’s central government has an agreement to test and buy the AstraZeneca vaccine, while Sao Paulo state is testing one developed by China’s Sinovac Biotech and the states of Paraná and Bahia reached deals for Russia’s Sputnik V vaccine.