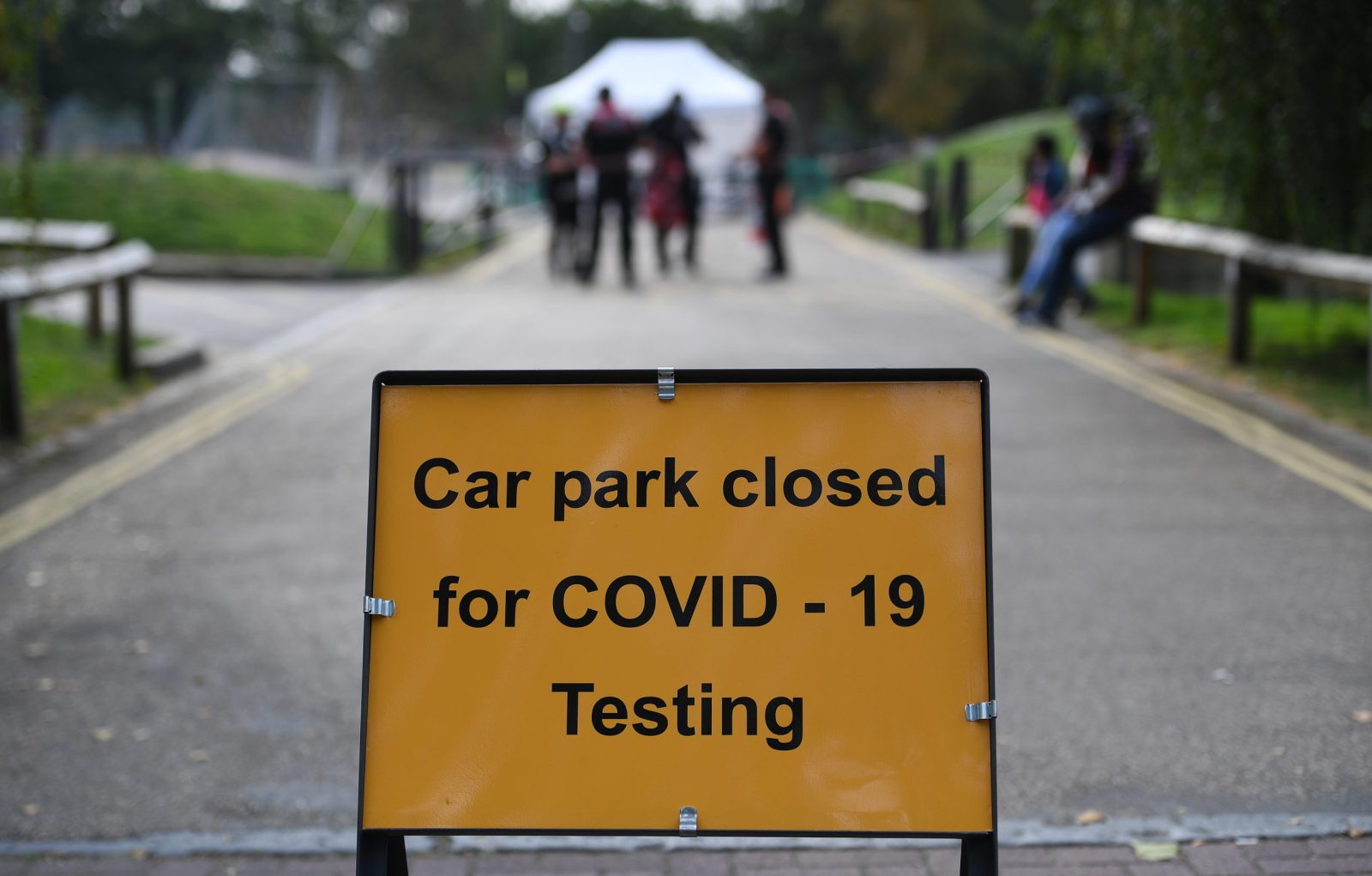 epa08672612 A Covid-19 testing site in London, Britain, 16 September 2020. The UK government's Covid-19 testing program is coming under increasing pressure, with many people not able to get tests or are having to travel many miles to other towns and cities to receive one. EPA-EFE/ANDY RAIN

LONDON, Sept 17 (Reuters) - Britain's government acknowledged problems in its COVID-19 testing system on Thursday as soaring demand met with worsening turnaround times and availability during a spike in infections.

Only 14% of test results in England came back in 24 hours last week, a sharp fall from 32% the week before, data showed.

Prime Minister Boris Johnson’s government is under pressure over what it had said would be a “world-beating” system to test and trace cases so as to avoid a second wave.

Approval of his government’s handling of the crisis fell to its lowest recorded by pollster YouGov, with 63% viewing it badly.

“There’s a challenge in testing,” UK health minister Matt Hancock said. “The challenge is that demand has gone up faster.”

Johnson acknowledged on Wednesday that there was not enough capacity and said he was aiming for 500,000 daily tests by the end of October.

“I am certain that we will need more as we go beyond the end of October,” Dido Harding, interim chair of the new National Institute for Health Protection, told lawmakers, noting two new labs would be set up.

Ministers have acknowledged that many families are unable to get tests or were offered them only at remote locations.

Harding said 27% of people getting tests did not have symptoms, and health minister Hancock pointed a finger at people sometimes going without good reason.

Cases are sharply increasing, with many children, parents and workers fretting whether or not they can safely return to school or the office.

The national Test and Trace scheme said there had been a 167% increase in numbers testing positive in England since the end of August.

There were 3,395 new cases of COVID-19 reported on Thursday, while Wednesday saw the highest daily number since May, although many more tests are being carried out.

In total, 381,614 people have tested positive for COVID-19 in Britain, and there have been 41,705 deaths within 28 days of a positive test. (Additional reporting by Estelle Shirbon in London and Conor Humphries in Dublin; Editing by Kate Holton, Angus MacSwan and Andrew Cawthorne)