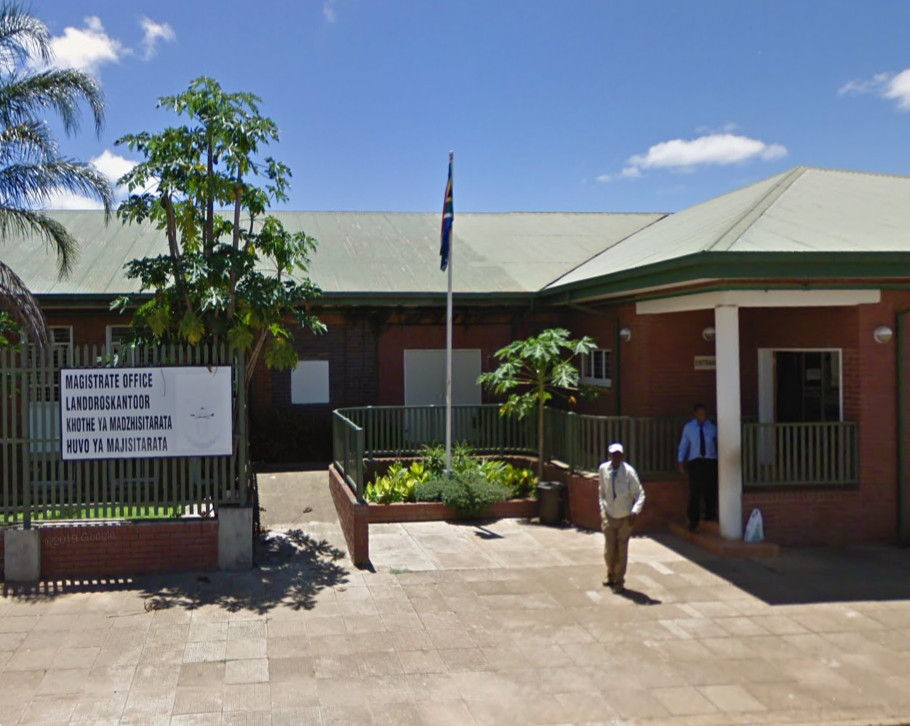 A magistrate in this court in Louis Trichardt made a seminal judgment this week. Photo taken from Google Street View

The editor of two Louis Trichardt newspapers succeeded in a court application to get the Makhado Municipality to give him information about tenders. This, after the municipality stonewalled him. The court ruling is seen as a victory for the right to access information.

Tenacious editor Anton van Zyl, the publisher and editor of the Zoutspansberger and the Limpopo Mirror, based in Louis Trichardt, has secured a significant court victory entrenching the constitutional right of journalists – and in turn the public – to ensure transparency in government.

Van Zyl wears many hats. He is the commercial manager and also, because of scarce resources, does much of the reporting.

Last year, when the local Makhado Municipality advertised in his own newspapers a tender for the sale, to the highest bidder, of what was once a popular public park (turned taxi rank and dumping ground) in what is mainly a residential area in Louis Trichardt, it caught his eye.

In July, “rumours” were doing the rounds that the two sites – which are some of the last public areas and were zoned accordingly – had been sold.

He started digging and asked the municipality for further information. In response, the municipality posted on its website that one site had been sold to Banyana Enterprises, and the other to Trendy Tiles and Sanitary Ware.

Van Zyl said this raised questions: Who were these entities? Why had Banyana Enterprises succeeded when its tender was one of the lowest of the eight submitted? And why did Trendy Tiles and Sanitary Ware succeed when its tender was R450,000 lower than another tender submitted by another entity, which had offered about R3.8-million for both sites?

The municipality had accepted tenders with a combined value of just more than R3-million when it could have got R800,000 more for both sites.

A search revealed that Banyana was based in North West province. Van Zyl could find no information at all on Trendy Tiles.

Using the Promotion of Access to Information Act (PAIA), he made an application asking for all documents relating to the two deals, including company information and minutes of committees.

He turned to the Makhado Magistrate’s Court in Louis Trichardt. In a ruling handed down this week, Magistrate Vanessa Grundlingh ordered that the municipality supply the relevant documentation within 15 days, saying: “The media plays an important role in providing citizens with information and fostering a culture of transparency.”

In court, the municipality put up a fight, trying to hide behind various provisions of the Act, which provide for stricter measures for private rather than public bodies, and also claiming it was protecting the rights of “third party natural persons”.

But Grundlingh ruled that these provisions did not apply and, on its own version, the municipality had conceded that the third parties were, in fact companies, and did not qualify for protection.

The municipality also said Van Zyl should “do his own research”; that he was “being annoying”; was abusing the Act by “simply looking for a new story when there is nothing there to report on” and was not acting on any public complaints.

The magistrate noted that Van Zyl had done his own research. She also said it was not for the municipality to decide if a story should be run.

The municipality also claimed that Van Zyl was “abusing the Act’s procedure’s by requesting officials to leave their posts and supply them with newsworthy material to publish in newspapers, and that they have no interest in the information requested”.

In this regard, the magistrate said the municipality had not provided any evidence of the “nature and extent of the workload needed to comply with the request, the man hours involved, the amount of copies it would have to make or resources expended”.

The case is interesting,, too because it is one of the first, perhaps the first, PAIA case to be decided by a magistrate.

As of 1 October 2019, a regulation came into force which allows magistrates to hear PAIA cases, making it much quicker, cheaper and easier for litigants trying to access information.