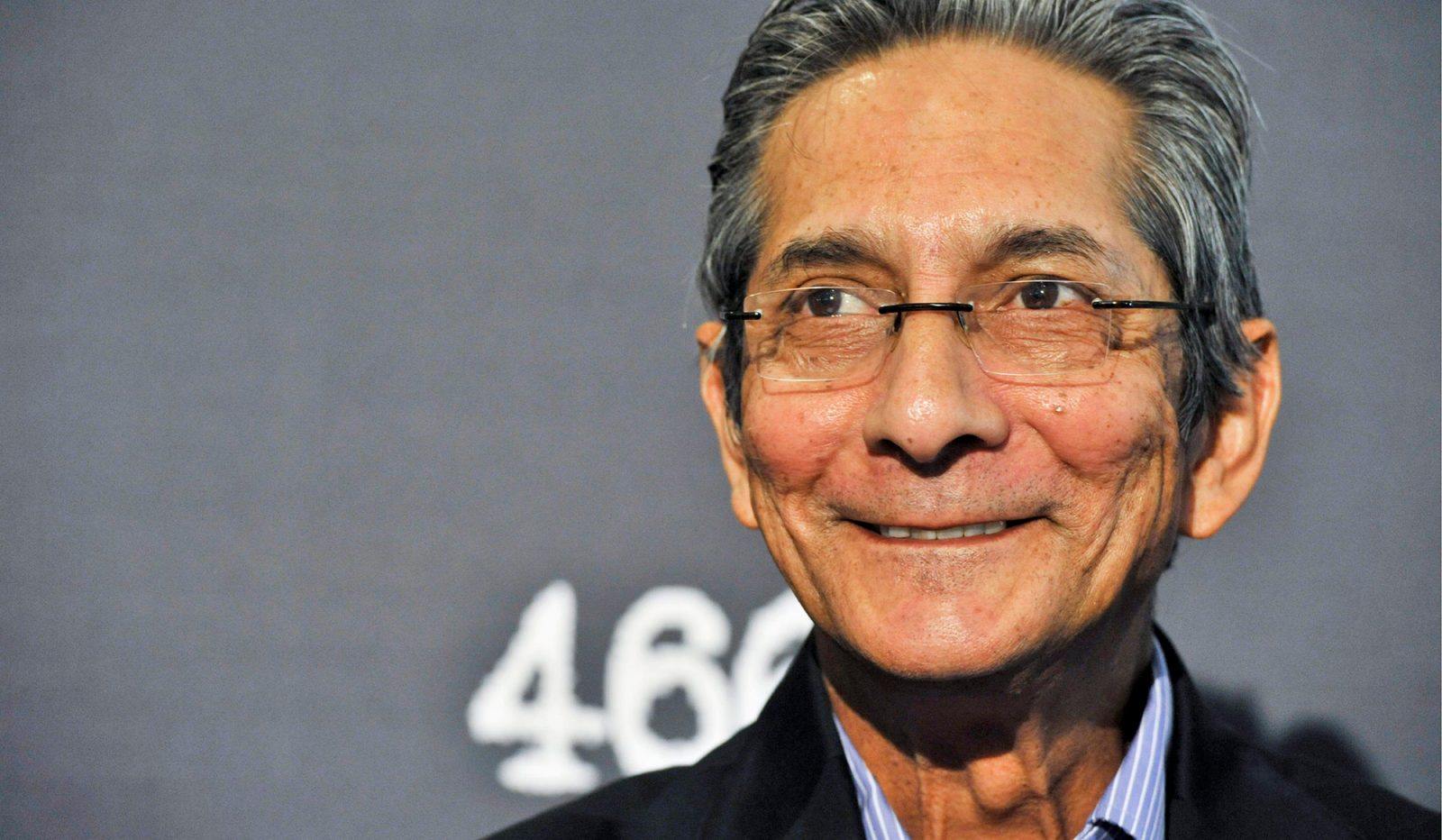 Then Nelson Mandela Foundation CEO and 46664 board member, Achmat Dangor at a press conference about the global clothing brand to be launched by non-profit organisation 46664, held in Johannesburg, South Africa on 9 March 2011. (Photo by Gallo Images/Foto24/Bongiwe Gumede)

In his 71 years, Achmat Dangor was many things to many people, both in South Africa and across the world. He was a lifelong activist and social justice advocate. He was once banned for his political activities in resistance to apartheid. He was a cultural leader at the centre of the Congress of South African Writers, a tireless development organiser and, for six years, the chief executive of the Nelson Mandela Foundation. For me, he was above all an extraordinary novelist and poet who expanded how I think.

I was a graduate student when, quite by chance, I picked up a copy of Ahmed Dangor’s 1997 novel Kafka’s Curse in Exclusive Books in Johannesburg. It was 2001 and I was starting to write my dissertation proposal. I read Kafka’s Curse and realised that I had to change topics, such was the impact of the novella on my intellectual life.

It remains a formative novel in my understanding of South African culture, and a favourite novel due to the sheer pleasure to be found in its writing, in its gorgeous prose and magical, mythical landscape.

The complexity of culture

In Kafka’s Curse the characters shift and transform. The protagonist Oscar Kahn is revealed to be Omar Khan, both coloured and Muslim, who has passed as Jewish and white by changing two letters of his name. His wife leaves him as his illness progresses, an illness which poisons his lungs and turns his skin into bark just as Nelson Mandela becomes South Africa’s first democratically elected president.

In many ways, Dangor’s fiction represented the shifts that South African literature and culture underwent in the early days of the country’s transition to democracy. His was a focus on the relationship between race, memory and apartheid constructions.

Both the form and the content of his novels highlight the ambiguous character of identity and history. They offer a complex and nuanced alternative to dominant understandings of South Africa, ones that moved away from a logic of black and white, good and bad, past and present, and into a textured and intricate conception of the country’s culture.

They certainly changed my own understanding of my world. Kafka’s Curse showed me that South Africans were not always one thing or another, but had to deny the complexities of identity in order to fit into apartheid’s system of racial categorisation.

In a post-apartheid context, Dangor’s characters reveal the irrepressible mix of South African identities. In Kafka’s Curse he applied the legend of Majnoen to South African culture in a short novel written of rich prose that is often described as magical realist in terms of genre. In an interview with Bold Type magazine, he himself described it as follows:

“The ancient Arabic legend of Leila and Majnoen (‘a name as well as a madness’) is a cautionary moral tale: tamper with the hierarchy of a society’s structure and you threaten its orderliness, and hence its very existence. Ask the Caliph who caused his daughter Leila and her lover Majnoen so much suffering: his caliphate probably did not endure as long as their legend.”

The legend of Majnoen in South Africa becomes a story of enduring love that defies despotic rule. Apartheid meanings are interrogated from the points that it denied existed – the ambiguities or overlaps between its lines of racial categorisation. This is embodied by the figure of Oscar/Omar.

Like when I first read it, these ambiguities unravel what my own graduate students think they know when I teach this book today. Kafka’s Curse muddies the line between the imagined and the lived reality of racial constructions.

The uncertainty of the past

In his internationally acclaimed 2001 novel Bitter Fruit, Dangor continued his investigation of ambiguity by exploring the line between silence and speaking up. He did this by looking at the impact of the Truth and Reconciliation Commission (TRC), set up by the Mandela government to deal with the atrocities of apartheid. While Kafka’s Curse explored these issues around South Africa’s first democratic election in 1994, Bitter Fruit dealt with similar issues around the second election in 1999. Its focus was the uncertainties of history and memory.

Bitter Fruit was shortlisted for the Booker Prize in 2004 and is probably Dangor’s best-known work. Set in urban Johannesburg, the narrative focuses on Silas and Lydia Ali and their son Mikey. As their relationships begin to unravel at the end of the Mandela presidency, silence surrounds the characters’ pasts as a counterpoint against which to examine the impact of the TRC as a form of cultural articulation.

How do we deal with our past and the uncertainties of history, Dangor asks, in a novel that floats back and forth between present and past, speech and silence, public and private.

Bitter Fruit’s three sections – memory, confession and retribution – act as counterpoints against which the TRC’s processes of speak, grieve and heal are situated. He doesn’t offer any neat solutions, but traces different ways of dealing with our past. In much the same way that the TRC could not construct a unified idea of South African history but merely offered one piece of a fragmentary story, Dangor illustrated the ambiguity inherent in the various ways we synthesise that past as individuals and as a society as a whole.

In each of his books, he explored questions that shifted these sorts of cultural debates. Dangor’s last novel, Dikeledi (2017), sits on my bedside table and I wonder what new knowledge lies within its pages for me to discover, what questions will be explored that I cannot articulate myself.

Ronit Frenkel is Professor of English, University of Johannesburg