Amakhosi get a new chief in hunt for glory

Amakhosi get a new chief in hunt for glory 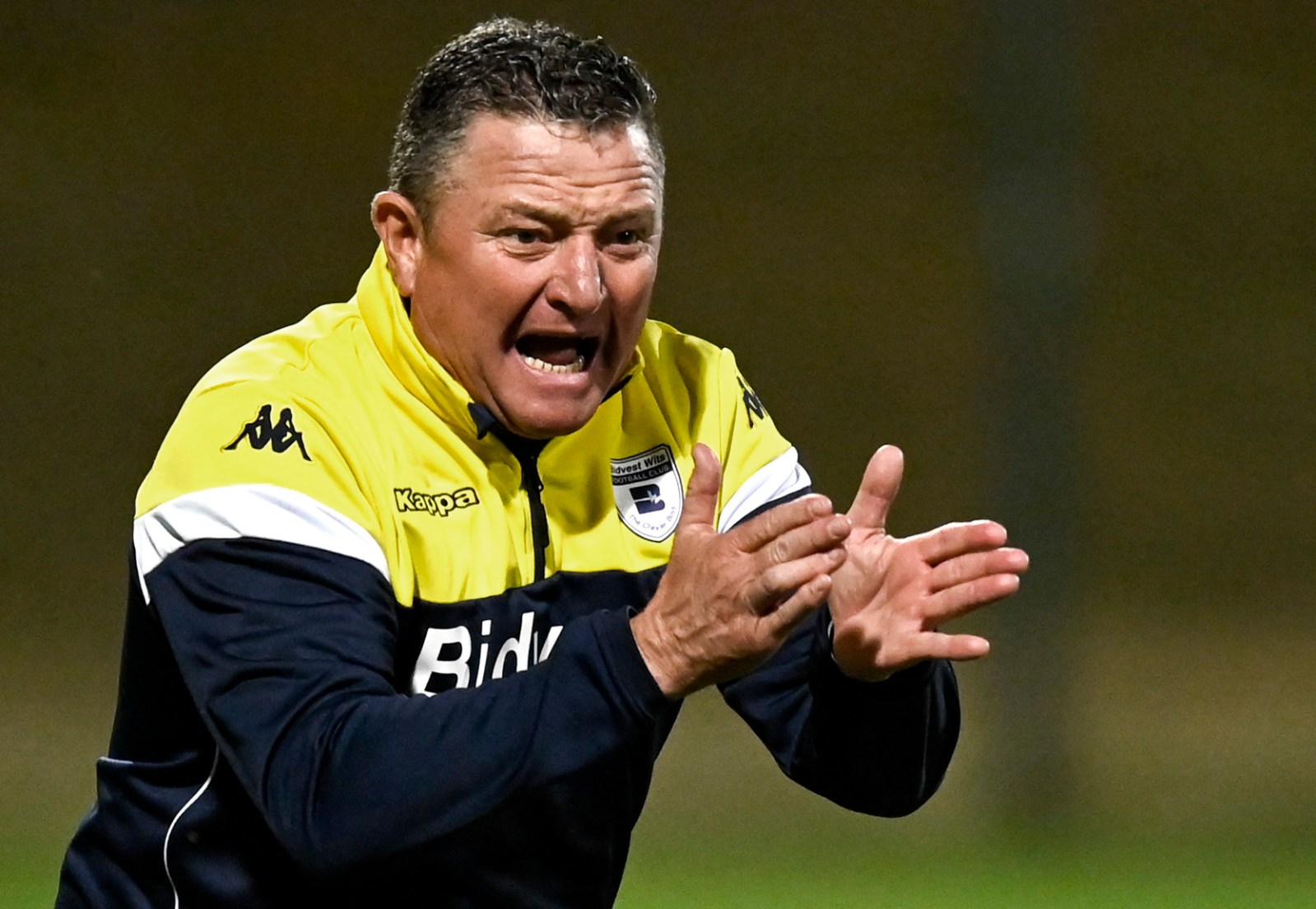 After much speculation and Gavin Hunt downplaying the links, the former Bidvest Wits coach was officially announced as Amakhosi’s new coach on Thursday. Can he bring joy to Chiefs following the anguish of them losing the title on the finish line in the recently concluded season?

There is a new chief in the Kaizer Chiefs village. Gavin Hunt will lead Amakhosi’s continued quest for silverware; a hunt that has stretched for five years now. The 56-year-old has been handed a three-year contract by the Gauteng team.

The experienced mentor was without a job after Bidvest Wits sold their Premier League status to GladAfrica Championship side Tshakhuma Tsha Madzivhandila (TTM) for next season, and in the process flushed 99 years of South African football history down the toilet.

Now Amakhosi, who sacked their coach Ernst Middendorp just over a week ago, have moved to fill the void with the man they hope will bring back the glory days to the Naturena-based outfit.

Middendorp was shown the door despite having found Chiefs languishing in mid-table halfway through the 2018/19 season when he took over from Italian Giovanni Solinas, and brought them agonisingly close to winning the Premiership in the first full season of his second stint with the club.

Of course, despite that massive improvement of pulling the team from ninth to second, Middendorp had no silverware to show for it, in what is Chiefs’ 50th anniversary. What made it even worse was that they led the league from the first month of the recently concluded season, only to be overtaken on the last day by Mamelodi Sundowns.

That was simply not good enough for a team of Chiefs’ stature, especially considering that they have gone half a decade without a single major trophy. Amakhosi chairman Kaizer Motaung stated that they were left without any other option but to sack Middendorp after such a bittersweet season.

“We deliberated and considered many aspects related to the team, including our way of playing, our performances and the results before coming to the decision,” said Motaung in a statement. “We truly believed and hoped that our 50th anniversary would be better, and it indeed looked promising. The decision taken is part of a strategy to have the team win trophies again and to make our supporters happy because they deserve better.”

In Hunt, Amakhosi have acquired the services of someone who is a proven winner. He has picked up eight major trophies in his 25-year coaching career which has seen him take charge of teams including SuperSport United, Moroka Swallows, Black Leopards and most recently Wits.

“We looked at our situation and our needs before deciding on Gavin,” said Motaung. “He brings with him an abundance of experience, having coached about five teams in the Premiership. There is success wherever he has coached.

“Given that the Covid-19 pandemic has forced us to finish the season in the bio-bubble and that the squad will only rest for two weeks before the players return for pre-season, we needed a coach who understands the local market and conditions. We believe that with Hunt we have brought in a person with the right experience and energy to do just that.”

It’ll be a waiting game for Hunt and his new employers to see whether the decision will be overturned before the last day of the domestic transfer window, which is 17 November. If Amakhosi’s appeal at the CAS is successful, a number of stars that Hunt was coaching at Wits could potentially head over to Naturena.

In the 2016/17 season, Hunt famously hauled the Clever Boys to their first Premier League title in their 96th year in existence. It was his fourth title triumph after his triple success with SuperSport. Recently, he spoke fondly of that triumph with Wits, touting it as one of his favourite memories in the game.

“I want to be remembered, most importantly for winning the league [with Wits]. And that you can never take away. It had never been done in 96 years, and we did it. That’s something that will always live with me,” said Hunt on the final day of the recently concluded season.

Throughout his career, Hunt has been linked with a move to either of the two Soweto rivals, Chiefs and Orlando Pirates. But these links never materialised – until now. He was even given the accolade of “best South African coach to never coach Bafana Bafana”. Finally, he has his shot at the big time and will be looking to use this platform to stack more accolades on to his already sublime legacy.

Hunt has over the years been accused of playing a boring style of football, or football which is not South African flavour. He addressed this criticism recently.

Now he is at a team with a considerably larger budget and appeal than teams he has previously coached – which means he will probably have the players should he wish to play more flamboyant football.

However, he might not be able to sign the players he wants immediately. Chiefs are unable to bring in any new players until at least July 2021 unless their Fifa transfer ban appeal to the Court of Arbitration for Sport (CAS) is successful.

This comes after they were handed a two-window transfer ban in February for flouting the rules when signing and registering Malagasy national Andriamirado “Dax” Andrianarimanana from Fosa Juniors back in 2018.

It’ll be a waiting game for Hunt and his new employers to see whether the decision will be overturned before the last day of the domestic transfer window, which is 17 November. If Amakhosi’s appeal at the CAS is successful, a number of stars that Hunt was coaching at Wits could potentially head over to Naturena.

Some of the bigger names have reportedly already been snapped up by Sundowns and Pirates, but there are many others who are currently clubless after the TTM takeover.

If the appeal fails, Hunt will have to make do with what he currently has in the team. He might also dip into the development side to integrate young players, as he did at Wits with the likes of Rowan Human and Keenan Phillips. With Hunt at the helm, Chiefs have a coach of pedigree. The board just needs to be patient. DM