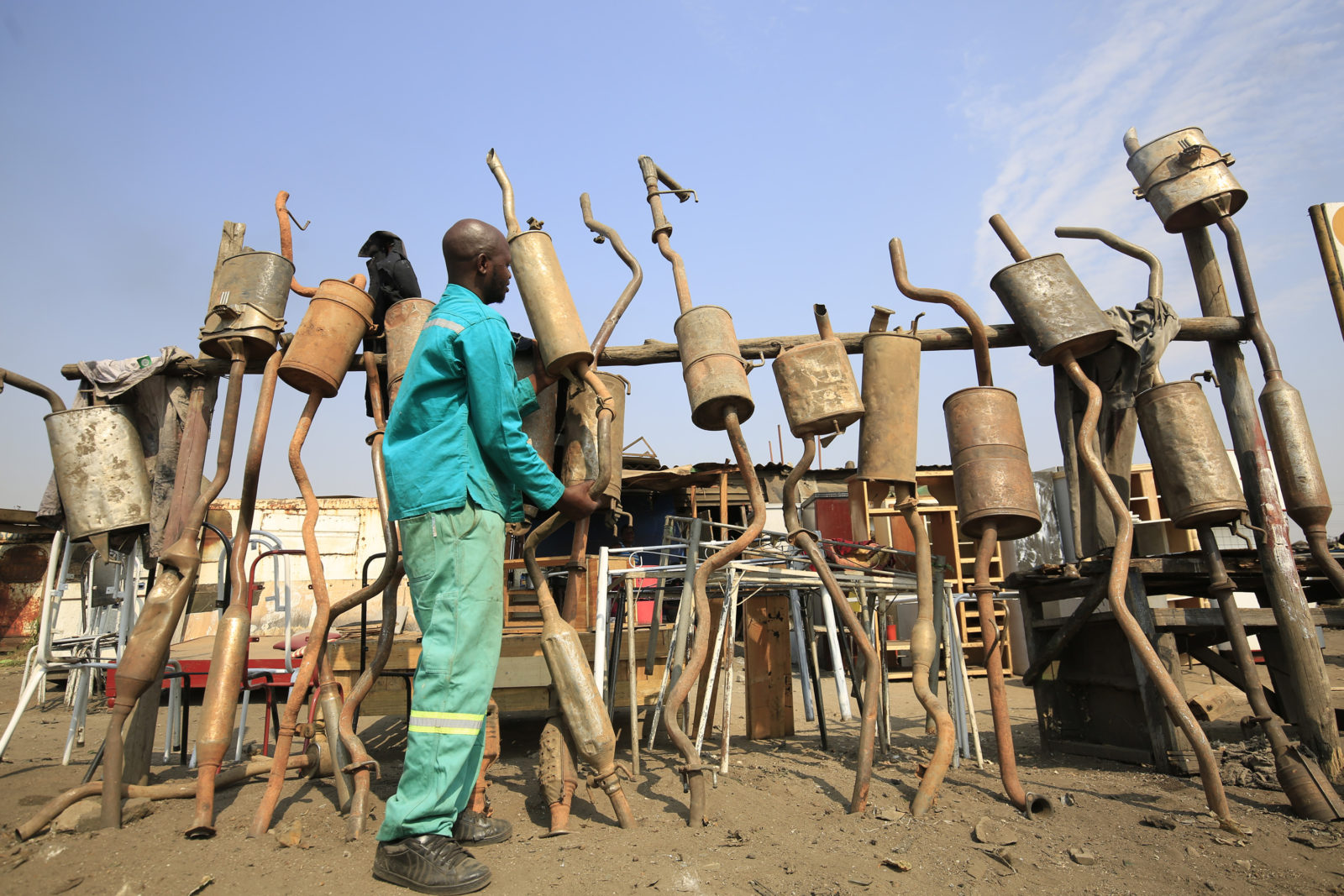 epa08670164 Fortune Manimanzi sells old exhaust pipes taken mostly from accident damaged vehicles at an informal market in the township of Highfield, Harare, Zimbabwe, 15 September 2020. More and more people are joining the country's informal sector as many companies are closing down due to the economic instability. EPA-EFE/AARON UFUMELI

The Southern African nation went into a lockdown in March and President Emmerson Mnangagwa later imposed an overnight curfew to curb the spread of the coronavirus.

The pandemic has battered Zimbabwe, which was already reeling under hyperinflation and a looming scarcity of basic amenities, before the pandemic struck. The country of 14 million people has seen 7,531 cases and 224 deaths so far, according to a Reuters tally.

The government has extended business hours by two hours to close at 6.30 p.m., she said.

“Despite the measures taken today to further open up the economy, the threat from COVID-19 is still real and citizens should continue to religiously adhere to the COVID-19 containment measures,” said Mutsvangwa.

The central registry would be re-opened, Mutsvangwa said, to allow citizens to access births and death certificates and passports while authorities would also start to issue work permits and visas.

Students, who were to write their final end of year examinations, also started returning to schools from Tuesday.

The government last week allowed the resumption of domestic flights, which would be followed by international flights next month in a bid to boost tourism. (Reporting by MacDonald Dzirutwe Editing by Promit Mukherjee and Angus MacSwan)