Some Indian hospitals scramble for oxygen as coronaviru... 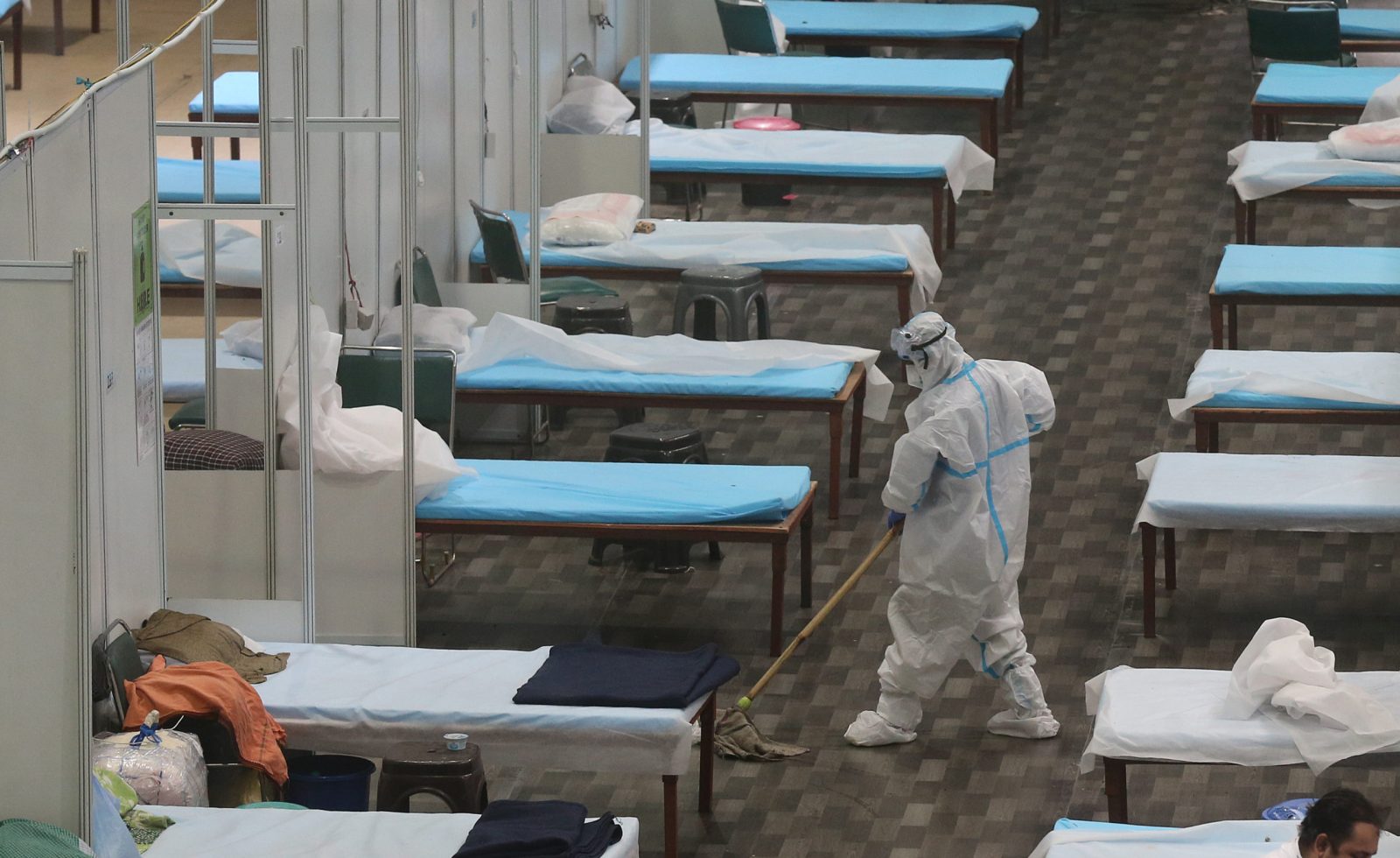 epa08574924 A hygiene technician wipes the floor at the COVID 19 care centre and isolation ward facility which is attached to a Hospital in New Delhi, India 30 July 2020. According to reports India is listed as the third country worldwide in regards to total COVID-19 cases after the United States and Brazil. EPA-EFE/HARISH TYAGI

MUMBAI, Sept 16 (Reuters) - India's coronavirus infections surged past 5 million on Wednesday, piling pressure on hospitals grappling with unreliable supplies of oxygen that they need to treat tens of thousands of critical patients.

In the big states of Maharashtra, Gujarat and Uttar Pradesh, that are also some of the worst-affected by the virus, demand for oxygen has more than tripled, doctors and government officials said, prompting urgent calls for help.

“Desperate patients have been calling me through the night but I don’t know when I will get stock,” Rishikhesh Patil, an oxygen supplier in the western city of Nashik, told Reuters.

India has the world’s fastest growing novel coronavirus epidemic and added its last million infections in just 12 days. It is only the second country in the world to have more than 5 million cases, after the United States.

“The problem happens when at a facility level, if there is no inventory management. Every state should ensure this,” Bhushan said.

In the capital of India’s most populous state of Uttar Pradesh, the total requirement of oxygen cylinders stood at 5,000 cylinders compared with 1,000 cylinders in normal times, a government official said.

The worst-affected state of Maharashtra has decided to reduce supply to neighbouring states to meet its growing demand, a state government official said.

Vehicles carrying oxygen will get right of way and can use sirens to ensure they reach hospitals faster.

Ravindra Khade Patil, a doctor who manages two private hospitals on the outskirts of Mumbai, spoke of the stress he faces trying to ensure he can supply his patients with oxygen.

Two days ago, the supplier of oxygen to his hospitals did not turn up at his usual time.

Patil made frantic calls to the supplier and then to nearby hospitals and lawmakers, knowing that if the oxygen didn’t arrive on time, it would be too late for some of his most critical patients.

Finally, past midnight, thanks to pressure from a government official, the oxygen tanks arrived.

“If they had arrived even a couple of hours late, we could have lost five or six patients. Every day, we are worried if we will be able to meet our requirements, if the oxygen will arrive or not,” Patil told Reuters.