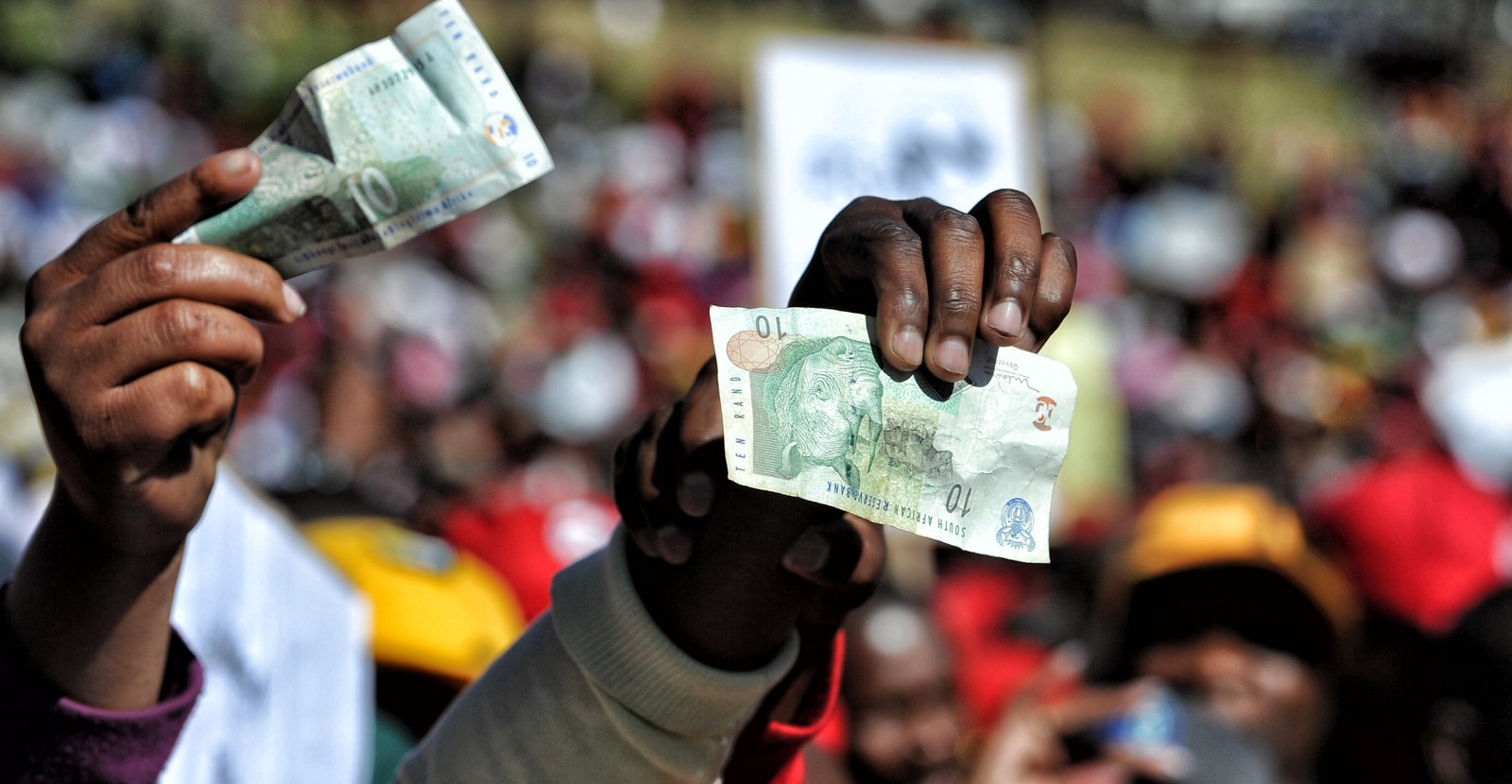 Wage talks between the government and public sector workers for the next year usually start in October. At least one trade union wants public servants to get an inflation-busting wage increase of expected consumer price inflation in 2021 (3.3%) plus 2%.

Public sector workers are preparing to further squeeze state coffers by proposing wage increases of more than 5% during the government’s 2021/22 financial year, as a new round of compensation talks looms.

Wage talks between the government and trade unions representing public sector workers usually start in October every year at the Public Service Coordinating Bargaining Council, where terms of employment are discussed.

Trade unions are already talking about tabling inflation-busting wage increases at the council despite the government’s plan to cut the wage bill by R160-billion over the next three years, as it is the largest component of government expenditure – at R639-billion for the 2020/21 financial year.

The government has consistently improved the pay of public sector workers over the past decade – with public finances allocated to consumption measures instead of initiatives that grow the economy. In 2020 alone, the government expects to spend almost 60% of tax revenue (42% in 2019) on paying 1.2 million public servants – just 2.2% of the population.

The Public Servants’ Association (PSA), which represents about 240,000 public sector workers, wants to table a more than 5% increase in 2021/22 for workers in the low- to middle-income categories. For this category of workers, the PSA has set wage increases at consumer price inflation (CPI or inflation, which the trade union expects to be 3.3% in 2021) plus 2%. Meanwhile, higher-income workers would either get wage increases that are only linked to inflation or a wage freeze in some cases.

Any wage increase for public sector workers – including nurses, teachers, doctors, police and correctional services officers – would undermine the government’s three-year plan to cut expenditure to reach a surplus and stabilise debt at 87.4% of gross domestic product.

Another union weighs in

Other trade unions are still having internal discussions about their desired wage increases.  The South African Democratic Teachers’ Union (Sadtu) is one of the unions, with its general secretary, Mugwena Maluleke, saying the preferred wage increase will be based on expected inflation.

“The additional percentage on top of inflation will be up for debate with the economic section of our labour federation,” Maluleke told Business Maverick.

During previous wage talks at the Public Service Coordinating Bargaining Council, Maluleke was the chief negotiator for Cosatu-affiliated unions including Sadtu, the National Education, Health and Allied Workers’ Union, the Democratic Nursing Organisation of SA and the Police and Prisons Civil Rights Union.

The government and organised labour have been in a spat at the Labour Court in Johannesburg over wage increases for public sector workers under a three-year wage agreement that ends in 2020.  The government has reneged on its promise of giving public sector workers salary increases of between 4.3% and 5.4% – depending on their employment level and take-home pay – from 1 April 2020, because it is broke. If the labour court rules in favour of organised labour, the government will be on the hook for salary increases and back pay at an estimated R37.8-billion.

Maluleke said organised labour will continue to table its wage increase demand for 2021 even though the labour court dispute is ongoing.

Meanwhile, the PSA said it wants to table wage increase demands before the main February 2021 Budget, where additional tax revenue measures and government expenditure can be proposed. In doing so, the PSA wants to “influence the allocation of funds to afford public servants an increase”.

The PSA said it was aware that public finances had been severely affected by the Covid-19 pandemic, but it is not backing down on its demands.

“It is, therefore, important that a fair balance of needs be maintained to ensure that public servants can maintain their purchasing power in the face of soaring costs of food, water, electricity, fuel and transport. The PSA’s 2021/22 wage demand will, among others, focus on a real wage increase and various non-monetary items. These include remote working and the creation of childcare facilities at workplaces,” the union said.

Sadtu’s Maluleke said the union cannot be sympathetic to the government and its dire finances during the Covid-19 pandemic.

“Workers are faced with the Covid-19 reality every day at the workplace. Nurses, police, teachers are under pressure and working long hours. We cannot sympathise with a government that speaks with a forked tongue. It says it wants to deal with corruption, but it is not dealing with it. The government says it is serious about dealing with corruption, but it appoints incompetent people through cadre deployment and individuals who are stealing Covid-19 relief funds.” DM/BM