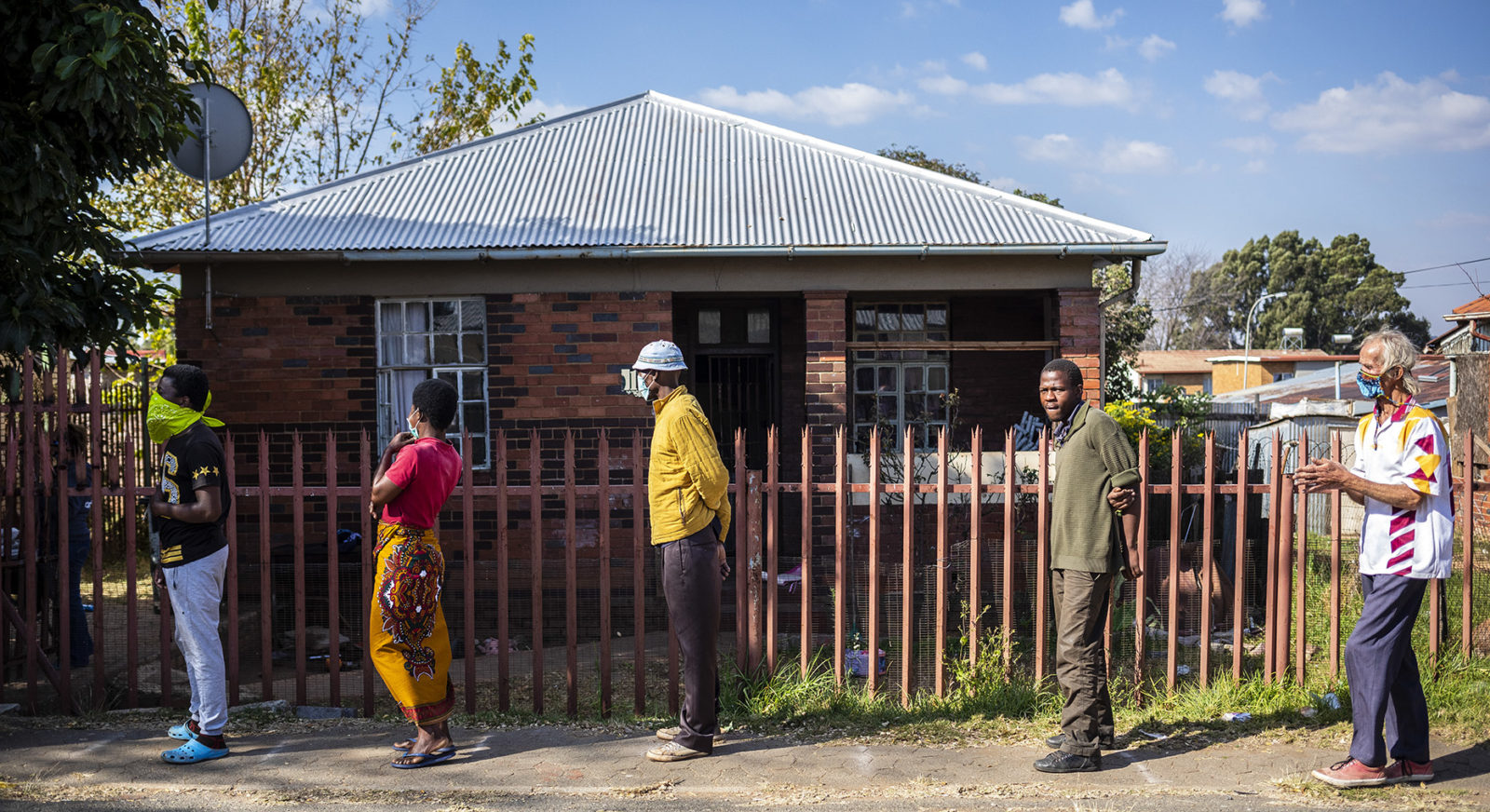 Whether it is due to youth, herd immunity or a lack of data, Africa’s low death rate from the coronavirus puzzles researchers.

Dire predictions of Africa being overwhelmed by a tsunami of Covid-19 infections and deaths have not materialised – yet – and this is confounding many researchers.

Whether the reason is the continent’s youthful population, a certain level of “herd immunity” gained from prior exposure to other coronaviruses, or simply a lack of adequate disease surveillance, experts are trying to understand the reasons.

In early August, when the continent recorded one million Covid-19 cases, Dr Matshidiso Moeti, the World Health Organisation’s regional director for Africa, described it as a “slow burn” on the continent – and that still seems to be the case as the world marks a full six months since the global health emergency was declared to be a “pandemic” by WHO.

Officially, Africa accounts for a mere 4% of the world’s cases and 3% of deaths, according to the latest statistics from the WHO. In contrast, Africa represents about 17% of the world’s population.

The rate of new infections has slowed in the continent’s worst-affected countries, including South Africa and Egypt. But on a more sober note, the pandemic is gaining momentum in some countries, notably Congo Brazzaville, Burundi, Central African Republic, Mali, Angola, Cameroon and South Sudan.

Scientists have warned against complacency, saying that a second wave is possible and that the continent’s health services could still easily be overwhelmed by Covid-19.

But two important studies point to Africa’s infection rate being much higher than the official figures.

In the first study, researchers tested the blood samples of Kenyan blood donors between the end of April and mid-May and found that 5.6% had SARS-CoV-2 antibodies. Almost 10% of donors in the popular Kenyan tourist town of Mombasa were positive. Yet, at the time, Kenya’s official figures stood at 2,093 cases and 71 deaths.

“This contrasts, by several orders of magnitude, with the numbers of cases and deaths reported in parts of Europe and America when seroprevalence was similar,” concluded the Kenyan researchers.

South African researchers told a media briefing that a whopping 40% of pregnant women, as well as people with HIV, who visited Cape Town’s public health facilities, had Sars-CoV-2 antibodies.

The samples were collected during the country’s pandemic peak in late July and early August from 2,700 people who had no symptoms and were simply at facilities for routine care, according to Professor Mary-Ann Davies, director of the University of Cape Town’s Centre for Infectious Disease Epidemiology and Research.

Meanwhile, the South African Medical Research Council, which conducts robust surveillance into mortality trends, recorded 41,424 “excess deaths” between 6 May and 25 August, in comparison to last year.

If the evidence of much higher infection rates is combined with these “excess deaths”, then South Africa’s pandemic trajectory is in line with global trends, according to Prof Andrew Boulle, a public health specialist with the Western Cape health department.

“Crudely, African and other poorer countries ought to have seen about a quarter of the mortality of Europe, given the same incidence and age-specific infection fatality ratios, because of the much younger populations,” says Boulle, who is also a public health medicine professor at the University of Cape Town.

Serology from overcrowded slums in South Africa and India shows that “seroprevalence is much, much higher than in Europe and North America”, says Boulle. This indicates that South Africa’s hospital cases are merely the tip of the infection iceberg.

“I have seen some articles questioning why Africa was not harder hit but, to be honest, I think lower morbidity and mortality was entirely predictable.”

In African countries with less rigorous mortality data, the true figure of Covid-19 deaths may never be known. There is anecdotal evidence that hospitals are filling up in Uganda, as well as reports of delays in tests and poor hospital infection control practices in a country that was once praised as a model for Covid-19 containment. Meanwhile, funerals have increased in places like Somalia.

Even so, given the global research community’s scrutiny and measures put in place to track diseases such as cholera, measles and Ebola, it is unlikely that African countries would be able to conceal abnormally high deaths over a long period.

So how is Africa keeping its hospital cases and deaths lower than predicted? There are a few popular theories.

The first is the relative youth of Africans. Around 60% of Africa’s population is under the age of 25, and only 3% of people living in sub-Saharan Africa are over the age of 65. In contrast, more than 20% of the Italian and French populations are over this age, and this is where the greatest number of deaths have occurred globally.

So while there are likely to be many more cases than recorded, a high proportion of people infected would have few symptoms and could recover without treatment, simply because of their age.

The second is that some regions or communities already may have developed some kind of “herd immunity” thanks to earlier exposure to other coronaviruses such as the common cold.

Prof Shabir Madhi, head of vaccinology at the University of the Witwatersrand, has posited this idea at various times, including at a symposium hosted by his university and Columbia University last week.

Referring to the Cape Town study where 40% of people were seropositive, Madhi said that “there was a huge infection rate in urban areas and a quarter of those who tested positive for the virus were completely asymptomatic”.

“One of the factors why so many people are asymptomatic is that there may be some herd immunity underpinning the response, possibly as a result of people being exposed to other common cold coronaviruses over two or three years,” said Madhi.

Prof Marc Mendelson is head of infectious diseases at the University of Cape Town and oversees the Covid-19 response at Groote Schuur Hospital, which was at the epicentre of South Africa’s pandemic about six weeks back. He says the country’s true infections are “probably somewhere in the region of six to 15 million”.

“Why South Africa was better off than expected is still in the realms of hypothesis,” adds Mendelson. “I think it is a combination of factors. My top three most likely factors are cross-immunity relating to pre-existing infections with humbler coronaviruses; younger age of the population, meaning that less mortality and more asymptomatic or paucisymptomatic cases, (most of which would have been undocumented); and high transmission rates in high-density areas, which drove herd immunity, while compliance with social distancing, masks, and hand hygiene reduced transmission in low-density areas.”

He added that these factors may apply to other African countries, but there were also “a number of unknowns”, including a lack of testing and laboratory capability.

Scott Dowell, an infectious diseases specialist at the Bill and Melinda Gates Foundation, believes there are “several reasons for why the impact is so low in Africa”.

“The first is that African leaders identified Covid-19 early and their response was robust and quick,” Dowell told the Columbia-Wits symposium. “Then there is age. Very few Africans are over the age of 65, relative to other parts of the world. More than 50% of Africans are between the ages of five and 25 and at low risk of mortality.”

However, Dowell’s final reason was “the 50-fold lower rate of testing” on the continent due to lack of tests and restrictions on who can get tested – meaning that many more cases of infection, and by implication deaths, are being caught and tracked.

Prof Abdool Karim, the lead scientist advising the South African government on the pandemic, said in a recent radio interview that the early hard lockdowns and the relative youth of Africans had slowed the pandemic.

But Resolve continues: “Conversely, larger households, high rates of malnutrition, high rates of infectious diseases and other factors may lead to additional burden in comparison to other regions.

“The balance of these factors will drive trends in the number of people who become sick and the number who die, regardless of whether disease surveillance is optimal.”

Boulle says given higher death rates from other illnesses – tuberculosis and HIV in South Africa – “it is possible that the mortality experience due to Covid-19 is less noteworthy and probably largely undocumented”.

However, while the “slow burn” development of the pandemic might be less immediately devastating, it will require sustained resources over a longer period. There is also a high risk of health worker fatigue. DM/MC