The coup in Mali and the intelligence fiascos of Ecowas...

The coup in Mali and the intelligence fiascos of Ecowas, the AU, the UN and France 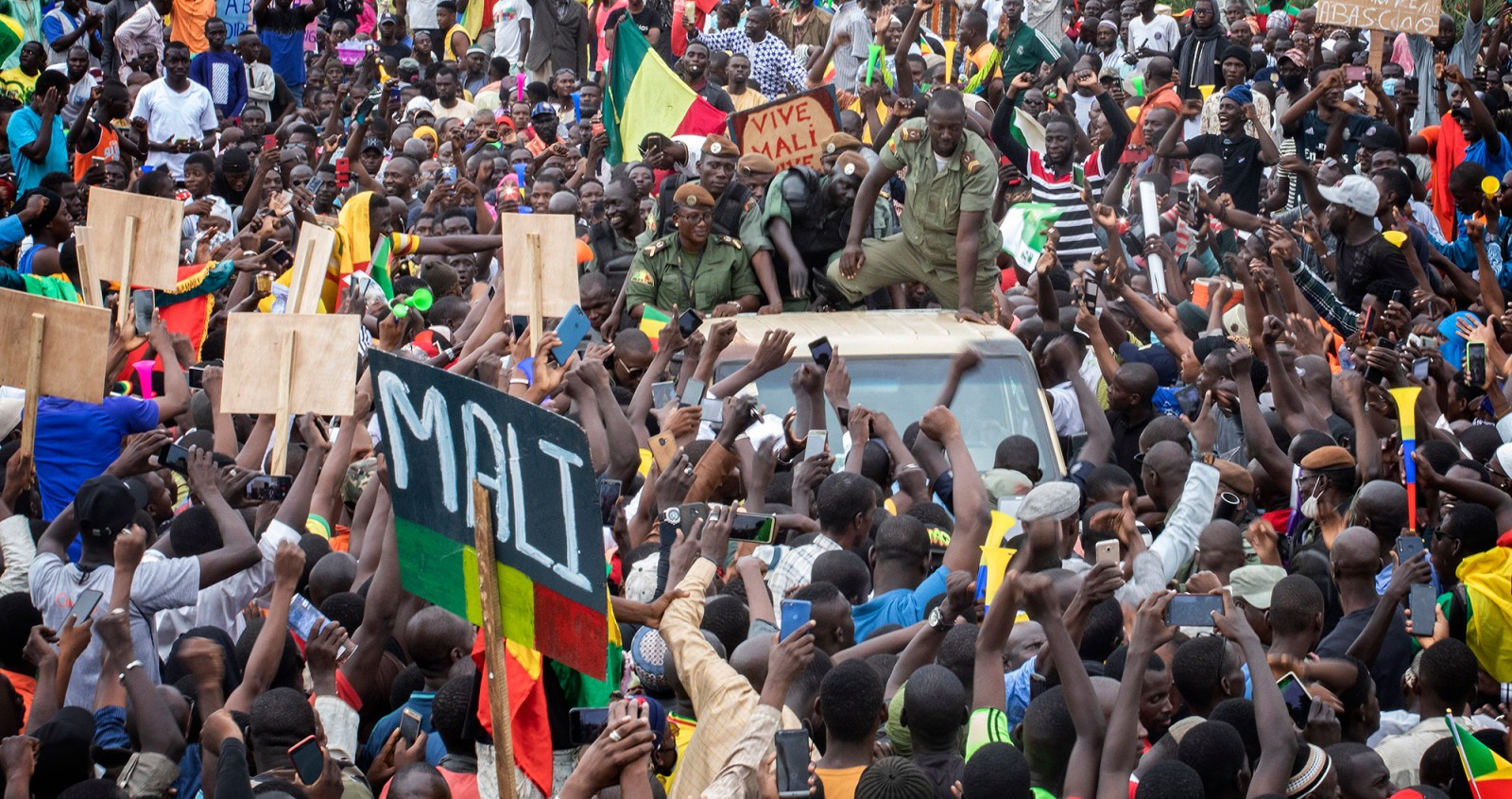 Addressing violence against women in Mali will require more than a law. (Photo: EPA-EFE/H.DIAKITE)

The military in Mali might not have staged a coup if Ecowas or the AU had shown more commitment to effective governance in its member states. And what happened to intelligence gathering in African security regionalism? Why did the UN or the French in Mali fail to pick up a hint of the coup? What happened to Ecowas’ or the AU’s early-warning system?

On 18 August 2020, the Malian military – led by Colonel Assimi Goïta – struck, overthrowing the elected president, Ibrahim Boubacar Keïta, and the Prime Minister Boubou Cissé, from office. Both leaders were forced to publicly announce their resignations.

The fourth coup in Mali’s post-colonial history shocked its neighbouring countries and the international community. Of immediate concern were the implications of the putsch for the security of the Sahel region: an area stretching from Mali to Chad.

African multilateral institutions – the Economic Community of West African States (Ecowas) and the African Union (AU) – suspended Mali’s membership; the French, British and German governments condemned the coup and reiterated their commitments to the Sahel security project: a region they had labelled a “great threat” and “security challenge” to both Africa and Europe. The coup has the potential to increase the volatility of the region and plunge Mali into deeper insecurity and serious humanitarian crisis.

President Keïta ascended to power in 2013 and was re-elected for a five-year second term in 2018. His government was confronted with corruption, armed insurrection, cultural-fuelled conflict and instability, while poverty remained on the rise. However, the mass protests in the past couple of months were ignited by a Constitutional Court decision to overturn some results in recent legislative elections, giving Keïta’s party, the Rally for Mali (RPM), the largest bloc in Parliament. He soon became unpopular among Malians, and pressure mounted against him.

The coalition of opposition groups and civil society organisations, under the auspices of the 5 June Movement – the Rally of Patriotic Forces (M5-RFP) – led a demonstration calling for the president’s resignation. In response, Keïta unleashed the Anti-Terrorist Special Forces (Forsat) on the demonstrators, which resulted in the death of 14 Malians in July. Malians were unmoved by Keïta’s statement after the coup, that he had resigned to avert bloodshed, because his government had already shot and killed 14 protesters.

However, Ecowas and the international community initially insisted on Keïta’s immediate return to power in the spirit of “comradeship”, and to prevent prospective negative implications to the Sahel region. Ecowas leaders had supported Keïta’s push against the rebel groups in northern Mali with links to the Islamic State of Iraq and the Levant (Isil) and al-Qaeda, led by the Malian army and a 15,209-strong United Nations (UN) peacekeeping mission. The French-led troops in Mali, fighting against the rebels, were in favour of an immediate return to civil rule. The Ecowas team later demanded power transition within a year, but the Goïta-led National Committee for the Salvation of the People insisted on a three-year stay in power.

The junta’s promise to return power within a “reasonable time” is very suspicious. However, Mali’s fiercest opposition and the international community, led by Ecowas, want a speedy military disengagement.

Ecowas has imposed sanctions on Mali, including a ban on trade and a cut in financial flows. Neighbouring countries have closed their borders in protest. Will the military “boys” be moved by these moves? The sanctions will undoubtedly increase the economic strains on Malians and the financial implications of a protracted stalemate will be dire — 35.6% of all Malian imports come from countries within the West African Monetary Union (Wamu) such as Côte d’Ivoire, Burkina Faso and Senegal.

While it is still too early to assess the popular strength of the regime, the new junta has not been winning in initial confrontations with the armed groups that have laid siege to Mali. Reportedly, 18 Malian soldiers have been killed in three attacks since the coup. The junta seems too focused on power consolidation in the capital of Bamako, to the detriment of combating terrorism in other parts of Mali.

Ecowas leaders meeting in Niger this month vehemently maintained that a civilian Head of Transition and a prime minister had to be appointed by the military regime in not more than a week.

But the military might not have struck if Ecowas or the AU had shown more commitment to effective governance in member states such as Mali. One might have wondered why the UN or French personnel in Mali failed to pick up a hint of the coup. What happened to Ecowas or the AU’s early warning system? What is the position with regard to intelligence gathering in African security regionalism?

In Africa, multilateral interventions are often too late. Indeed, former Nigerian president Goodluck Jonathan’s Ecowas-inspired mediation team was too late to intervene in the mounting pressures against Keïta.

According to a recent survey of 925 Malians in Bamako, an estimated 81% supported the junta and were disdainful of Ecowas’ sanctions. This is not a surprise. The subregional body has the herculean task of wooing Malians to its side. One of the criticisms against it has been its disconnection with the 385 million citizens of member states. Ecowas is still widely seen as the organisation for regional political elites.

The junta’s promise to return power within a “reasonable time” is very suspicious. However, Mali’s fiercest opposition and the international community, led by Ecowas, want a speedy military disengagement. Civil society and leaders of the M5-RFP coalition are beginning to accuse the military junta of exclusivity. Things are beginning to fall apart. The rebels are getting the better of the military, while food shortages, political uncertainty, Covid-19 and diplomatic ostracism are becoming increasingly harsh realities for the junta.

What is the fate of Malians? Can Ecowas be taken seriously? Military rule cannot be an acceptable solution to the Malian crisis. Ecowas and the international community should be willing to use both “soft” and “hard” power to return the military to their barracks. Colonel Goïta should be motivated to focus on defending the territorial integrity of Mali and protecting Malians from terrorism. Malians should be more wary about trusting the military junta, as soldiers often tend to become worse than the governments they overthrew. DM

Dr Adeoye O Akinola is a Senior Researcher at the University of Johannesburg’s Institute for Pan-African Thought and Conversation.