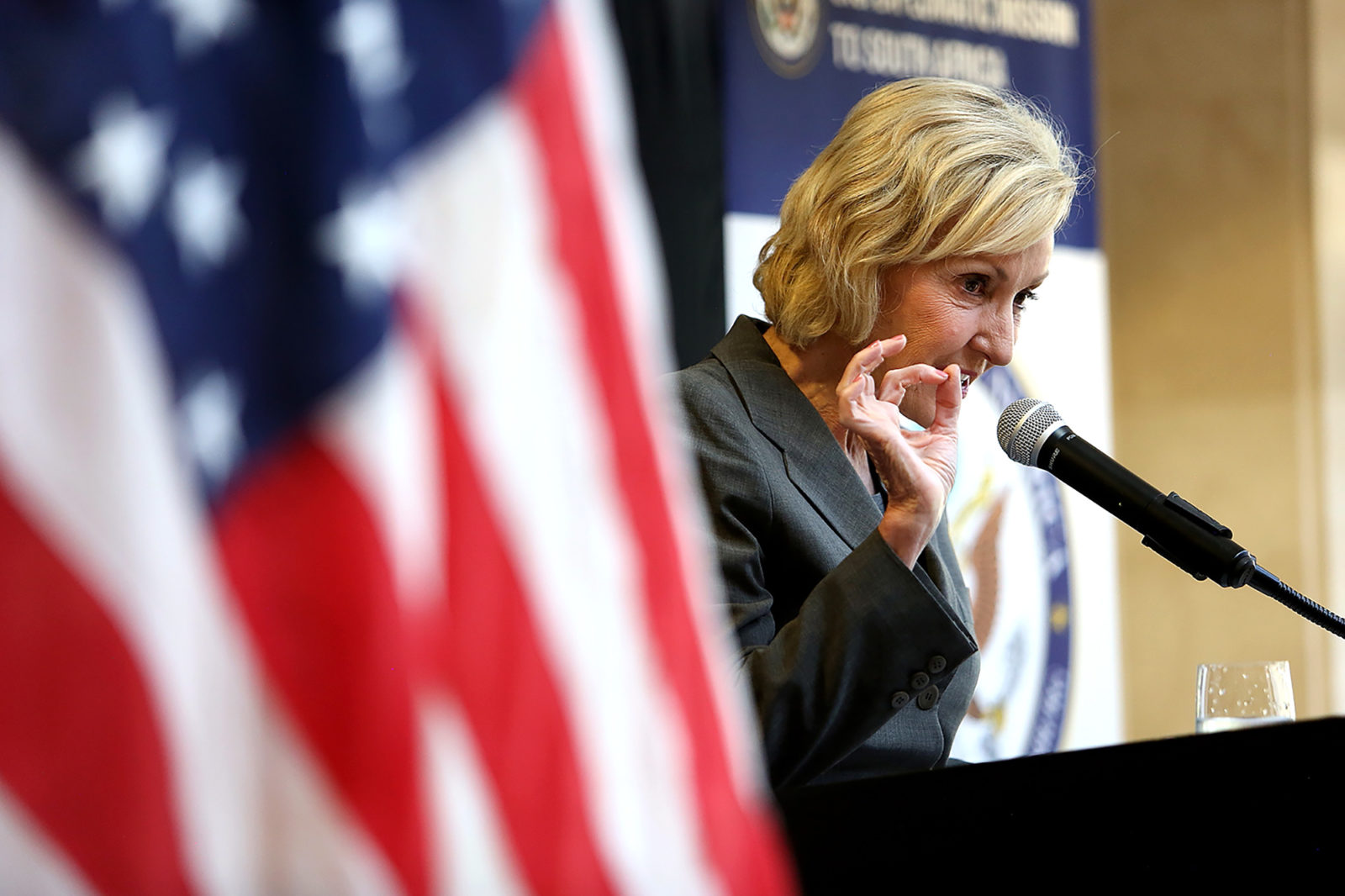 South African intelligence does not think there is a ‘discernible threat’ by Iran to assassinate the US ambassador to South Africa, as US intelligence agencies are reported to believe. Some analysts say that the news of the alleged plot is a ploy by US President Donald Trump to help him win re-election on 3 November.

According to a report in the US journal Politico, quoting two anonymous US officials, Tehran has contemplated killing ambassador Lana Marks to avenge America’s assassination in January of top Iranian General Qassem Soleimani, head of the country’s crack Quds Force — a unit of Iran’s Islamic Revolutionary Guards Corps.

“If carried out, it could dramatically ratchet up already serious tensions between the US and Iran and create enormous pressure on (US President Donald) Trump to strike back — possibly in the middle of a tense election season,” Politico says.

It adds that the US intelligence report is not clear why the South African-born Marks would be Iran’s target for revenge, except that she is a close friend of Trump’s and a member of his exclusive Mar-a-Lago resort club in Florida. Marks made her fortune by designing and selling expensive fashion handbags and had no diplomatic or political experience before Trump appointed her as ambassador to Pretoria last October.

The intelligence report added, though, that the Iranian government also operated clandestine networks in South Africa and might have considered Marks an easier target than US diplomats in other parts of the world, such as Western Europe, where the US had stronger relationships with local law enforcement and intelligence services.

The US embassy in Pretoria has so far declined to comment on the reported plans to assassinate Marks. Tehran has strongly denied them. South African Minister of State Security Ayanda Dlodlo said the matter was “receiving the necessary attention” and that the State Security Agency (SSA) was “interacting with all relevant partners both in the country and abroad, to ensure that no harm will be suffered by the US Ambassador, including any other Diplomatic Officials inside the borders of our country.”

However, an informed intelligence source told Daily Maverick that although the “matter has been taken seriously… as we approach all such threats, specifically, there appears to be, from our perspective, no discernible threat. Least of all from the source that it purports to emanate from.

There was “no evidence or indicator”, the source said, so the plot was “not likely to be real”. The “associations made are not sustainable on any level but all precautions will be put in place”.

The source suggested this was an instance of the “tail wagging the dog”, of the Trump administration wielding a “weapon of mass distraction” to divert attention from its failures in the election campaign running up to President Donald Trump’s re-election bid on November 3.

The spokesperson for the Iranian ministry of foreign affairs, Saeed Khatibzadeh, strongly denied the allegation in the Politico report which he called “hackneyed and worn-out… anti-Iran propaganda”.

He said in a statement it was the US and not Iran which had “become a rogue regime in the international arena, particularly in recent years, with numerous measures out of line with internationally accepted methods and norms, including masterminding and implementing tens of plots for assassination and military and intelligence interference, withdrawal from many international agreements, violating the territorial integrity of nations, and the cowardly assassination of General Qassem Soleimani, the honourable commander of the fight against terrorism”.

“It was predictable that the United States regime would resort to anti-Iran accusations and falsification ahead of the US presidential election, coupled with that (US) regime’s pressures to abuse the United Nations Security Council’s mechanisms with the purpose of intensifying pressure on the people of Iran.”

Nonetheless, Stremlau said on reflection, it was unlikely that the assassination plot was a mere thumbsuck by US intelligence agencies, though he also felt that there was probably lots of room for interpretation in their analysis.

Jakkie Cilliers, chairperson of the Pretoria-based Institute for Security Studies, also linked the allegation to the November election and advised Tehran against doing anything to provoke Trump.

“If I were Iran I would be careful. Trump will do ANYTHING to get elected and if he can find an excuse to start a war and gather people around the flag he will do it. They would be foolish to offer him that opportunity.”

John Stremlau, honorary professor of international relations at Wits University, cautioned that it was impossible to interpret the Politico story properly without much more information from the three countries concerned. He noted, nonetheless, that, “You can’t trust anything Trump does… he will do anything to serve his narcissistic interests and he has so politicised the intelligence and security agencies.”

Nonetheless, Stremlau said on reflection, it was unlikely that the assassination plot was a mere thumbsuck by US intelligence agencies, though he also felt that there was probably lots of room for interpretation in their analysis.

The intelligence agencies would have been tracking Iran closely since the assassination of Soleimani to try to identify a likely target for an expected revenge attack. Marks might have seemed like a possible candidate because of her close friendship with Trump, including her membership of Mar-a-Lago resort, as the Politico story had also speculated.

But Stremlau said Marks could have been just one possible target among several US ambassadors abroad and he doubted that Tehran would have chosen the US ambassador in South Africa as its target.

“Would Iran want to hurt its relations with South Africa by doing this here? I don’t think so and that would have — excuse the pun — trumped all other considerations.”

Stremlau said he did not think the plot was an election ploy as the issues which were likely to sway voters in US swing states were all domestic and had nothing to do with a foreign issue such as the conflict with Iran. He thought it was also unlikely that Trump would launch a pre-emptive retaliatory attack.

Greg Mills, director of the Brenthurst Foundation said he was not sure what the alleged assassination plot would do for Trump’s re-election chances.

“But if true, should alter the tone if not the trajectory of SA-Iran relations — though the default of SA foreign policy tends to be toward radical rhetoric rather than principled pragmatism,” Mills said. DM