A humane solution is needed to solve the Kataza ‘problem’ 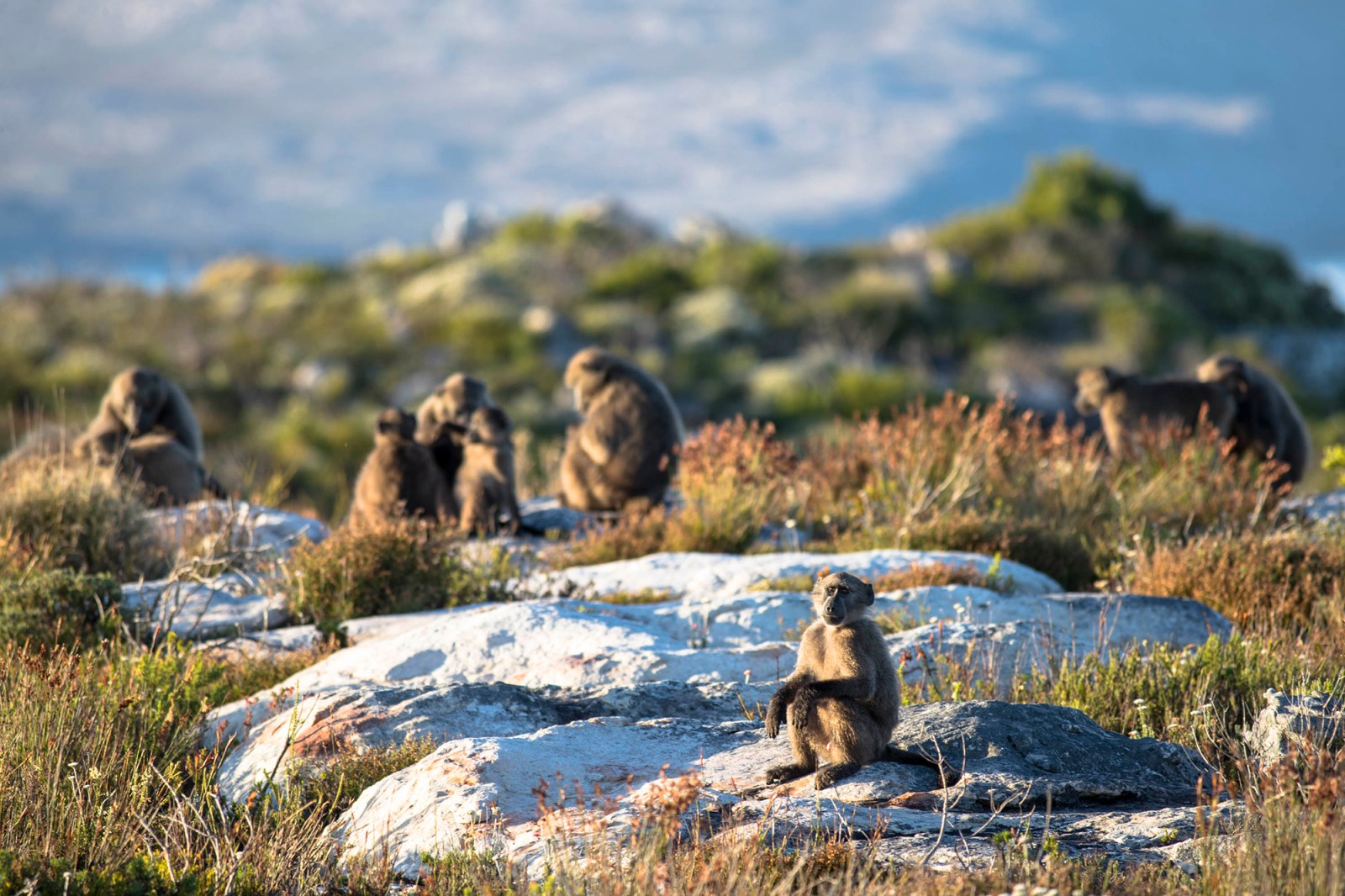 The baboon named ‘Kataza’ has been in the news recently as animal rights groups protest against his removal from Cape Town’s Kommetjie area to Tokai. Stefania Falcon, writing on behalf of the Wildlife Animal Protection Forum South Africa, says that an ‘emergency, compassionate’ solution must be found.

I write in response to the article by Rebecca Davis, published by Daily Maverick on 10 September 2020, #BringBackKataza: How the Cape went ape over a single baboon.

“Kataza”, a southern chacma baboon, was forcibly removed from the Slangkop troop, his family, in Kommetjie about two weeks ago. He was dropped off more than 20km away on the urban edge of Tokai.

Before 2012, baboon monitors had worked closely with conservationists, but they were replaced by Human Wildlife Solutions (HWS), whose methods of management have included the use of pain-inducing paintball guns as a deterrent.

World-renowned primatologist Dame Jane Goodall has been outspoken and critical of methodologies that are “aggressive, painful and militaristic”. According to recent reports, HWS has now lost its annual R14-million baboon management contract with the City of Cape Town.

During Kataza’s absence from the Slangkop troop, the alpha male, “George”, has killed at least one of Kataza’s offspring. According to Dr Andrew King, an associate professor at Swansea University in the United Kingdom, George is adopting a clever evolutionary strategy: with no infants to care for, the infants’ mother stops lactating and becomes ready to conceive. Kataza, King notes, did not leave the troop of his own accord, he was “dispersed of”.

Meanwhile, Kataza has been refused veterinary assessment from the wildlife division of the Cape of Good Hope SPCA even though he is showing signs of exhaustion, distress and confusion as he tries in vain to return to his troop in Kommetjie.

The Wildlife Animal Protection Forum South Africa consists of experts from the scientific, conservation, legal, welfare, animal rights, tourism, social justice and public advocacy sectors. The forum believes the enormous public concern about the pitiless forced removal and relocation of Kataza has become the tipping point for many conservationists and concerned citizens. Not only are they worried about the wellbeing of this individual baboon, but he has become a symbol of all that is wrong with the callous style in which the baboons of the Western Cape are treated by the authorities.

The planet’s wildlife is in a precipitous decline: Sir David Attenborough has warned that children born today will witness the sixth mass extinction. Our extractive and unempathetic relationship with nature needs to be urgently readdressed. Baboons play a crucial role in preserving the biodiversity of the Cape Floral Kingdom and many residents of the Western Cape feel fortunate to be able to enjoy having baboons as neighbours. The City of Cape Town, though, and some residents seem to have lost sight of the fact that many homes are in fact situated on the edges of nature reserves and the rights of baboons should therefore be protected. There is unanimous agreement, on all sides of the debate, that irresponsible household and municipal waste management is one of the biggest causes of conflict between humans and baboons.

Primatologist Professor Shirley Strum has stated that garbage and human food attracts baboons, which is the source of much conflict between people and animals. “It is important to find ways to convince people to dispose of their refuse properly and to use the baboon-proof bins correctly,” she said. “It needs a serious PR campaign and then some enforcement and penalties to motivate people to act right… it would be a shame if they [the baboons] died out because of bad human behaviour.”

A recent paper in Science, titled “Engage with animal welfare in conservation”, argues that conservationists should be concerned not only about the persistence of animal species and populations, but about the welfare of individual animals.

Professor David Bilchitz of the South African Institute for Advanced Constitutional Public and Human Rights and International Law has also argued that to save a species from extinction, we need an integrative approach that recognises the intrinsic value and promotes the respect for the individual non-human animal.

Jenni Trethowan, the founder of Baboon Matters, has spent 30 years working with baboons. She has developed non-lethal management techniques with the guidance of primatologists Dave Gaynor and Ruth Kansky. It has been shown that using the intimate knowledge gained by studying the individual behaviours of the troop and traditional herding techniques will achieve the desired goal of a harmonious coexistence when baboons encroach on humans.

The forum has communicated with Western Cape MEC Anton Bredell, who has confirmed that the Ministry of Local Government, Environmental Affairs and Development Planning, as well as CapeNature, will be organising a workshop to discuss scientific research and animal protection principles that will underpin the protocols for the treatment of baboons and their coexistence with their human counterparts. The forum believes that through collaboration, transparency, dialogue, best science and a more humane, ethical and respectful approach, both humans and baboons will benefit.

The unacceptable and disruptive treatment of Kataza demands immediate intervention. Lawyers acting for Baboon Matters have requested an emergency, compassionate solution for Kataza to save his life. The wildlife division of the Cape of Good Hope SPCA supports this request. DM