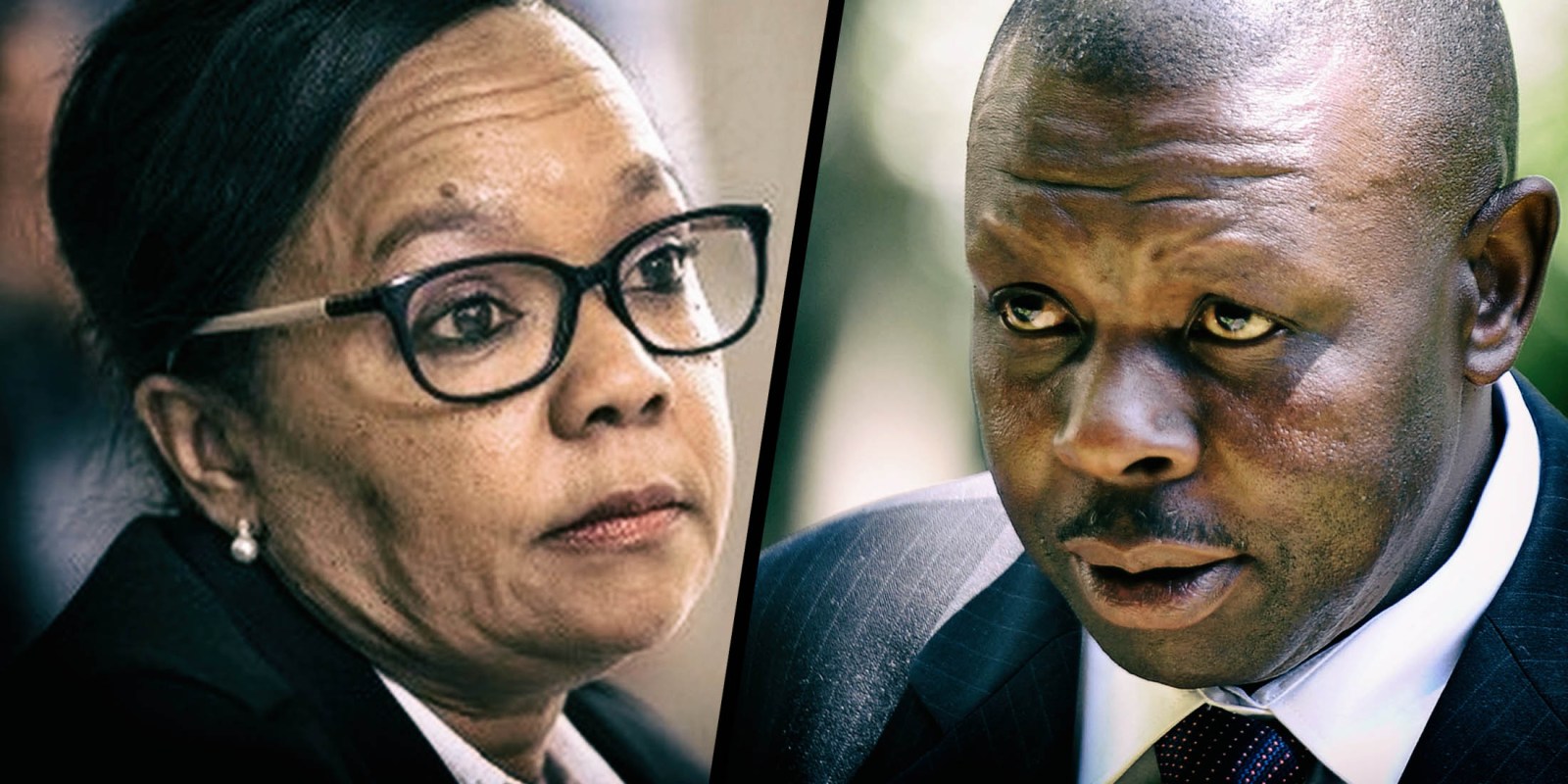 Western Cape Judge President John Hlophe has called for a judicial commission of inquiry into circumstances which led to an investigation and a subsequent report into his role in an alleged plot to kill his deputy, Patricia Goliath.

A statement issued on Friday by Judge Hlophe’s lawyer, Barnabas Xulu, undertook “to participate fully in this judicial commission of inquiry to assist in getting to the bottom of this corrupt attack on him and ultimately on judicial independence”.

Xulu said the whistleblower – currently in prison – was “an alleged snitch” who had a motive for lying. He added that investigators initially sent by the Judicial Services Committee had suggested “he [the whistleblower] was being used by Goliath”.

Xulu added that Department of Correctional Services officials had confirmed to him that the informant was “a troublemaker and that DCS has many problems with him”.

The informant, added Xulu, was being held for “intimidation, defeating the ends of justice and extortion”.

“To be very clear, Judge President (Hlophe) has never been involved in any actions that could even remotely justify the defamatory and unfortunate insinuations in the report of the JICS,” said Xulu.

Xulu said that two JSC officials had initially been sent to investigate the alleged plot and that they had “disbelieved the informant and warned ‘X’ not to speak to him again”.

Read the full response by Hlophe’s lawyer here (Note: the issue date is 11 September, not 6 September):

Speaking to journalist Stephen Grootes on Newsnight on 10 September 2020, Judge Edwin Cameron, Inspecting Judge for Correctional Services, confirmed that his office had been approached by Patricia Goliath after she received a tip-off about the alleged assassination plot.

“We held an investigation. I sent two straight-as-arrows senior members of my executive down, and I trust their integrity and their good sense and their good judgement as well,” said Cameron.

The team had concluded that it “seemed the man they interviewed was telling the truth about what was said to him and what he overheard”.

The Inspectorate had “done its job”, he said, and the report had been handed to “a very limited number of people”.

Xulu’s statement reveals that two investigations took place; one by the JSC and another by JICS.

He continued that his client “has never met or spoken to any of the persons referred to in the report, either in person or by any proxy anywhere”.

Had the compilers of the JISC report given Hlophe an opportunity to comment on these allegations, said Xulu, “such a reasonable step would have prevented the publication and leaking of a report whose defamatory contents is extravagant and far reaching”.

“The failure of the JICS to afford Judge President Hlophe the opportunity to engage with these allegations prior to their publication, combined with the leaking of the report, give no other impression than that of a malicious plot to manufacture malignant lies about him.”

Until a media inquiry was sent to his office from the Daily Maverick, “Judge President Hlophe was unaware that such despicable, heinous and false allegations have been made in a JICS report, and leaked to a journalist whose interest in his activities appears to be aimed at manufacturing outrage by perpetrating malignant lies about him.”

In the statement, Xulu said the Chief Justice had, on 3 July 2020, given “a ruling in terms whereby he referred the complaint of Goliath DJP against the Judge President to the Judicial Conduct Tribunal”.

“We noted an appeal against that ruling on 3 August 2020. In his ruling Mogoeng CJ made reference to violence or abuse against women. This was however not contained in the papers before him.”

Xulu accused Mogoeng of being “influenced by these reports of fake allegations of an assassination plot by Goliath DJP”.

“The brief context in which these allegations have been made is important to reflect in order to appreciate Judge President’s anxious position,” added Xulu.

That complaint had been launched “through the normal procedures of the JSC”.

“The Chief Justice’s receipt of the further report involving allegations that Judge President Hlophe has plotted to kill Goliath DJP followed by his decision to beef up her security, and followed by an adverse ruling, requires a proper investigation into how these complaints have been adjudicated.”

“We have reflected with Judge President Hlophe on the implications of these malicious reports about him and can only emphasise the gravity of the allegations – not only for him as the person falsely implicated in the reports – but for judicial independence and the integrity of the judicial office.”

Given the gravity of the allegations, said Xulu, Hlophe called for a “swift public and transparent investigation of the issues by a judicial commission of inquiry”.

“Judge President undertakes to participate fully in this judicial commission of inquiry to assist in getting to the bottom of this corrupt attack on him and ultimately on judicial independence.”

Xulu said the JICS report was “deeply flawed and malicious, and lacking in authenticity and professionalism.

“The report, to the extent that it insinuates that there is any credibility in the untruthful reports about him, is highly defamatory, dangerous and designed solely to tarnish his reputation.”

He said Hlophe “had never been involved in any actions that could even remotely justify the defamatory and unfortunate insinuations in the report of the JICS”.

He had also not “met or spoken to any of the persons referred to in the report, either in person or by any proxy anywhere”.

The allegations that Hlophe had been “involved in any criminal activities, including the hiring of assassins to kill the Deputy Judge President, are false”.

Xulu said the whistleblower’s motive was that he wanted to be granted bail so “he could attend his trial while at home”.

He said investigators had “insinuated” that the whistleblower “was making up the story and being used by Judge Goliath”.

The informant, said Xulu, had admitted “that he was lying about the allegations because he wanted money”.

The JICS report, said Xulu, mentioned that a report had been made to Sello Chiloane of the Judicial Services Commission, which is chaired by Chief Justice Mogoeng.

Following that report, two officials, “who’s status is unknown to Judge President Hlophe, were sent to investigate the alleged plot”.

“These officials are said to have disbelieved the so-called informant and warned the said ‘X’ not to speak to him again.”

Xulu said a report dated 9 September 2020 had been published in the Witness and by News24, titled: “Judge Goliath assassination ‘plot’: ‘Mastermind’ of high-profile KZN killing fingered as ‘hitman’”.

The stories had quoted a “senior official” at the prison who had rubbished the claims.

Given that the allegations implicated Hlophe’s fitness for office, “the Judge President urges the Judicial Services Commission to investigate these allegations with a view to determining issues relevant to its jurisdiction.”

“Judge President will cooperate fully with all investigations but calls for such investigations to be public and transparent – as opposed to being private,” said Xulu.