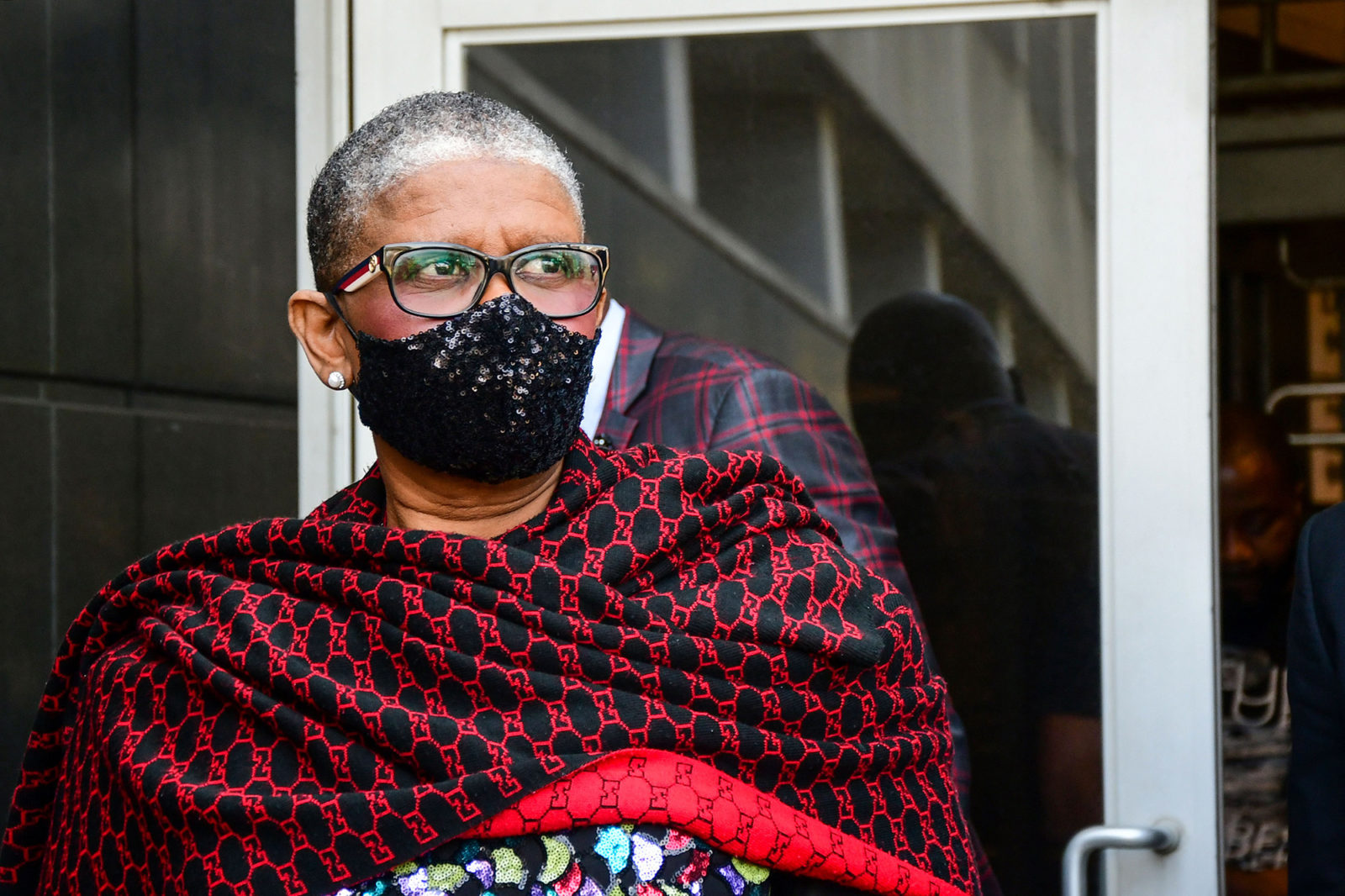 Former eThekwini Mayor Zandile Gumede leaves Durban Commercial Crimes Court on September 10, 2020 in Durban, South Africa. It is reported that Gumede and her co-accused stand accused of alleged corruption over a 2017 Durban Solid Waste (DSW) tender. It is alleged they pocketed kickbacks, amongst other accusations. (Photo by Gallo Images/Darren Stewart)

The state on Thursday 10 September was granted a three-month postponement in the graft case against former eThekwini mayor and current KZN MPL Zandile Gumede and 16 others, to finalise a forensic audit report into dodgy contracts involving Durban Solid Waste (DSW) that have ballooned to R430 million since the probe started.

Zandile Gumede, who was charged in May 2019, is accused of, among other things, influencing the awarding of the contracts.

Gumede is currently out on R50,000 bail, and appeared in person at the Durban Commercial Crimes Court. Her co-accused were also present, barring one.

Senior State Advocate Ashika Lucken told the court that the investigations were near completion and that they were satisfied that they could “take this matter to the next stage of criminal proceedings”.

“There have been various interactions with the heads of certain entities that are still to supply certain documents to the state, as well as statements that had to be taken from witnesses. These interactions have been ongoing,” said Lucken.

She said the state had requested bank statements, most of which were being submitted for the outstanding audit report.

“In the main, the submission is that most of the information required for the forensic auditor to bring the report to a state of completeness, is in the hands of investigators. Certain information is still coming through and there are positive responses to bank queries.”

Lucken said an eThekwini Municipal audit report, which already forms part of the evidence to be presented to the court, revealed there were multiple irregularities that occurred during Gumede’s term as mayor.

Justifying the State seeking the postponement to magistrate Dawn Somaroo, Lucken told the court that its forensic audit report was likely to be 350,000 pages.

At the previous appearance in July, Advocate Jay Naidoo, representing Gumede, had told the court that if the state was not ready to proceed on Thursday 10 September, he would apply to have the matter struck from the roll due to “unreasonable delays”.

Lucken addressed this issue of the application to provisionally withdraw charges.

“The court will remember on the last occasion Jay Naidoo gave verbal notice to the state of its intention for a 342A application … at that point when the state was arguing the point for further investigation. The state details that what hampered everything was the Covid-19 crisis. We are not going back to that argument. It is on record.”

However, Somaroo told the prosecution that if the forensic audit report was not ready by December, the defence lawyers must be informed and that this could be used as a basis to hear argument for whether the matter should be struck from the roll. The matter is to be heard again on 10 December.

Gumede was removed as mayor in August 2019 on the grounds of “poor performance” but remained a Proportional Representative councillor in the eThekwini Municipality.

Last month, she was sworn in as a member of the provincial legislature. However, she has since been told to “step aside” from this position – and as a member of the ANC eThekwini Region task team – as the party tries to mop up in the wake of multiple scandals.

Her positions will be reconsidered once she has stated her case before the ANC’s Integrity Commission, according to the party.

While on special leave, Gumede is still drawing a salary of about R1.1-million annually for MPL duties that she is no longer performing. DM