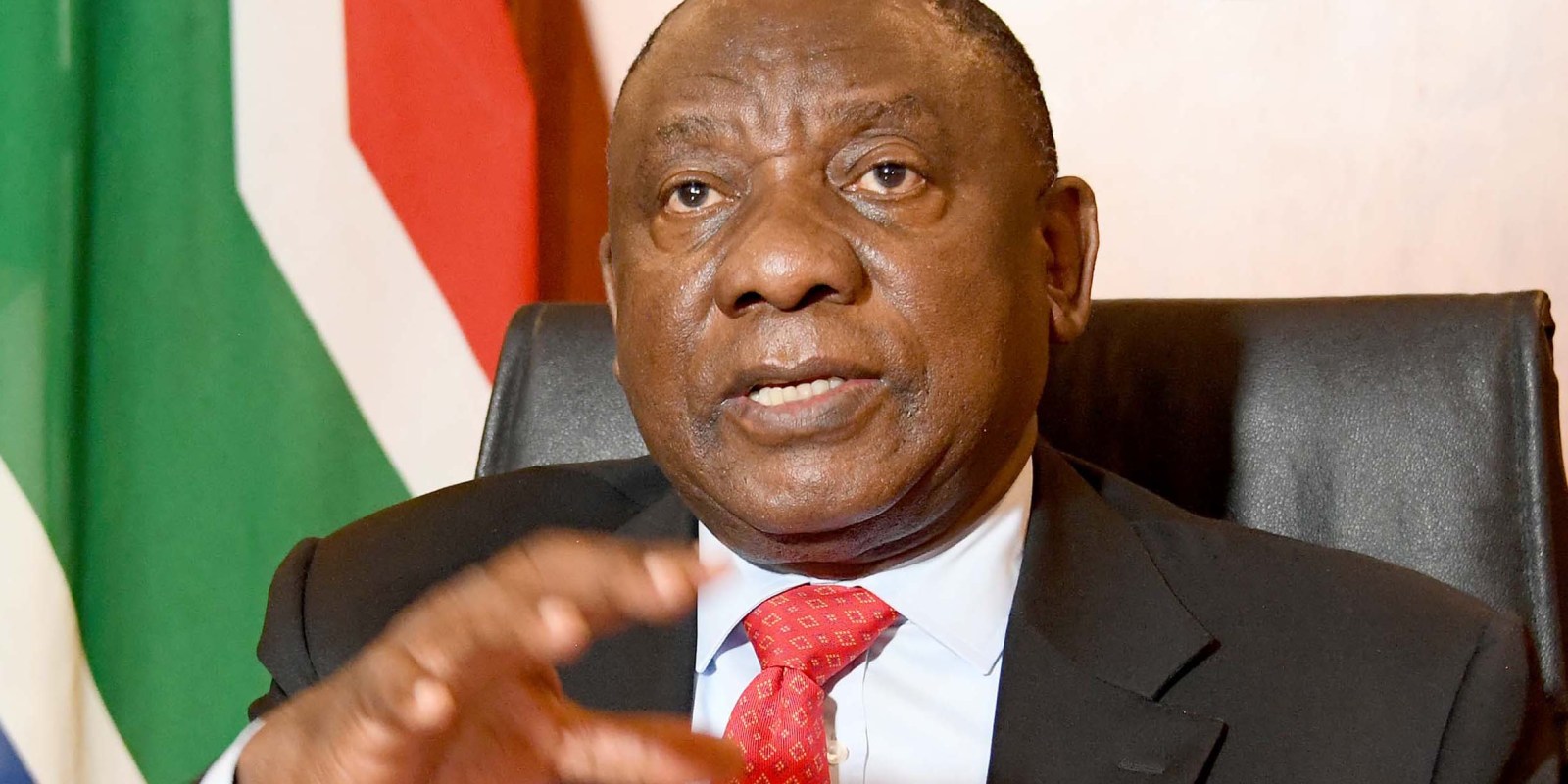 Describing the economy as ‘in a real terrible state’ and ‘wounded’, President Cyril Ramaphosa on Wednesday repeatedly emphasised how vital implementation and actionable plans were to South Africa’s pending economic recovery plan.

The economic recovery plan to haul South Africa out of recession worsened by the Covid-19 hard lockdown is being “panel beaten”. The National Economic Development and Labour Council (Nedlac) may have wanted more time, but the government, business and labour have a couple of weeks to thrash out the final plan.

“We have to move forward so we can put the plan to the nation… In the end, it is going to be our plan. All of us will have a role to play… We need to work together,” said President Cyril Ramaphosa in his interaction with the South African National Editors’ Forum (Sanef) on Wednesday evening.

Details were scarce, but candid on the funding.

“Where will the money come from? Government has largely run out of money. We’ll have to cobble the money together.”

It’s going to be private funding and public funding. But the government is severely constrained given high and rising debt levels and Tuesday’s whammy of the second-quarter GDP contraction by 51% on an annualised basis from the previous quarter. It’s a little less bruising, at 17.1% when compared with the same period in 2019, but still underscores South Africa’s overall economic slump.

Social compacting, cooperation and working together are a central theme of Ramaphosa’s presidency. But the slow pace, which the president defended in the interest of getting everyone’s ideas and input, has generated frustration – among South Africans and seemingly also the president.

“I know that the level of confidence of many people is pretty low because we have delayed in an inordinate manner. But we are facing a new area – implementation after implantation.”

Ramaphosa’s own impatience emerged over the neglect of infrastructure and the regulatory framework on power self-generation, but more so over failure to release spectrum.

Dating back almost to the start of his presidency, spectrum release is crucial to make available affordable broadband and boost internet and data connectivity. The process has been mired in delays and politicking over the composition of the regulator, the Independent Communications Authority of South Africa (Icasa).

“I am unhappy… with the delay,” said Ramaphosa, adding that he had spoken to Communications Minister Stella Ndabeni-Abrahams. “This must be speeded up. We cannot keep the economy in limbo for another six months…”

“I think it is scandalous that only R18-billion to R25-billion of the R200-billion, almost six months later, has been allocated. Government is willing to stand behind the money. We are not saying throw away the money, but we are saying allocate the money,” he said, calling for progressive disbursement to support small businesses.

Against all this, the Presidency is taking on a central role in coordinating the implementation of the economic recovery plan. Calling this a turn to a super presidency usually raises hackles in government, but on Wednesday the direction was clear.

“As we are now going to go into the (economic) recovery process we will focus on implementation. I want to see implementation and it will be directed from the president’s office.”

This central coordination is linked to another theme of the Ramaphosa presidency, improving and building the capacity of a state that has been weakened.

On the actual economic recovery plan in the making at Nedlac, Ramaphosa did not give away too much. What details emerged indicated little new or different government thinking.

Infrastructure featured, projects had been identified in all provinces, with some shovel-ready and others close to that. Mass employment programmes were central, now with money that has been secured to fund these.

That done and dusted, Ramaphosa repeated:

“Now we are saying implementation is the name of the game.”

Covid-19 was again touted to reset South Africa, or as a game changer. Previously, Ramaphosa raised this with regard to, for example, the legacy of improvements of hospitals directed by Covid-19 that would pave the way for the National Health Insurance.

This ties in with steps taken to make contracts public in the wake of public anger over the Covid-19 personal protective equipment tender scandal that benefited the politically connected.

“We must look at some silver linings… From now on when it comes to procurement we must have transparency, the kind of transparency that will enable our people to know the money they pay in taxes… what it’s being used for.”

At the same time an “intense focus” is underway to identify, detect and fight corruption, and for institutions to be strengthened to do their work without fear, favour or prejudice. Ramaphosa returned to the possible establishment of a Scorpions-type joint investigation and prosecution entity, as he had outlined in his recent Q&A in the House.

But “painstakingly putting things right” was not a straight move from point A to point B.

“There will continue to be those forces that resist the change and will want to put on the brakes. Those who have benefited from the state of incapacity or dysfunction would want to continue to benefit,” said Ramaphosa. “Our resolve is that we must bring about change. Sometimes it will move slowly, but it will gather momentum.”

Right now, as the economic recovery plan is being “panel beaten”, speculation is on a further easing of the Covid-19 lockdown.

Ramaphosa told Sanef the National Coronavirus Command Council is considering proposals from religious leaders, entertainers, tourism and others regarding the lockdown, alongside an evaluation of infection rates.

Confirming he would address the nation again next week, Ramaphosa simply said: “Watch this space”. DM