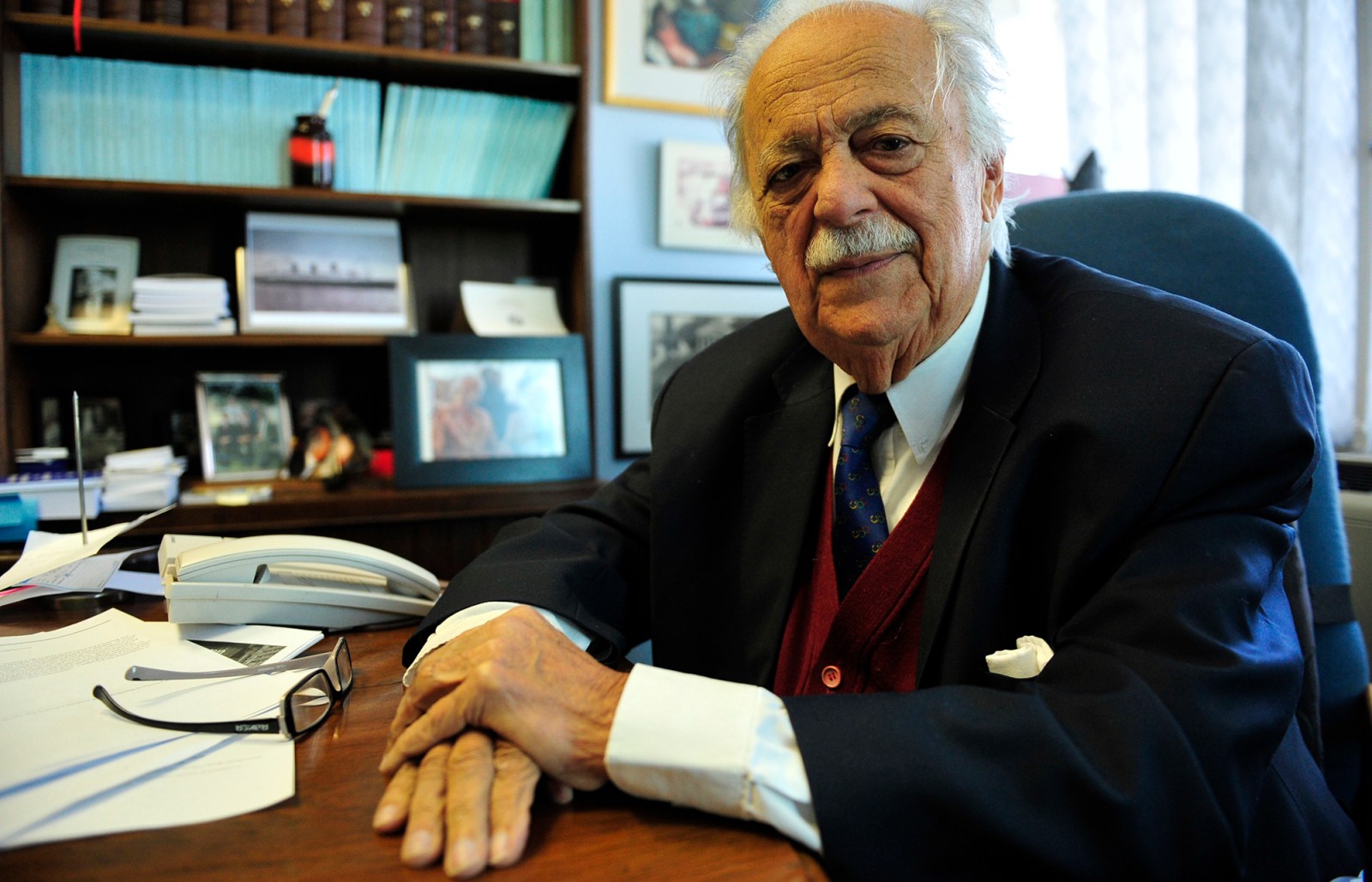 Human rights champion George Bizos has died at the age of 92, ‘peacefully at home of natural causes’ surrounded by family, according to a statement by the Legal Resources Centre.

George Bizos was born in 1928 in Koroni, Greece, and arrived with his father in South Africa, aged 13, as a refugee from World War 2. He went on to study at the University of the Witwatersrand and was admitted to the Johannesburg Bar in 1954.

That marked the start of a legal career that was truly remarkable — not only in the courtroom, but also in its mirroring of South Africa’s transition from apartheid to democracy.

Bizos’s commitment to human rights and after 1994 South Africa’s Constitution — he helped draft the country’s supreme law — remained unshaken as he continued to pursue the practice of law past retirement.

A lifelong friend of Nelson Mandela, whom he met during his studies, Bizos helped defend Madiba, alongside Govan Mbeki and Walter Sisulu, as part of the Rivonia Trial team.

He also appeared in numerous inquests into deaths in detention during apartheid, including those of Neil Agget, Ahmed Timol and Steve Biko.

At the Truth and Reconciliation Commission he served, among others, the families of black consciousness leader Steve Biko and the Cradock Four — Matthew Goniwe, Fort Calata, Sparrow Mkonto and Sicelo Mhlauli — to oppose amnesty applications by apartheid agents.

In democratic South Africa, Bizos, as part of the Legal Resources Centre, appeared for some of the mine workers’ families at the Marikana Commission of Inquiry into the police killing of 34 mine workers on 16 August 2012.

“This is a very sad moment for our country,” he said, recounting Bizos’s failing health during an interaction with him two months ago.

“The news is sad for us as South Africans. George Bizos is one of those lawyers who contributed immensely to the attainment of our democracy…”

“Advocate Bizos was a selfless servant of the legal profession and we owe a great gratitude to him.”

“Now all the Rivonia trialists are joined by the last member of their legal team. Hamba kahle, Uncle George.”

Bizos practised as an advocate until 1990. A year later he joined the Legal Resources Centre as counsel in its Constitutional Litigation Unit.

Bizos is survived by three sons and seven grandchildren. DM