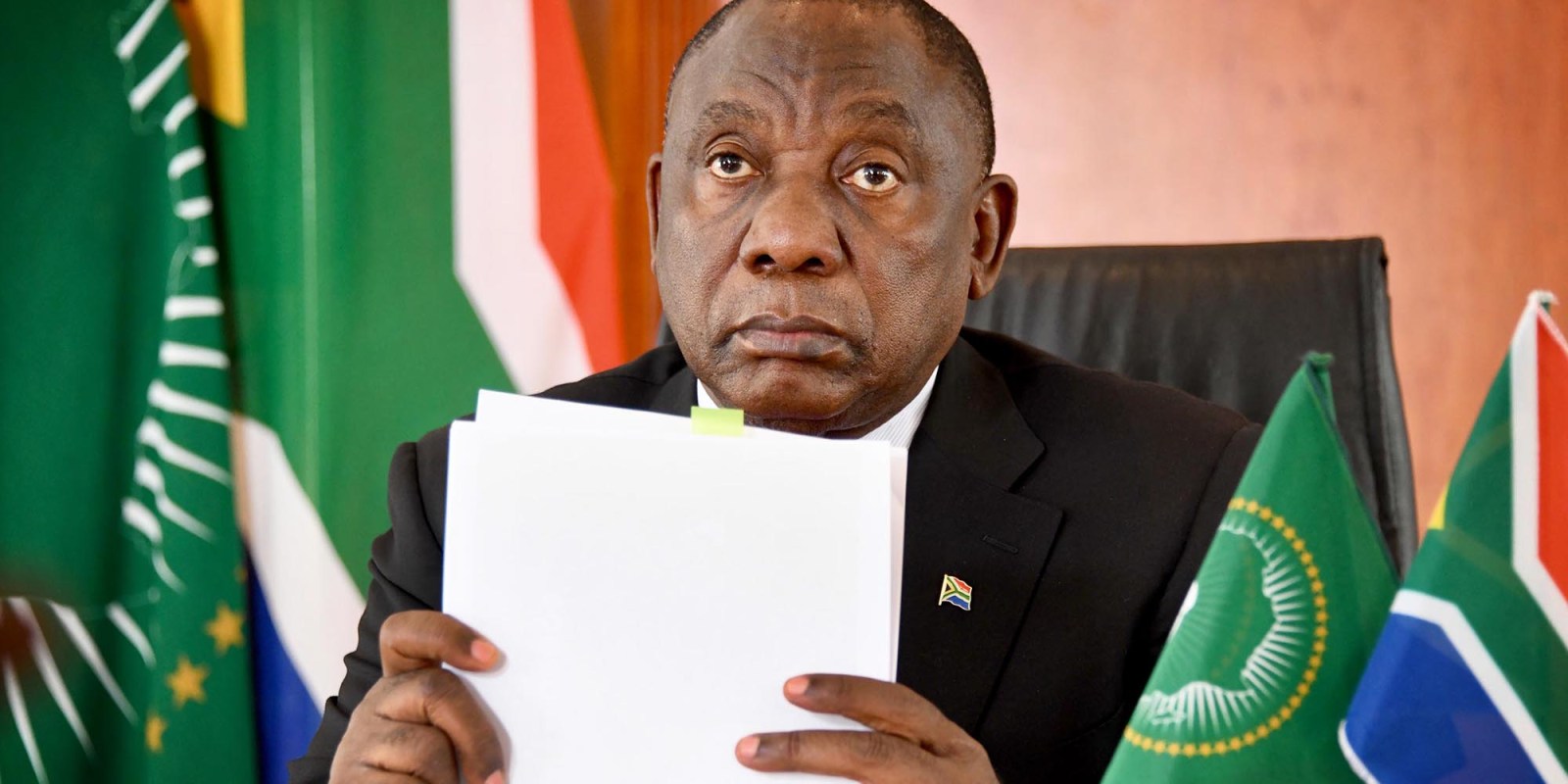 South Africa is, unusually, putting up two candidates for the African Union Commission’s deputy chair, while also for the first time seriously gunning for a top spot on the continental body’s powerful peace and security portfolio in 2021.

African Union (AU) Commission chairperson Moussa Faki Mahamat looks set to be nominated unopposed for a second four-year term – but there are some indications that he could face an uphill struggle to retain the position.

Mahamat would also need the support of two-thirds of the AU member states at the continental body’s next summit in Addis Ababa at the beginning of 2021, when the new commission will be elected. Should he get only a 50 plus one majority in the first round, a number of rounds could follow until this majority is achieved, and if not, voting could be pushed out to the next summit while he remains acting as chair. An official close to the process, however, said Mahamat looks likely to be re-elected.

“He won’t get two-thirds in the first round, but in the second round,” the official predicted. Heavy lobbying is not unusual between voting rounds.

Mahamat and President Cyril Ramaphosa, as current AU chairperson, seem to enjoy a cordial working relationship, but South Africa is said to be unhappy with the slow pace of regional integration under Mahamat’s leadership. Mahamat also enjoys the support of Morocco, while South Africa’s support of Western Sahara’s independence has put relations with Morocco under severe strain.

Should Mahamat fail to be re-elected, there is some talk that Algerian foreign minister and former AU Commissioner for Peace and Security Ramtane Lamamra could be a dark horse nomination for the top spot. Even though his candidature would still not solve South Africa’s gender dilemma for the deputy chairperson position, South Africa is more likely to support a candidate from Algeria and throw its weight behind a female candidate from East Africa for deputy, the official said.

Eddy Maloka, who has received some credit for helping to revive the African Peer Review Mechanism as its chief executive officer, and former ambassador to the AU Ndumiso Ntshinga are South Africa’s – and the AU Southern African region’s – nominations for the Deputy Chairperson position.

For the prominent position of Commissioner for Political Affairs, Peace and Security, South Africa put forward ambassador Kingsley Mamabolo, who is the Acting Joint Special Representative for Darfur and head of the United Nations-African Union Mission in Darfur. The position is a new one created as part of the AU reform process which will reduce the number of commissioners from eight to six, and combines the political affairs portfolio with the position of Commissioner for Peace and Security. Its commissioner is set to deal with some of the most complex issues facing the continent.

There are two other nominations from the Southern African region for this position: Mozambique’s deputy foreign minister, Maria Manuela Lucas, and Zimbabwe’s former ambassador at the AU and in Ethiopia, Albert Chimbindi.

Although he has strong experience for the position and is a respected diplomat, something that might count against Mamabolo is that a South African, Wamkele Mene, already occupies another key position in the AU as the first secretary-general of the African Continental Free Trade Agreement, the official said.

A South African was also nominated for the Commissioner for Education, Science, Technology and Innovation. National Research Foundation chief executive Molapo Qhobela competes in the region with candidates from Botswana, Mozambique and Zimbabwe. Zambia’s Albert Muchinga is nominated for re-election for the position of Commissioner for Economic Development, Trade, Industry and Mining.

The Lesotho Embassy in Addis Ababa, as the acting dean of the Southern African region, last week sent a note verbale to the AU to confirm the region’s two nominations for the deputy chairperson position as well as 14 nominations for the six other portfolios on the commission. Even though the note verbale is confidential, it has been doing the rounds on WhatsApp. The region didn’t mention any names for the Chairperson’s position – only Central Africa explicitly nominated Mahamat, who hails from Chad, for a second term.

East Africa is said to be making a strong push for a female Deputy Chairperson, and has nominated three female candidates from Rwanda, Djibouti and Uganda, as well as a man from Somalia, while the Commission of the Economic Community of West African States (Ecowas) also put up two women, one from Ghana and one from Gambia. Ecowas put up 24 nominations for the remaining six positions.

It is the first time commissioners will be appointed under the reformed AU rules, which officials stress are yet to be adopted and are still subject to change. The new rules emphasise appointing candidates with sufficient merit and the right experience. Candidates first apply domestically and after a strict vetting process they are recommended to the region, which then puts forward a list of chosen names to the AU.

From there a panel of eminent people drawn from all the regions will, with the help of a recruitment agency, go through the CVs and consider a number of variables, such as regional representation, merit and gender, before drawing up a shortlist of candidates to be announced at the end of October or early in November.

“Then in the second phase, that is the political process which leads up to the summit when the final decision is taken,” the official said.

Five regions are represented on the continental body, which means that the three regions that aren’t represented in one of the top two positions will each fill two commissioner portfolios.

Liesl Louw-Vaudran and Mohamed Diatta from the Institute for Security Studies in their policy brief titled “Leading through consensus: South Africa chairs the AU” recommended that South Africa “show commitment to the AU by fielding candidates for key positions within the AU Commission for 2021”.

Before fielding Nkosazana Dlamini Zuma for chairperson in 2012, and even since, South Africa has been slow in nominating candidates for positions on the commission. DM