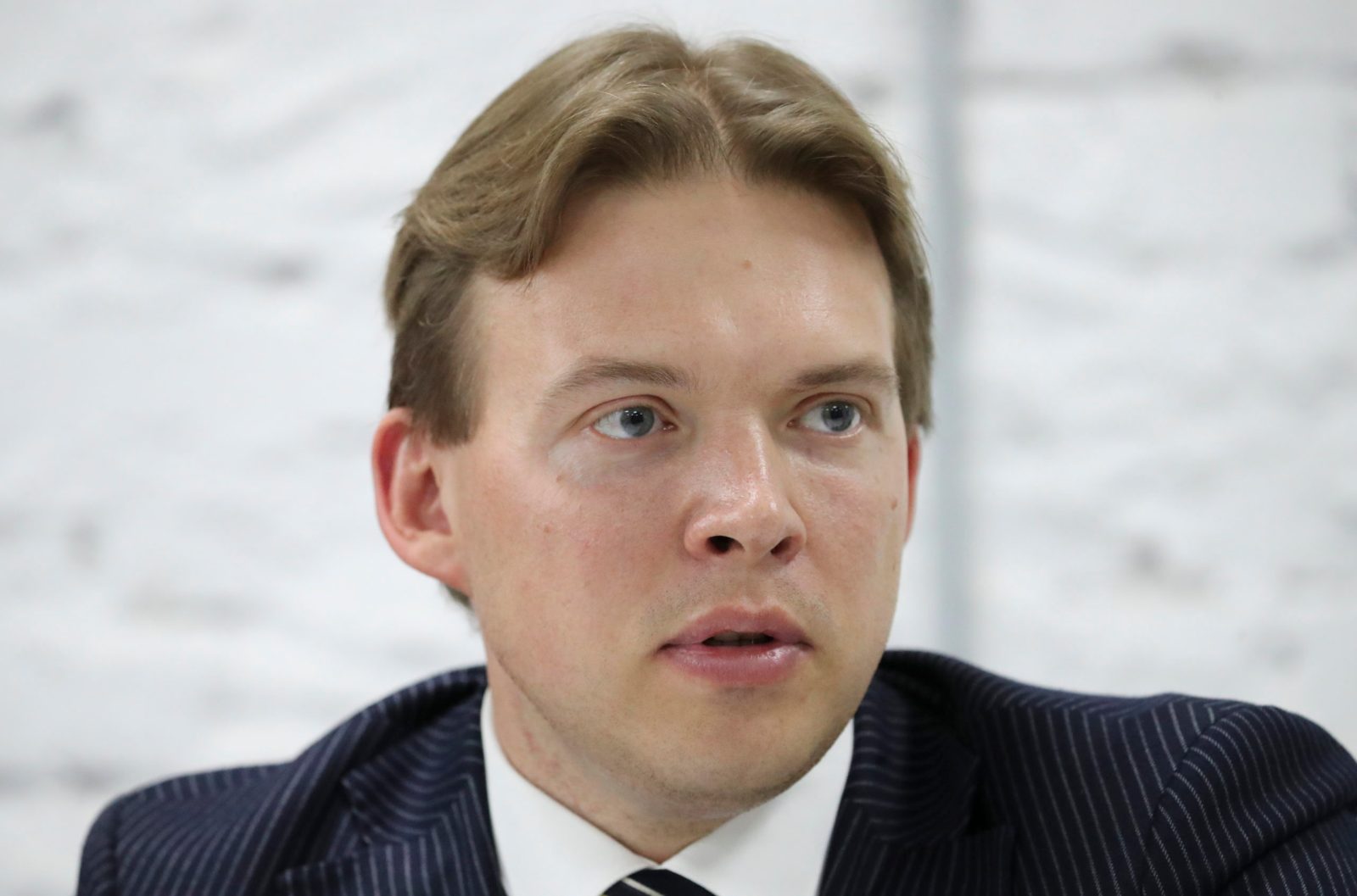 epa08656006 (FILE) - Lawyer Maxim Znak attends a press conference of the Coordination Council of the Belarus opposition in Minsk, Belarus, 18 August 2020 (reissued 09 September 2020). The media team of imprisoned opposition leader Viktor Babaryko on 09 September 2020 said Znak, one of the last remaining Belarusian opposition coordination council members of seven still free, had been arrested by men wearing masks. Znak was expected to participate in a video conference but did not appear. EPA-EFE/TATIANA ZENKOVICH

Sept 9 (Reuters) - Nobel prize-winning author Svetlana Alexievich accused the Belarus authorities of terrorising their own people on Wednesday as another opposition politician was detained by masked men in plain clothes.

Maxim Znak was the latest figure to be seized in a systematic campaign by the government of President Alexander Lukashenko to round up the leaders of a month-long mass protest movement.

“What is happening is terror against the people,” said Alexievich, who summoned supporters to her home after being harassed by repeated phone calls from unknown numbers and constant ringing by strangers at her door.

“We have to unite and not give up our intentions. There is a danger we will lose the country,” she said.

Znak was detained two days after another opposition leader, Maria Kolesnikova, was snatched in the street by masked men. Both are prominent leaders of protests demanding the resignation of Lukashenko following an Aug. 9 presidential election that the opposition says was rigged. Lukashenko denies vote-rigging.

Znak was the last member of the opposition’s Coordination Council still active inside Belarus apart from Alexievich, who has served as a figurehead for the movement.

All the rest have fled, been forced abroad or been detained in a crackdown by Lukashenko’s security forces as he seeks to maintain his 26-year grip on power in the former Soviet republic.

“First, the country was kidnapped from us, (now) the best of us are being kidnapped. But instead of those torn from our ranks, hundreds of others will come,” Alexievich, winner of the 2015 Nobel Prize for Literature, said in a separate statement.

“We were not preparing a coup. We wanted to prevent a split in our country. We wanted a dialogue to begin in society. Lukashenko says he will not speak to the street, but the street is hundreds of thousands of people who go out every Sunday and every day. This is not the street. This is the people.”

Lukashenko was quoted by the official news agency Belta as saying Belarus, Russia and Ukraine were “Slav states that need a strong leader with defined powers”. He has rejected dialogue with the opposition, which he says is bent on wrecking the country.

The 66-year-old leader retains the backing of Russian President Vladimir Putin, an important ally, but faces the likelihood of European Union sanctions against Belarusian officials involved in the election and its violent aftermath.

For Russia, Belarus is strategically important as a buffer state against NATO and a transit country for its exports of oil and gas. Russian news agency RIA said Lukashenko would visit Moscow for talks on Monday.

The detention of Znak on Wednesday was part of a criminal case against the opposition’s Coordination Council “for inciting actions aimed at harming the national security of the Republic of Belarus”, his lawyer Dmitry Laevsky said.

Fellow opposition leader Kolesnikova was seized in similar circumstances on Monday. On Tuesday she thwarted an attempt to deport her by tearing up her passport to avoid being forced to cross the border into Ukraine, two of her allies said.

“It’s clear Lukashenko is afraid of negotiations and is trying in this way to paralyse the work of the Coordination Council and intimidate its members. But there is no alternative to negotiations, and Lukashenko will have to accept this,” said Sviatlana Tsikhanouskaya, who ran against Lukashenko in the August election and fled soon afterwards to Lithuania. (Reporting by Maria Kiselyova and Alexander Marrow; Writing by Mark Trevelyan; Editing by Andrew Osborn and Timothy Heritage)