ANC group unlikely to meet anyone but Zanu-PF in Zimbabwe 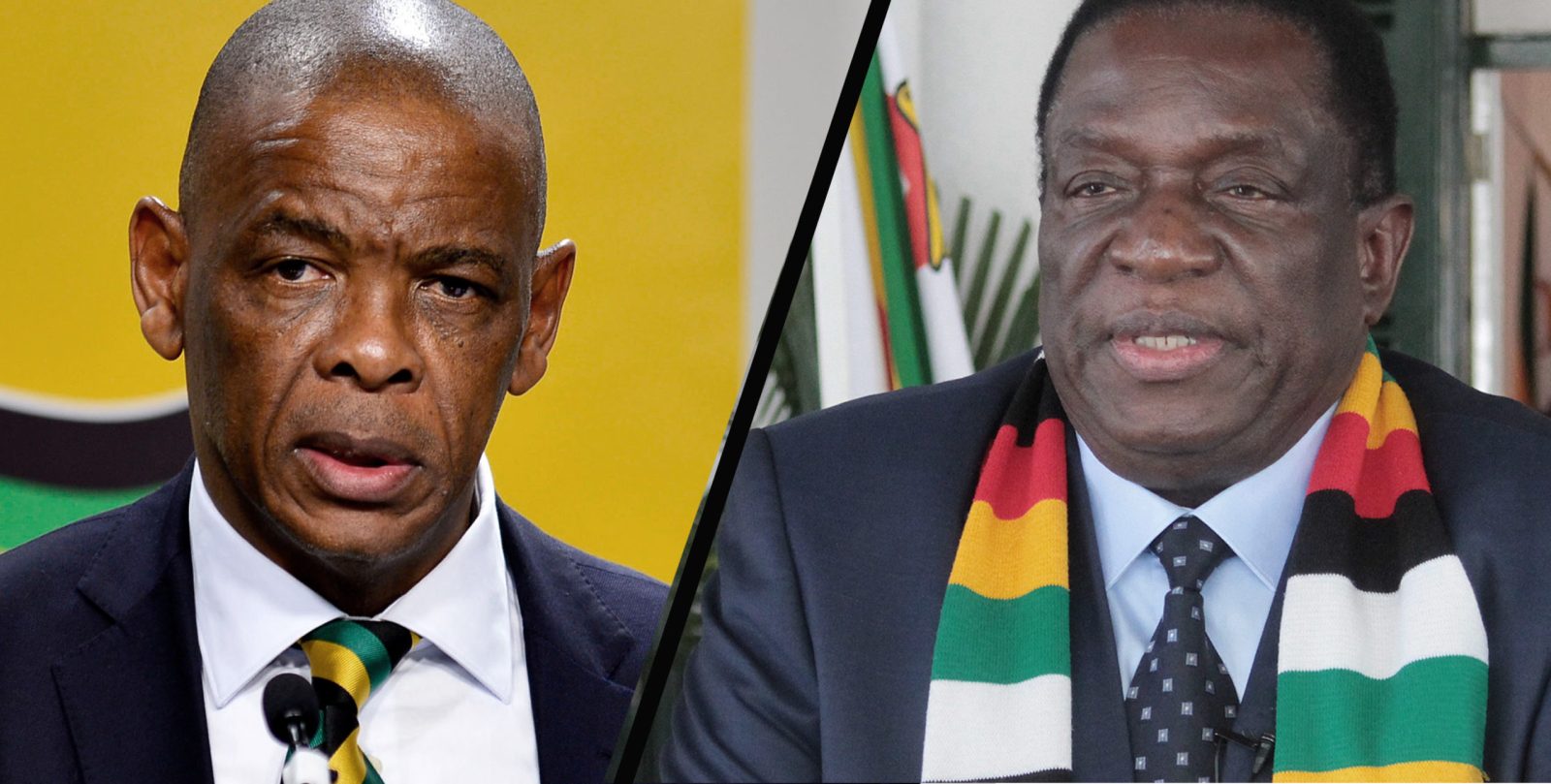 A senior ANC delegation arrived in Zimbabwe on Tuesday night to meet the ruling Zanu-PF — but with still no clarity on whether they would also meet the opposition and others.

On arrival at Harare airport, ANC Secretary-General Ace Magashule, who is heading the delegation, told local journalists they had come to Zimbabwe to meet Zanu-PF.

But Magashule added that many others also wanted to meet them. The delegation would discuss this, he said. Other sources said they would only know if they would meet any others after meeting the Zanu-PF politburo on Wednesday. That made it sound as if they would have to get approval from Zanu-PF. The Zimbabwe ruling party evidently doesn’t want them to meet anyone else. It said in a statement:

“Following inquiries from various quarters and our friends from the media in particular on the purpose of this meeting, Zanu-PF wishes to make it categorically clear that this is a meeting between Zanu-PF and the ANC delegation only.”

Officials in the main opposition party, the Movement for Democratic Change Alliance (MDC-A) headed by Nelson Chamisa, told Daily Maverick that no meeting had yet been scheduled with the ANC delegation. It looks like a repetition of what happened in August.

When President Cyril Ramaphosa’s special envoys — former cabinet minister Sydney Mufamadi and former parliamentary speaker Baleka Mbete — visited Zimbabwe then, they also intended to meet the two MDC formations as well as various members of civil society. But after they met President Emmerson Mnangagwa he wouldn’t allow them to see anyone else.

It is clear that the ANC wants to meet others on the present mission. When he announced the ANC visit to Zimbabwe on 31 August after an ANC National Executive Committee (NEC) meeting, President Ramaphosa said that the NEC had “expressed a deep desire” for the ANC to meet Zimbabwean stakeholders other than Zanu-PF “because clearly it’s important that we get as broad a view of what is happening in Zimbabwe as we possibly can”.

But it now looks as though the ANC is allowing Zanu-PF to dictate its itinerary. The problem stems from the ANC and ZanuPF having very different ideas about the purpose of South Africa’s intervention in Zimbabwe.

Zanu-PF spokespeople have told local media that they see the meeting with the ANC primarily as an opportunity to discuss ways in which South Africa could help Zimbabwe by persuading Western countries to lift remaining sanctions against the country. They have stressed that there is no crisis in Zimbabwe and that the perception of one is the creation of hostile media.

But Ramaphosa and other ANC government officials have made it clear that they need to talk to Zanu-PF to find ways of addressing a political, economic and social crisis that is increasingly spilling over South Africa’s borders.

At the same press conference after the NEC meeting, Ramaphosa said it was important to meet Zimbabwean stakeholders to discuss how South Africa and Zimbabwe could be supportive of each other as South Africa was “having to deal with a situation on our borders”.

Sources told Daily Maverick that the ANC delegation would be “frank and honest” in discussing the Zimbabwe crisis with Zanu-PF.