The cause of Africa’s coups is a crucial question 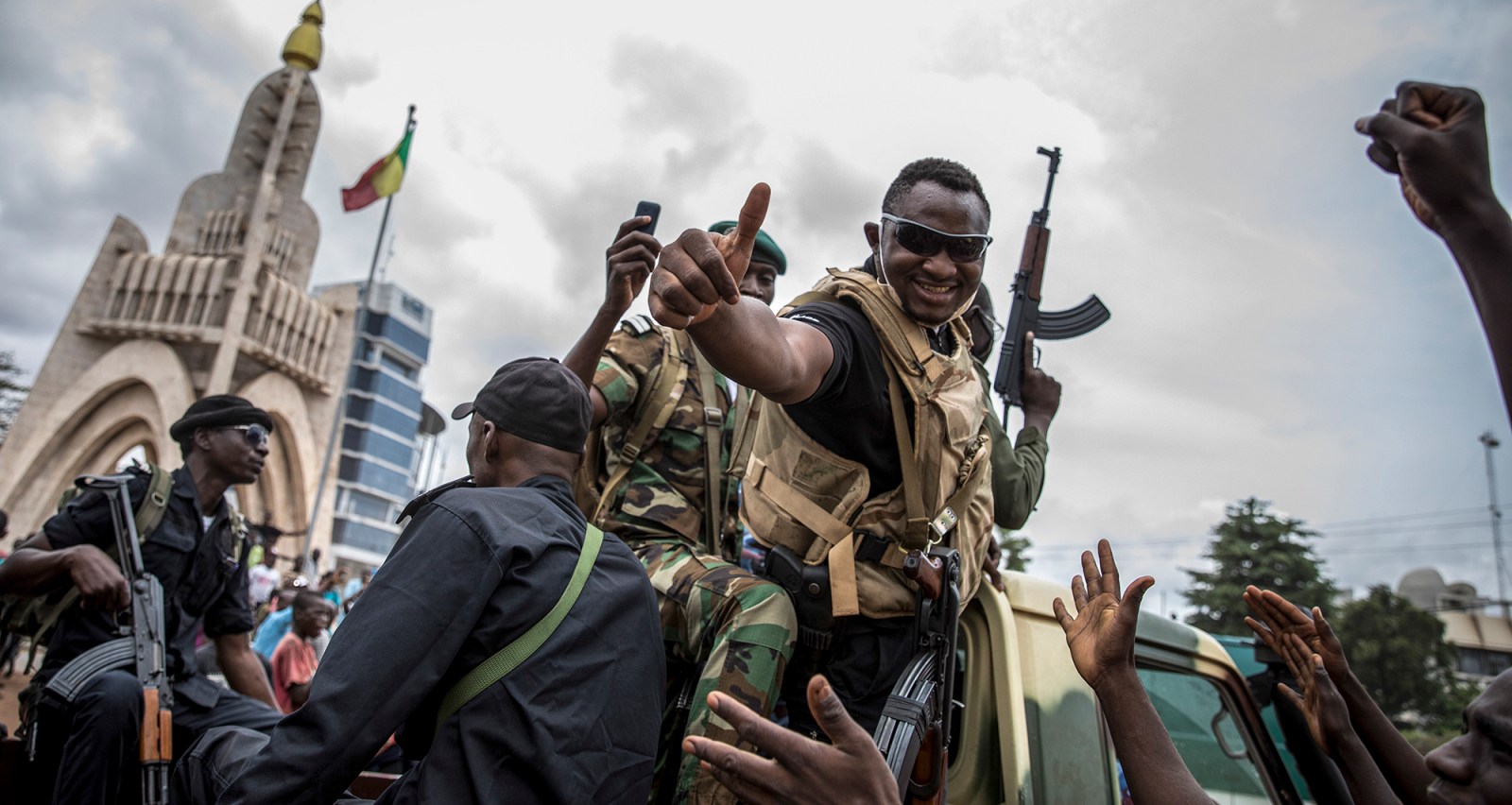 The near unanimous condemnation of the mutiny in Mali followed by the forced resignation of president Ibrahim Boubacar Keïta questions the consensus around unconstitutional changes of government in Africa.

In a rare alignment, various international peace and security actors condemned Mali’s 18 August 2020 coup d’état. They also called for a return to constitutional order, despite Keïta’s resignation and his dissolution of parliament and government. The Economic Community of West African States (ECOWAS) and the African Union (AU) went even further with targeted sanctions to coerce the coup plotters out of power.

This new appetite for sanctions from African organisations seems surprising, given the AU’s tendency to criticise international sanctions against African states. Why has unconstitutional change of government become the red line of African statutory norms on democracy and governance?

The systematic mention of “democratically elected government” illustrates both the context and spirit behind the Lomé Declaration. At a time when democratic constitutionalism was new in Africa, the aim was to protect the authority of civilian political institutions from the “authoritarianism” of military interventions.

Since 2000, the citizen debate on democracy and governance in Africa has evolved. Priorities have shifted to the quality of electoral processes, the value of term limits, but also legitimacy, performance and accountability in political and economic governance. Social discontent, largely expressed through protest, has been met with varying degrees of suppression, co-option and consolidation of the status quo.

On key governance issues, regional organisations have generally remained silent, despite the development of an African Governance Architecture (AGA) in 2011. Only 17 countries have signed and six ratified the 2014 African Charter on the values and principles of decentralisation, local governance and local development. And only ink-service is paid to the principles of responsiveness, transparency, accountability and civic responsibility.

The council’s call for “a zero tolerance for government policies and actions that may lead to a resort to unconstitutional means to overthrow oppressive systems” has not changed the dominant norms and actions.

The council’s call for “a zero tolerance for government policies and actions that may lead to a resort to unconstitutional means to overthrow oppressive systems” has not changed the dominant norms and actions. Despite the clarity provided by the PSC, in practice the AU and regional organisations have reduced democracy to the holding of elections and selective respect for term limits.

Meanwhile, the quality of electoral processes is a recurrent trigger point, as was the case with Mali’s delayed and allegedly rigged March 2020 parliamentary elections. On elections, the AU and regional organisations routinely resort to observer missions. Their conclusions rarely challenge official results, even though emboldened civil society and judiciaries identify rigging. Recent elections in Kenya and Malawi are reminders.

On governance monitoring, the relevance of the AU’s African Peer Review Mechanism can legitimately be questioned. Despite being around for two decades, its impact on the evolution of governance is hardly visible.

Against this backdrop, the concept of unconstitutional change of government has become AGA’s main focus, while all the other dimensions of legitimate and responsive governance have been systematically scuttled by member states. In places like Mali, prioritising a symptom – i.e. the coup – over addressing root causes such as dubious legitimacy and corruption, makes the AU and ECOWAS’s response look like a protection of incumbency.

Both organisations have been silent about government inertia on inequality, the rule of law and fair electoral governance. The African and international approach seems to privilege the “legality” over the legitimacy of sitting heads of state. This approach systematically puts intergovernmental organisations at odds with those countries’ citizens.

Africa’s peace, security and governance norms and instruments will increasingly be tested by complex challenges. Reports from early warning systems and civil society organisations often correctly predict governance failures. Without political commitment to conflict prevention, the AU and regional organisations will increasingly react rather than pre-empt crises. It then becomes politically expedient to condemn a coup rather than take bold political steps to address the causes of social discontent.

The focus on unconstitutional changes of government reflects simplistic approaches to governance crises. Urgent calls by international parties for elections to restore constitutional order are questionable – particularly when constitutions or voting systems could be part of the problem.

The political crisis in Mali is an opportunity to review African conflict prevention instruments, particularly regarding governance issues. Instead of focusing on elections and unconstitutional changes of government, other dimensions such as mediated dialogue and inclusive crisis management should be given greater attention.

In the absence of a more holistic concept of democratic governance, banning unconstitutional changes of government risks being misconstrued as a bonus for sitting presidents who want to stay in power. The challenge for the AU and regional organisations is to build bridges with civil society and develop effective capacity to prevent political crises. DM