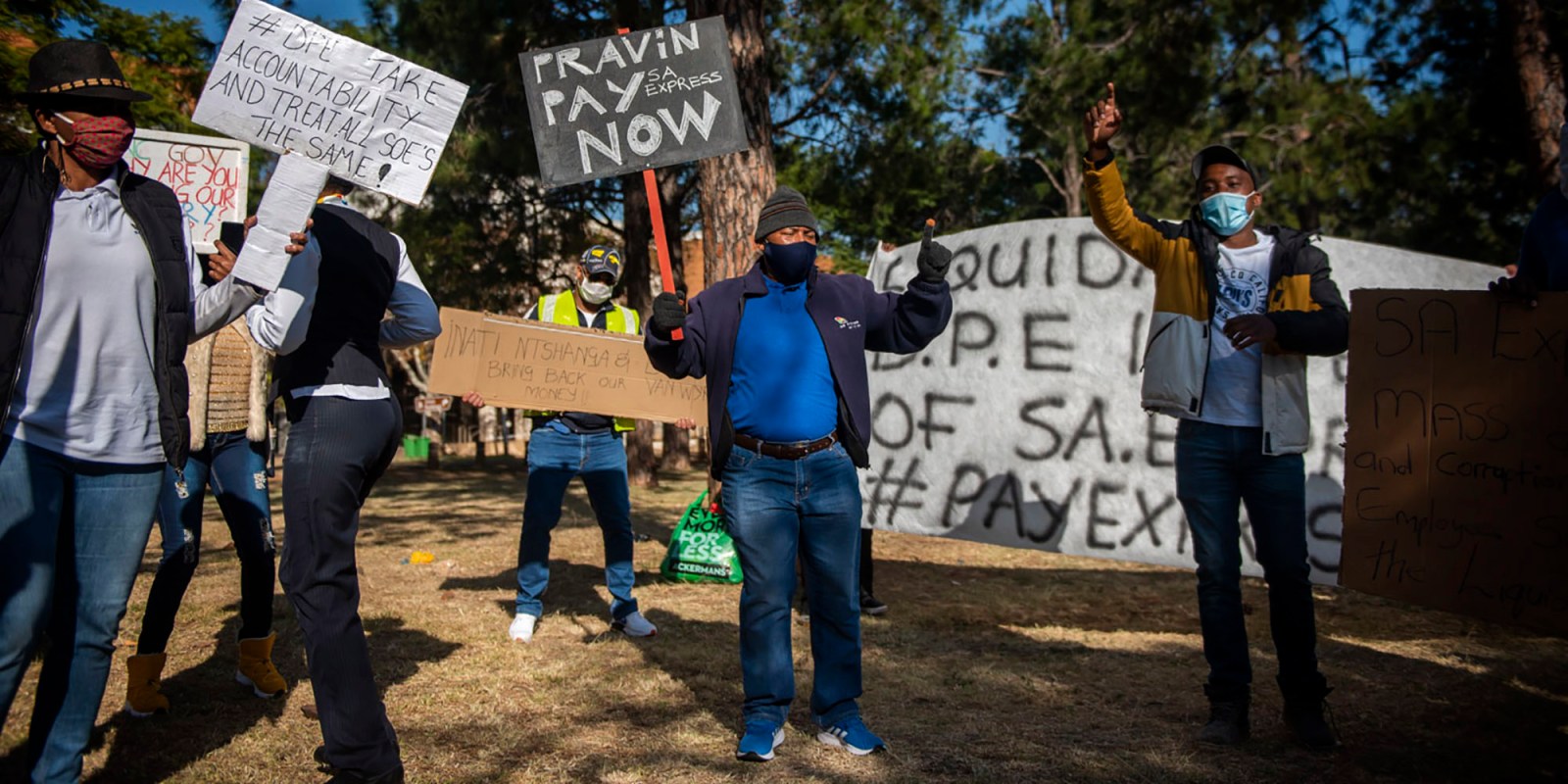 The SA Human Rights Commission wants to urgently meet with the government as it believes that the human rights of SA Express workers have been infringed because they haven’t been paid for work done or received retrenchment packages.

Ahead of a crucial court hearing this week that will determine the future of SA Express, the government has been hauled to the SA Human Rights Commission to explain why more than 600 workers have not been paid their full salaries for six months.

SA Express is a troubled state-owned airline that is under provisional liquidation because it has completely run out of cash, and its future now is in the hands of the court.

Those against a final liquidation will argue that there are chances that SA Express could be rescued because at least 17 private sector investors have tabled offers to buy the airline’s entire operations or aviation assets.

And those supporting the final liquidation will argue that any rescue effort has been made herculean by the Covid-19 pandemic, which has devastated the aviation industry, and they will propose an orderly shutdown of the airline – one where every affected party is paid outstanding monies, although no party will get full payments.

But before the court hearing, the SA Human Rights Commission wants to urgently meet with the government as it believes that the human rights of SA Express workers have been infringed because they haven’t been paid for work done or received retrenchment packages. The government in this case is mainly the Department of Public Enterprises, which is the sole shareholder of SA Express, supported by the Department of Employment and Labour, and the National Treasury.

In a letter to the government dated 1 September 2020, the commission requested a meeting to “mediate for a solution that corrects the alleged human rights violations of the SA Express employees”.

SA Express was at the centre of SA’s State Capture story of corruption, with some of the tenders to run the airline’s operations being unlawfully awarded to politically connected individuals. Today, the airline is insolvent, owes creditors more than R2.5-billion, and its planes have been grounded.

The commission said the “mismanagement” of SA Express and the “flagrant violations of the Public Finance Management Act” by civil servants within the airline, “continues to unfold before the Judicial Commission of Inquiry into Allegations of State Capture.”

“This mismanagement has resulted in the infringement of the rights of the SA Express employees.”

The commission said that while it understands that SA Express is a state-owned entity, which is governed by the Companies Act and now the Insolvency Act, the airline and application of these acts are “subordinate and bound by the Constitution and the values therein”.

At the time of publishing, Business Maverick understands that a meeting with the SA Human Rights Commission was not scheduled ahead of the high court hearing. A Public Enterprises spokesman said the department would avail itself to meet with the commission. The department also said its powers to intervene in SA Express’s affairs is limited because the airline is now controlled by the team of provisional liquidators – led by Aviwe Ndyamara.

“The plight of SA Express employees is unfortunate. It is a result of financial difficulties that were worsened by the malfeasance that took root in recent years, and especially during the State Capture period.

“We are deeply sympathetic to their situation despite the limitations we have in terms of the payment of their salaries, and the restrictions imposed by the laws that govern liquidations,” the department said in a statement.

The last time that SA Express workers – estimated to be 691 in total – were paid full salaries was in February. To date, SA Express workers collectively are owed at least R132-million in outstanding salary payments because the airline had a monthly net salary bill (after statutory payments such as pension, Unemployment Insurance Fund contributions, medical aid, and income tax), of R22-million.

Since March, SA Express workers have been surviving on maximum payouts of R7,000 from a special Covid-19 temporary employee relief scheme that was recently put in place by the Unemployment Insurance Fund. The last payout from the UIF was in May.

The SA Human Rights Commission’s request for a meeting with the government departments was sparked by a complaint it received on 25 August from SA Express worker representatives about outstanding salaries and retrenchment packages.

The worker representatives said in a complaint, which was accompanied by signatures of 1,400 people (SA Express workers and other affected parties of the airline):

“There have been alleged promises from the DPE [Department of Public Enterprises] that they are engaging other departments to assist us. However, we feel that the process is taking forever while we are starving.” DM/BM